How businesses can use whimsy to creatively market themselves

How businesses can use whimsy to creatively market themselves

We previously highlighted quirky but effective installations in alleys and streetscapes, as well as more defined public art programs. In this third and final installment, we’ll focus on ways that individual businesses can use whimsy to creatively market themselves while enhancing the entire district. This can be done through signage, merchandising, the use of the out-of-the-ordinary, or even the use of the ordinary in interesting new ways. This type of “funkiness” can work in historic districts as long as it does not detract from or destroy the overall historic character.

A perfect example of quirky but effective signage is Max’s Pizza in Atlanta, Georgia. The way they used planters for signage is out-of-the-box, but since they had the space to do so, it captures attention in a positive way. 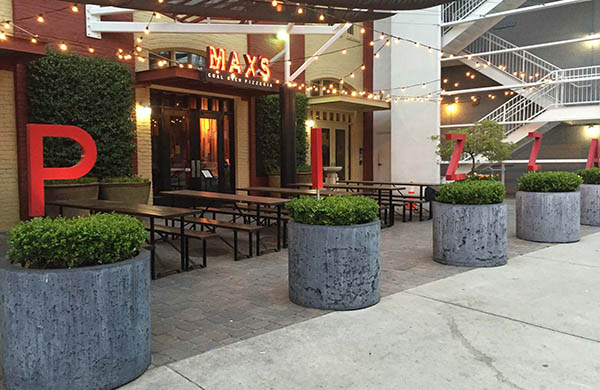 The Toad House in Ladysmith, Wisconsin, took advantage of its steep side yard to create unforgettable signage that fits the character of the business. 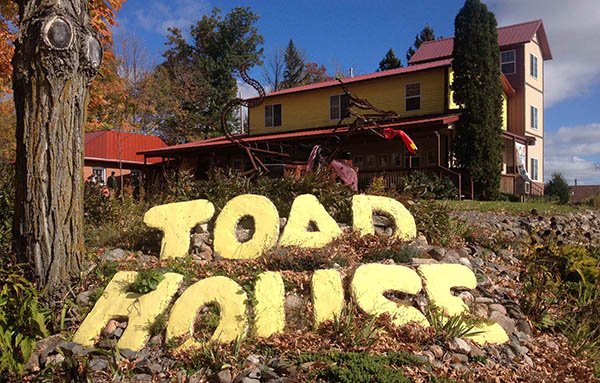 Lakefront Brewery in Milwaukee uses these wild Larry, Moe and Curly characters at the entrance to the brewery. 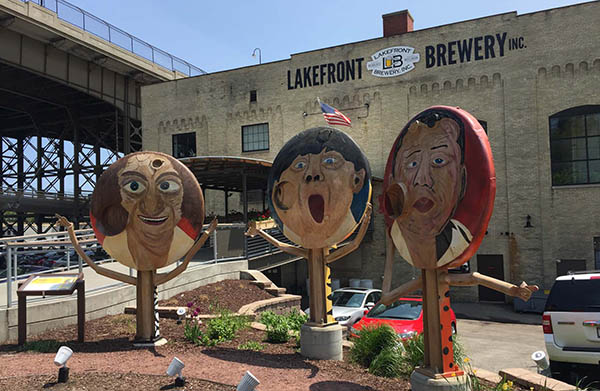 This cafe and bike shop in Cambridge, Wisconsin, creates a funky vibe with its eclectic outdoor seating and fun artwork. 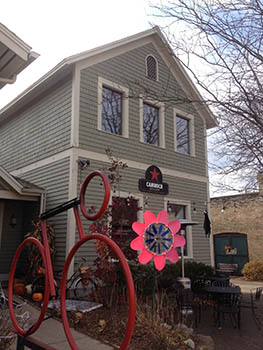 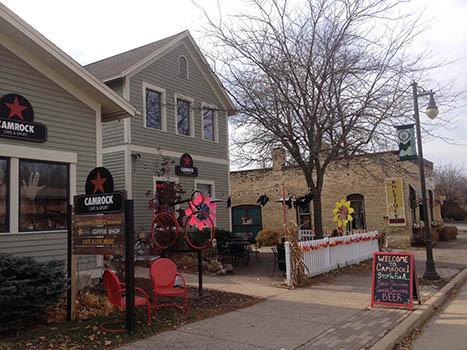 It’s hard for a restaurant that serves donuts, chicken and beer to take itself too seriously. Mike’s Chicken & Donuts in Kenosha, Wisconsin, doesn’t shy away from being funky and fun, using murals and neon for signage. 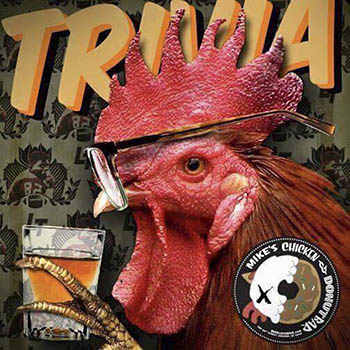 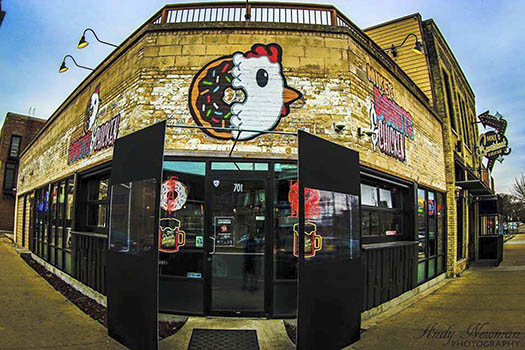 Speaking of chickens, this restaurant in Milwaukee proves that lighthearted artwork can even be used for an upscale establishment. 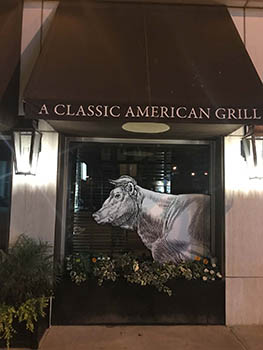 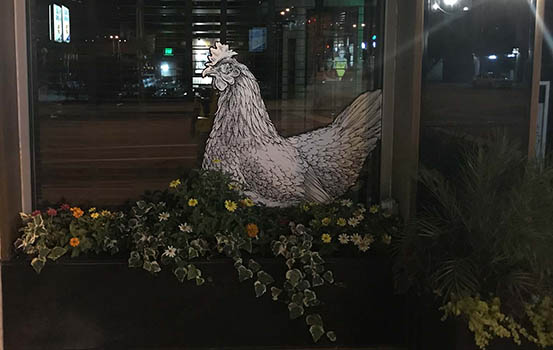 And speaking of animals, the State Street Brats patio in Madison is delightfully graced by cow statues, along with colorful flags and lighting. 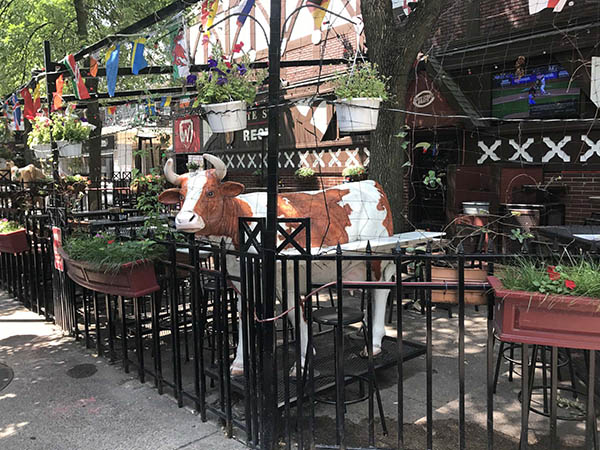 When it comes to outdoor seating, Froggy Bottoms in Northfield, Minnesota, has a (frog) leg up on the competition, utilizing a unique multi-story outdoor space that clings to the side of the building above the river.

The Red Wing Boots corporate offices in Red Wing, Minnesota, occupy a former retail building, meaning that several of the old storefront entrances are no longer in use. Instead of closing them off, which would have destroyed the historic integrity of the building, they used large sculptures of their boots in the entryways. 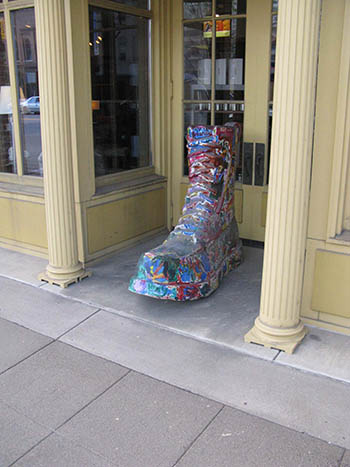 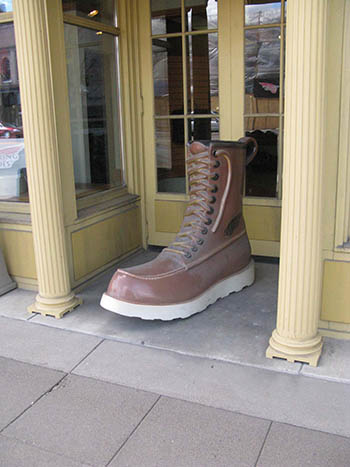 And lastly, multiple businesses in Menomonie, Wisconsin, have done a great job of creating quirky but effective open signs and outdoor merchandising. Together, they create a feeling of vibrancy throughout the district. 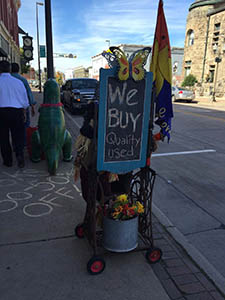 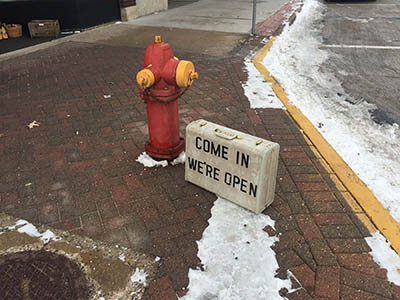