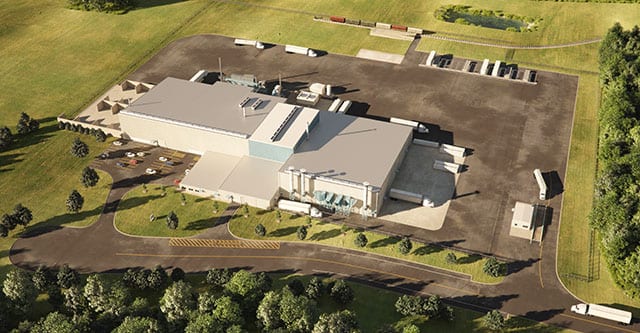 Matalco Inc. has begun construction on a new state-of-the-art plant in Wisconsin Rapids. The $80 million project is expected to create 80 jobs over the next three years.

The new 110,000-square-foot greenfield re-melt extrusion billet and slab manufacturing facility will produce more than 230 million pounds of aluminum billet per year. It will be the second new plant the Ontario-based manufacturer has built since expanding operations to the United States in 2010, and its fifth plant overall.

“After a lengthy selection process, we decided on Wisconsin Rapids as the site of our new plant because of its location relative to our market, its exceptional workforce and the comprehensive incentive package and assistance provided from both the state and local levels,” said Robert Roscetti, Matalco’s vice president of corporate development. “Overall, we are proud to be part of this progressive community, as this will bring new jobs and opportunities to the region.”

“We welcome Matalco to Wisconsin and thank the company for its decision to expand its operations into our state,” said Tricia R. Braun, deputy secretary and chief operating officer of the Wisconsin Economic Development Corporation (WEDC), the state’s leading economic development organization.

WEDC is supporting the project with up to $1,500,000 in state income tax credits over the next three years, dependent on Matalco’s total investment and the number of jobs created. In addition to the 80 jobs expected to be created by Matalco, an economic modeling study estimates the project could indirectly generate 48 additional jobs in the region.

Matalco Inc. was founded in 2005 and is headquartered in Brampton, Ontario, Canada. In addition to its flagship plant, the company currently operates three other facilities in Lordstown and Canton, Ohio, and Bluffton, Indiana. Together these four facilities have the combined annual capacity to produce 1 billion pounds of high-quality billet for sale to building, constructing and automotive markets.