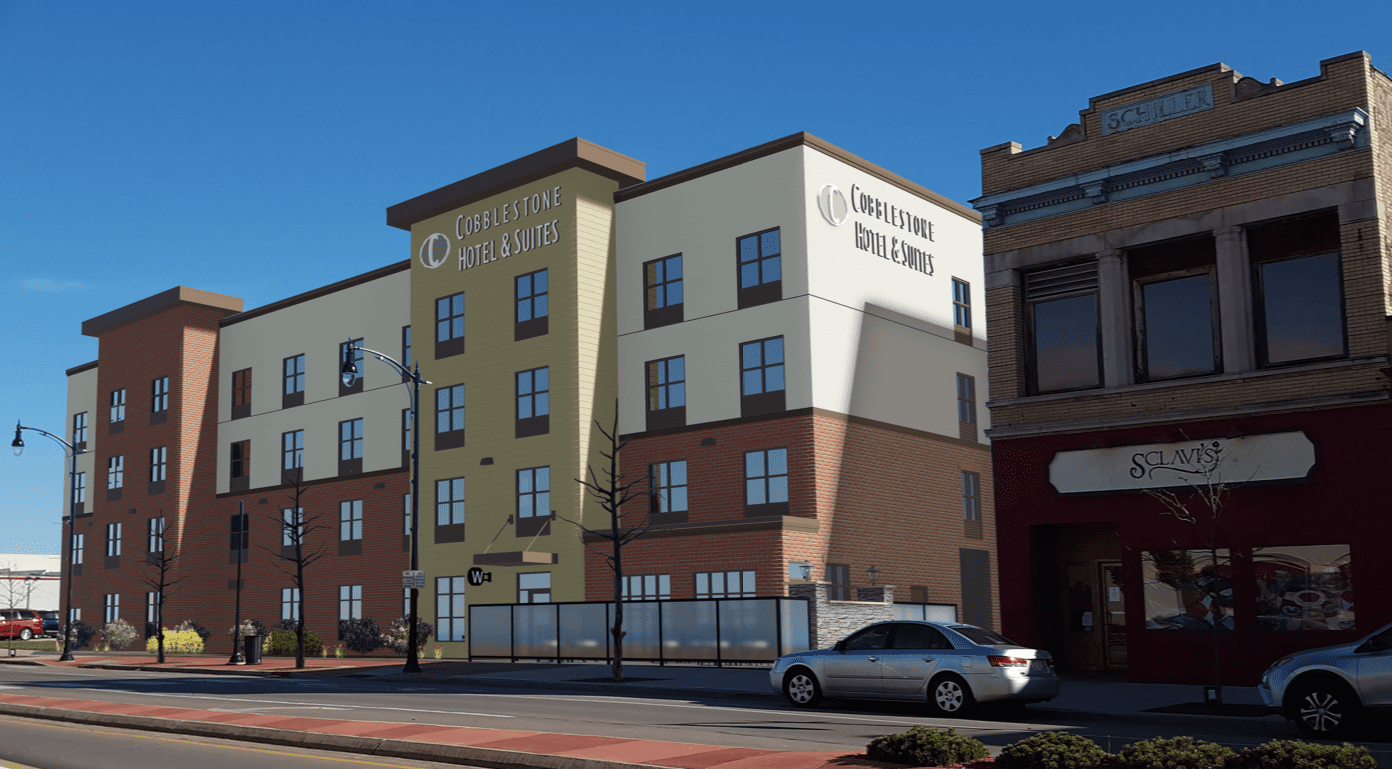 The Community Development Investment Grant from the Wisconsin Economic Development Corporation (WEDC) will support the partnership between the City of Superior and Superior Hotel Group, LLC bring a 36,800 square-foot, four-story, upper-midscale Cobblestone Hotel & Suites branded hotel to the downtown. The project is expected to be completed by the end of 2021.

“A vibrant downtown is vital to a community’s overall economic success, and the new Cobblestone Hotel & Suites will play a key role in bringing more visitors to downtown Superior to enjoy the many amenities the city has to offer,” said Missy Hughes, secretary and CEO of WEDC. “This is the latest example of WEDC’s ongoing commitment to help communities throughout the state revitalize their business districts.”

“We are proud to welcome Cobblestone to our reviving and thriving downtown,” said Superior Mayor Jim Paine. “This project is yet another successful partnership with WEDC to improve our community.”

Superior’s downtown is a lively and growing business district with more than 100 businesses and home to more than 200 residents. The addition of an upper-midscale hotel will allow business travelers and tourists to stay right in the heart of downtown within walking distance to restaurants, breweries, retail and specialty shops. The project will help to make the central business district a destination rather than a place to visit and leave for lodging elsewhere.

The location also offers more lodging options for visitors to UW-Superior and to the nearby Superior Amateur Hockey Association.

The hotel will be operated under a franchise agreement with Cobblestone Hotels, LLC, a chain of U.S. hotels that is based in Neenah, Wisconsin. This development will include a Wissota Chophouse restaurant and bar, similar to several Cobblestone branded hotels in downtowns in other parts of the state.

City officials estimate that more than 30 construction jobs will be created and a total of 35 full-time and part-time jobs will be created for the hotel itself once it is up and running. They also project an assessed value of $8 million after the project is completed, which constitutes an increased tax base for the City.

“Superior is experiencing an unprecedented resurgence that has been fueled by public-private partnerships,” said state Rep. Nick Milroy. “The Cobblestone development will be an important anchor to the long-term success of our downtown. I’m excited to help move this project forward and look forward to future investments.”

The hotel, which is being built on a lot that has been vacant for more than a decade, will also complement recent investments in the downtown including a brewery, two restaurants and a rehabilitation of the Empire Block.

“Cobblestone knows what we know, that Superior is entering an era of revival and prosperity,” said state Sen. Janet Bewley. “WEDC recognizes this, and the wisdom of investing in this project. Given the area’s strong labor force, training opportunities and excellent health care, this Cobblestone project makes perfect sense and will help ensure the vitality of the downtown district.”

WEDC’s Community Development Investment Grant Program supports community development and redevelopment efforts, primarily in downtown areas. The matching grants are awarded based on the ability of applicants to demonstrate the economic impact of the proposed project, including public and private partnership development, financial need, and use of sustainable downtown development practices.

From the program’s inception in 2013 to Sept. 30, 2020, WEDC has awarded nearly $26.7 million in CDI Grants to 87 communities for projects expected to generate more than $446 million in capital investments statewide.