Focus Forward Podcast Ep 5: The Power of a Tech Ecosystem with Aaron Olver

Focus Forward Podcast Ep 5: The Power of a Tech Ecosystem with Aaron Olver

Aaron Olver, managing director of University Research Park, talks tech and exponential growth through innovation. WEDC Secretary and CEO Missy Hughes speaks with Olver about the state’s technology ecosystem and how it remains successful during a pandemic. 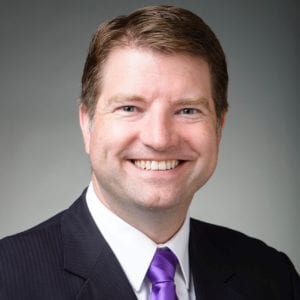 Aaron Olver is the Managing Director of the University Research Park. Established in 1984, University Research Park, a University of Wisconsin-Madison affiliate, is an internationally recognized research and technology park that supports early-stage, and growth-oriented businesses in a range of sectors, including engineering, computational and life sciences.

Olver previously served as Director of Economic Development for the City of Madison.  Prior to joining the City, Olver spearheaded Wisconsin’s economic development efforts serving as the Secretary of Commerce under Governor Jim Doyle.  He held a handful of roles over two terms in the Doyle administration and led numerous economic development initiatives including the development of the Governor’s plan, Grow Wisconsin, and the creation of an entrepreneurship agenda that launched programs such as Wisconsin’s Angel and Venture Capital tax credits (QNBV).

Before entering public service, Olver was management consultant with McKinsey & Company in Chicago, IL where his practice focused on business development and growth strategy.

Olver earned an undergraduate degree in Economics from the University of Wisconsin – Madison and a graduate degree in Philosophy, Politics, and Economics from Oxford University, Oxford, UK, where he was a Rhodes Scholar. He serves on the boards of the Greater Madison Chamber of Commerce, the Wisconsin Technology Council, the Madison Symphony Orchestra, Forward BioLabs, and the Waisman Biomanufacturing Advisory Board.