Alexander Kempe, president and CEO of Novir, the testing solutions company and winner of the We’re All Innovating contest, talks with WEDC Secretary Missy Hughes about his company’s antibody test and the need for innovation in the pandemic. 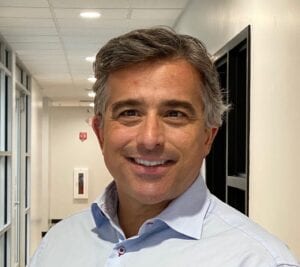 Mr. Kempe has two-and-a-half decades of operating and investment management experience in the healthcare industry, primarily with GE Healthcare (GEHC) in a number of strategic, operational and financial leadership positions in the U.S. and Europe.

He is the former Director of Strategic Alliances & Vice President of Home Health at GEHC. Prior roles include: General Manager of GEHC Americas and Chief Financial Officer and Vice Chairman of GEHC EMEA and GEHC Kretztechnik (NM: KTA). He later founded an investment firm, 37celsius Capital Partners, focused on global digital health companies.

Mr. Kempe is a native of Sweden, and he received a Bachelor of Science degree from Uppsala University in business administration and economics. He spent four years in the military, including ROTC, serving as a Lieutenant of the Lapland Ranger Regiment in Kiruna, Sweden.