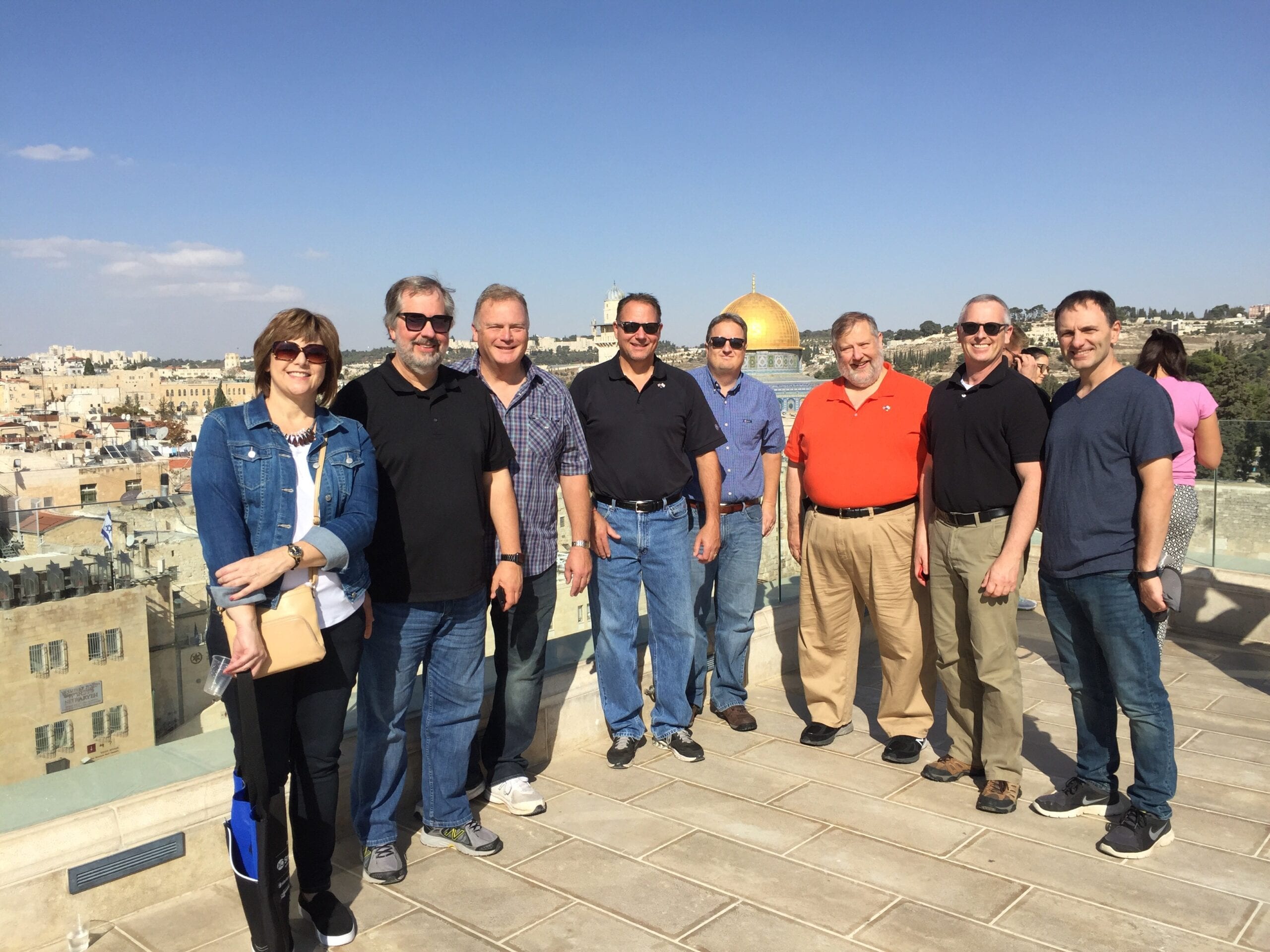 Gross Automation CEO Bob Gross (in orange shirt) was part of the Wisconsin delegation on a trade mission to Israel in 2017. The group is shown here on a walking tour of Jerusalem.

Gross Automation, a Brookfield-based value-added distributor of industrial automation and electrical control technologies, is the recipient of the 2020 Governor’s Export Achievement Award.

The company helps original equipment manufacturers, system integrators and all types of manufacturers increase their productivity, lower their costs and grow their profits. It serves customers around the world in industries including alternative energy, maritime and marine, pulp and paper, food and beverage, aviation and aerospace, mining and metals, automotive and materials handling. Gross Automation employs 31 people, but also views its workforce impact in terms of employees’ dependents—a total of 66 lives are impacted by jobs at the company.

From less than 5% of sales in 2016, the company grew its export sales to more than 15% in 2018. The company estimates that international sales are responsible for three to five jobs at the company that would not otherwise be available.

“Gross Automation has made good use of the programs and resources that exist to help Wisconsin companies grow their exports,” says Katy Sinnott, WEDC vice president of global trade and investment. “They have applied for—and received—WEDC grants and export education. They have taken part in Global Trade Ventures and have also sought out other economic development resources around the state. They are a great example of what can be accomplished when a company plugs into the resources that are available.”

Gross Automation was part of the 2015-16 class of the growth-focused Scalerator program in Milwaukee. From then on, the company focused on plugging into other resources to support the growth it sought, receiving an Export Development Grant from the Milwaukee 7 regional economic development organization in 2016, and also completing ExporTech—a WEDC-supported export education and readiness program offered by the Wisconsin Manufacturing Extension Partnership—in 2016.

“The WEDC team has been great to work with in growing our export business,” said the company’s CEO, Bob Gross. “They listen, design and then help your business execute to a successful outcome. Every one of our trade ventures and missions has resulted in an immediate bump in activity and revenue. Specifically, when the governor also attends these trade missions, you just can’t beat having the head of state pulling for your company and on your behalf. It gives you a tremendous amount of credibility that you would otherwise not have.”

In addition, Gross Automation received an International Market Access Grant from WEDC in 2019 to develop its presence in the South Korea and Poland markets, and is currently carrying out the work envisioned in the grant project.

“Navigating through 2020 has definitely had its challenges but Gross Automation has been able to persevere,” said Paul Gallagher, president and chief operating officer of Gross Automation. “We appreciate our employees, our domestic and international customers and our suppliers that have assisted in making Gross Automation LLC a successful business for over 30 years. We are humbled to be selected for the prestigious Governor’s Export Achievement Award.”

This year’s winner was announced in a virtual event hosted by the Metropolitan Milwaukee Association of Commerce’s World Trade Association on Nov. 4.

The Governor’s Export Achievement Awards are usually announced in May, but were postponed this year due to the COVID-19 pandemic. The awards honor businesses that have achieved significant growth or implemented innovative strategies in exporting. Nominees were evaluated on measurable export growth, innovation, and contributions to the state’s overall economy and trade development.