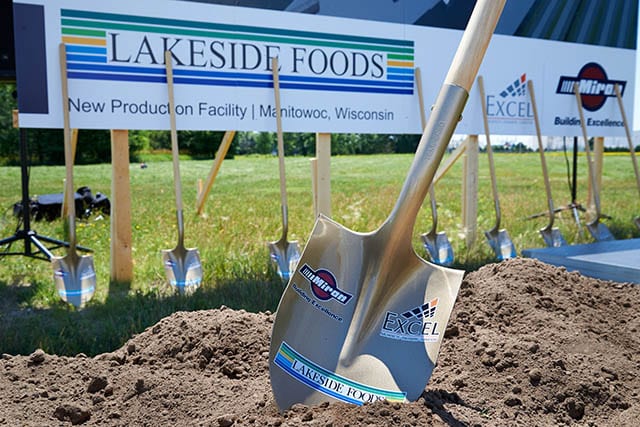 Manitowoc-based Lakeside Foods has begun a $40 million expansion of its frozen food packaging facility, a move that will create 48 new jobs.

The 100,000-square-foot addition to Lakeside’s existing frozen packaging and storage space will help the company meet custom packaging needs of existing customers, while also increasing its capacity to continue its growth and innovation in the frozen foods industry.

Lakeside Foods opened its doors in 1887 as a small pea canning plant. It has since expanded to 13 processing facilities where it produces canned and frozen vegetables, frozen desserts, appetizers and canned pet food products distributed in 14 countries.

WEDC has agreed to provide the company with up to $1 million in tax credits, contingent upon the number of jobs created and the amount of capital investment made over three years. An economic modeling study estimates the project could indirectly create 70 additional jobs alongside the 48 currently planned. That total of 118 new jobs is expected to generate $1.1 million in state income tax revenue over five years.

“We considered numerous factors when planning our expansion, and ultimately the decision came down to the strength of Wisconsin’s food processing industry, solid business infrastructure and the quality of the state’s workforce,” said Joe Yanda, senior vice president of operations for Lakeside Foods. “The culture of Wisconsin as an agricultural state in which people value honest work aligns well with Lakeside’s business of harvesting and selling produce and our commitment to delivering on the expectations of our customers.”