People often ask us to identify the one most important thing they should do to revitalize their downtown. As tempting as it is to wish for an obvious solution that would start the ball rolling in the right direction, there is no magic bullet—and even if there was a guaranteed solution, it might not be something desirable or acceptable to the community in question. There is no one-size-fits-all answer, but some best practices are broadly applicable in determining the best solution for your community. 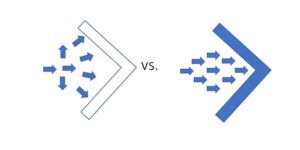 The best starting point for downtown revitalization in any community is the one supported by the people who live there. This is true for small-scale initiatives and grand visions alike. If local residents and business owners feel strongly that there is a need for greenery downtown and can get behind a trees and flowers program, that program will almost certainly be successful, and its success will probably pave the way for future projects. By the same token, if community members are united around becoming an outdoor recreation hub, with everyone rowing in the same direction, the chances of success are high.

If you’re just getting started with downtown revitalization and lacking inspiration, check out this blog post, 65 ways to get started with downtown revitalization. If one initiative jumps out as the unanimous favorite, start there. Another option is to start with a survey. Make it short and sweet and open-ended. Ask local stakeholders what they love most about your community/downtown, one thing they would change if they had a magic wand, and one thing they wish they could do locally that they can’t now. End by gathering demographic information such as age range, presence of children at home and tenure in the community so you can identify areas of common interest. Even such a simple survey can provide valuable insights into local passions and priorities.

Once you have identified a priority project or goal, break it down. What can be accomplished easily and quickly? How can we incorporate the goal into other things that are already happening? Who can we engage in helping move the project forward? Make sure to spread the word far and wide, engage as many stakeholders as possible in various aspects of the initiative, and build in a time to celebrate achievements in six months or a year to recognize how far you’ve come. If there is a silver bullet for downtown revitalization, that bullet is community support. With that weapon in the arsenal, any community initiative is likely to succeed.

For communities that have already identified a specific gap that needs to be filled, or a particular site whose redevelopment is essential for a thriving downtown, many of the WEDC’s CDI Grant projects illustrate what is possible when local public and private sector stakeholders work together. While most of these projects are carried out by private property owners, developers or nonprofit entities, the CDI Grant requires that the local unit of government serve as the applicant and be a partner in the project. Over the past four years, the program has invested more than $21 million in projects in 80 communities, leveraging $467 million in private investment, generating $387 million in local property value, and supporting nearly 3,000 new jobs.

The diversity of projects illustrates the unique nature of revitalization in each community. Projects include hotels, theaters, co-working spaces, office space, apartments, libraries, grocery stores, fitness centers, and any number of mixed-use projects that provide a home for coffee shops, breweries, museums, art centers and entrepreneurial ventures of all types. This grant funding helps fill the financing gap to make these projects a reality and overcome unique issues that occur in downtown environments, such as accessibility, remediation, restoration and preservation. The grant program often allows projects to accommodate local needs in a way that might not be possible in a completely privately funded project, but which will truly make the project a local destination and source of pride. 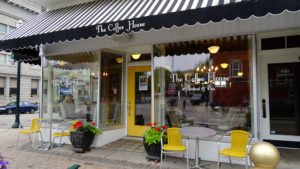 The Coffee House at Chestnut and Pine is a two-story coffee shop, meeting space and café at the heart of downtown Burlington. A $190,000 CDI Grant helped fund the $1.4 million renovation of a vacant historic structure to help an existing small business expand, including the addition of 10 employees and a full commercial kitchen and bakery. The expanded business is now the top-ranked destination in the city on various social websites, driving additional tourist activity downtown, and the project has spurred several adjacent renovation projects to move forward. Image

Downtown Chippewa Falls is located adjacent to the Chippewa River, but flooding issues and blighted and overgrown properties on the riverfront had prevented the Main Street group from taking advantage of the asset. A $250,000 CDI Grant helped leverage significant public and private spending to completely remake the entrance to downtown and the river. The City spent $2.3 million to address floodplain issues and construct an amphitheater and river walkway, while $7.7 million in private investment on adjacent parcels added a new Chamber of Commerce and visitors’ center, office space and a hotel to the downtown mix.

Mount Horeb utilized a $190,000 CDI Grant to transform a long-vacant bank building into a $1.8 million innovation center in the heart of downtown. The building houses office operations for locally headquartered Duluth Trading Company while also providing co-working space and meeting space, as well as serving as a hub for local entrepreneurs.

As in many communities, a lack of apartment housing created difficulties for Platteville employers looking to recruit employees. After taking the initiative to secure and remediate a vacant auto dealership site at the main entrance into downtown, the City welcomed a developer to create a 71-unit mixed-income apartment development on the two-acre site. The project, which integrates the historic dealership building and includes street-front commercial space, received $250,000 in CDI funds as part of the total $15 million financing structure.