Making (and measuring) an impact

Making (and measuring) an impact 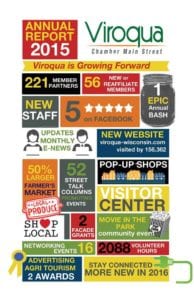 On average, current Main Street communities have been part of the program for 19 years. This includes three of the original five communities that joined in 1988. Even those communities that depart, average nearly a decade in the program before doing so. This longevity demonstrates that downtown revitalization is a long-term project, and one that is never truly complete. In fact, a 2017 impact assessment of participating communities showed that those communities participating for over five years see significantly higher economic impacts than those within their first three years, including 17 percent more business openings, three times as many volunteer hours dedicated to local efforts, and nearly four times the private investment leveraged per public dollar spent.

Although not a quick fix, investment in downtown revitalization pays off. The average Main Street district, despite representing only 2 percent of municipal land area, generates 6 percent of property tax revenue and supports 14 percent of retail spending, 21 percent of restaurant spending and 27 percent of hospitality room nights. While the share of residential units downtown has typically lagged, current demand for live/work experiences has resulted in an average increase in residential unit growth 12 percent within downtown districts between 2000 and 2015, more than twice as fast as the overall municipal growth rate for the broader community.

The ability to monitor and demonstrate this type of economic progress is important, as it represents the most compelling argument for public investment and establishment of supportive programming. No other investment has the potential to significantly impact the local economy and municipal budgets. Downtowns are often seen as a bellwether of a local economy – a thriving downtown represents a safe place to invest and a growing economy, and this is true in many ways. Not only does downtown activity directly impact the bottom line of a local economy, but it is also the foundation for future growth. As the default location of choice for small local businesses, a vibrant downtown also supports entrepreneurship and small business growth, both of which are important for long-term prosperity.

Programs often lose sight of these larger impacts, sidetracked by day-to-day objectives related to event attendance, social media reach or general administrative functions. However, stepping back to take an annual assessment of program impacts is essential. Some places to start collecting this data, beyond the core data listed above (assessed value, consumer and visitor traffic), might include number of business prospect inquiries, average business climate ranking (via survey), business participation rate in district activities, or pedestrian traffic counts. Consider your district vision, and choose the five to 10 indicators that will illustrate long-term positive movement toward these goals.