As of July 1, Mayville and Racine have joined the ranks of Wisconsin Main Street communities, a designation that will allow the two communities to benefit from technical support and training so their downtown districts continue to thrive as centers of community activity and commerce.

These two communities join 32 other communities active in the Wisconsin Main Street Program, indicating they have demonstrated a sustained commitment to downtown revitalization.

The Wisconsin Main Street Program is a comprehensive revitalization program designed to promote the historic and economic redevelopment of traditional business districts in Wisconsin. After a thorough application and review process, WEDC selects communities to join the statewide program, which is part of a nationwide program administered by the National Trust for Historic Preservation. 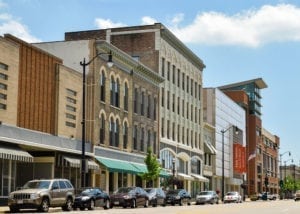 Racine, a city of nearly 80,000 located on Lake Michigan between Milwaukee and Chicago, established its downtown organization more than two decades ago, but decided to pursue Main Street status with the hiring of a new executive director in 2017. “The district is experiencing substantial growth and investment from both the public and the private sectors, with more than 21 new businesses opening in the district in 2017,” says Errin Welty, a Wisconsin Main Street economic vitality specialist with WEDC. “The city has also undertaken several projects in and around the downtown to improve the pedestrian experience. They are focused this year on engaging the community with downtown while also marketing the district to the surrounding region.” 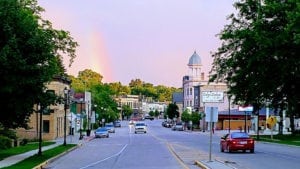 Mayville, a city of just over 5,000 residents in Dodge County, has also had a downtown organization operating for more than two decades, and had applied unsuccessfully to the Main Street Program in the past, but decided to reapply after adding a full-time director three years ago created significant opportunities to pursue new programs to further grow the district.

“With limited storefront vacancy, current areas of focus for the group include the activation of Foster Park and the Rock River, revitalization of historic properties, and strategies to attract more residents and visitors to the district,” says Welty.

The Connect Communities Program was created in 2013 so communities that don’t yet meet the organizational requirements of the Main Street Program can still access some of the same type of downtown development resources, such as technical assistance, training, and access to a peer network for sharing ideas and best practices.

Over the last five years, the program has grown to include a total of 71 communities. New communities this year include Land O’Lakes, Montello, Sparta, Tennyson, Waukesha and Wausaukee, as well as one community that rejoined (Cumberland) and one that was previously part of the Main Street Program (Waterford).

With these new additions, 53 of Wisconsin’s 72 counties have at least one community in either the Main Street or the Connect Communities Program. All types of communities, from small towns of several hundred to densely populated urban neighborhoods, are eligible to participate and can benefit from the program.

In the 30 years of its operation, the Wisconsin Main Street Program has supported the renovation of 262 properties and the creation of 1,136 housing units while attracting $1.4 billion in private and $382 million in public investment that led to the creation of 2,624 net new businesses and 13,871 net new jobs.

Just since 2013, the Connect Communities Program has supported $116 million in private investment and $62 million in public investment, along with the creation of 274 net new businesses and 1,604 net new jobs.