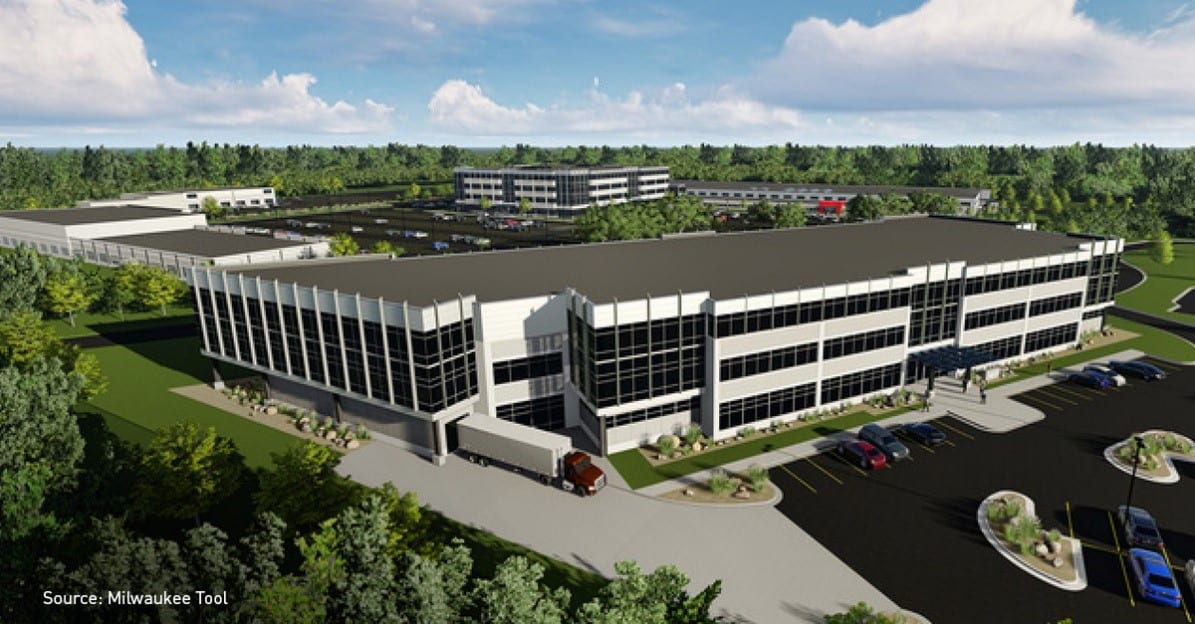 With multiple recent expansions of its presence in Wisconsin, Milwaukee Electric Tool Corp. is primed to reach its goal of $5 billion in annual revenue in 2020 and cement its position as a key global player in the power equipment market. In October, it opened a $32 million research and development center on its Brookfield campus and expanded its Mukwonago manufacturing facility. In December, it announced the acquisition of additional office and research space in Menomonee Falls.

“We know we have to stop underestimating and we’ll have to go really big in the next development phase…We know we’ll have to get the acreage that allows us to grow for the next 10 years,” Milwaukee Tool President Steve Richman told the Milwaukee Business Journal.

The expansion into nearby Menomonee Falls is the company’s fourth expansion in the last five years. Together, these expansions represent an estimated $174 million in capital investment and are expected to create more than 1,800 new jobs. WEDC continues its support of Milwaukee Tool with up to $46 million in state tax credits, contingent upon the company meeting specific job creation and capital investment targets.

Since 2011, the company’s sales have increased by nearly 400%, and its Wisconsin-based workforce has gone from just over 300 employees to almost 1,400.