Milwaukee water cluster’s strength, as noted in Brookings report, is on display at WEFTEC

Milwaukee water cluster’s strength, as noted in Brookings report, is on display at WEFTEC

“Rethinking Cluster Initiatives,” a July 2018 report from the Brookings Institution’s Metropolitan Policy Program, identified Milwaukee’s water technology sector as “a prime example” of the “cluster hub” model of cluster development, in which one organization acts as the clear lead and driver (as opposed to a shared leadership model with more than one organization, or a single holding company that leads multiple cluster initiatives).

Milwaukee’s water cluster was one of five industry clusters throughout the U.S. that was featured in the report as models for others to emulate.

“Led by The Water Council, Milwaukee’s water cluster has established the region as a top global hub for innovation and solutions to the world’s water challenges,” the report noted.

Since the concept of clusters was introduced by Harvard Business School professor Michael Porter in 1990, cluster development has become a widespread practice, but the report concludes that “cluster initiatives in U.S. regions have, for the most part, failed to live up to their expected potential.”

It’s not that cluster development doesn’t work. Rather, the authors have identified several key factors that can make or break the success of a given cluster. Now that we have plenty of examples of cluster development, they argue, it’s time to analyze what works and what doesn’t, so future cluster development efforts can produce a greater return on investment.

The report determined that companies benefit from clusters for three main reasons: they can share the same local suppliers, infrastructure and facilities that are typically needed by companies in the industry; they can hire from a pool of local workers with specialized skills for the industry; and they exchange ideas, leading to a higher rate of innovation for companies within the cluster. 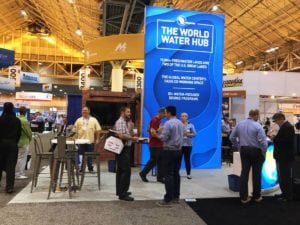 The Water Council and WEDC are collaborating to host a booth at WEFTEC 2018.

These features are on full display this week at WEFTEC, the Water Environment Federation’s Technical Exhibition and Conference, in New Orleans. WEDC and The Water Council are collaborating on a booth that highlights Wisconsin’s wealth of companies, cutting-edge infrastructure, and rich pool of skilled talent—all in water technology.

“There really is no other place like this,” says Dean Amhaus, president and CEO of The Water Council.

In analyzing why Milwaukee has succeeded where others have not, the Brookings report noted that many cities, regions and states have tried to create clusters when a critical mass of companies did not yet exist—whereas Milwaukee had a long history with water-intensive industries such as beer brewing, meatpacking and leather tanning.

The report’s authors recommended that an entity considering developing a cluster should first conduct careful research to see if underlying factors point to the likelihood of success. Relevant factors include not only the existence of a sufficient number of companies in the given sector, but also specialization of those companies; the existence of companies of varying sizes and development stages; and how interdependent the companies are, among others. 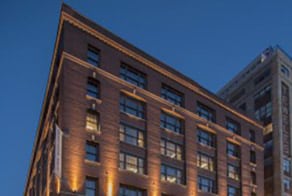 The Global Water Center in Milwaukee serves as a physical center for Wisconsin’s water cluster.

The clusters showcased in the report share five key traits, the authors said: 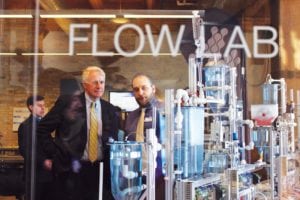 Water cluster companies that choose to reside within the Global Water Center get access to research space and equipment in the Flow Lab.