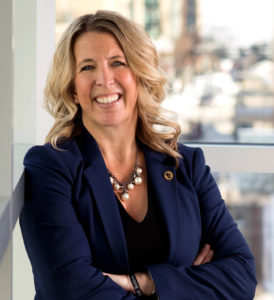 Consultant Connect, a consulting agency designed to bridge the gap between economic developers and site consultants, this week named Braun to its list of “North America’s Top 50 Economic Developers” for 2018.

“This annual list is designed to acknowledge the hard work of the top leaders in this field and elevate the conversation around economic development and job creation,” said Ron Kitchens, managing partner of Consultant Connect. “Each of the leaders represented on this year’s list is beyond deserving of this recognition for their efforts in building our communities.”

A graduate of the University of Wisconsin-River Falls, Braun also served as executive director of the River Falls Area Chamber of Commerce.

Each top 50 economic developers from Sept. 17 through Nov. 30 through the selected social media channels of LinkedIn and Twitter. Each of the award winners will share their expertise in the field and a few leadership insights they’ve learned along the way. Each recipient will receive the award at Consultant Connect’s ECONOMIX event in Nashville in December.