What Wisconsin can learn from Seattle

What Wisconsin can learn from Seattle

Following the Main Street Now conference, the Wisconsin delegation shared key takeaway insights from the Seattle area. Although Seattle’s population far surpasses that of most Wisconsin Main Street communities, its neighborhoods and surrounding communities, many of which were featured as part of mobile workshops, demonstrate the wide variety of strategies communities can employ to make their place stand apart as a destination for locals or visitors. The area’s natural recreation, cultural amenities and unique neighborhoods can all teach us something about the various ways that communities can be vibrant, just as the challenges posed by significant population growth, gentrification and homelessness can provide lessons for the future.

Not surprisingly with its theme of placemaking, the conference showcased numerous ways that Seattle and surrounding communities have utilized their cityscape to create unique and memorable experiences for visitors. One trend that was identified by multiple attendees was the ability to use vinyl wraps for more than just utility box art projects. The example at left below shows the use of a utility box as a wayfinding sign for pedestrians; the boxes are already well placed at key intersections and reduce visual clutter in the landscape. The second example shown here uses similar material to introduce color into rear doors or alley doors. Unlike murals, the vinyl can be easily replaced when damaged and does not damage the brick. 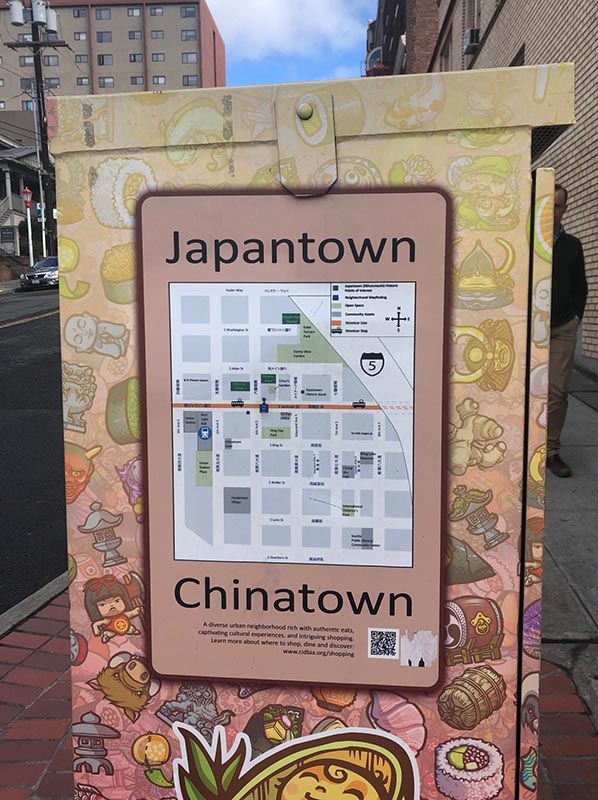 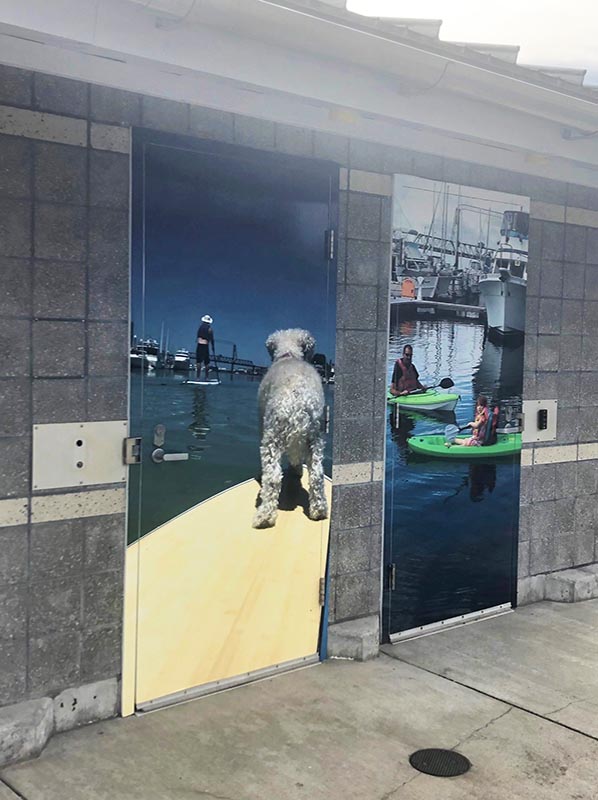 Several sessions also addressed infrastructure in downtown. Overhead catenary lights continue to grow in popularity for pedestrian-oriented streets, providing attractive and human-scaled lighting not tied to a specific season. Bike and pedestrian infrastructure is also increasingly on display, including bike corrals in Bellingham, colored crosswalks and even entire intersections that define multiple neighborhoods, and a conscious decision in Port Townsend to remove the center stripe in the roadway (which is allowed for streets with fewer than 6,000 cars per day) in order to slow traffic.

Finally, the built environment was clearly the star of the show. As the nation’s fastest-growing city, adding more than 100,000 residents since 2000, Seattle has experimented with various strategies to preserve historic structures while also encouraging density. This has included a policy in some neighborhoods that allowed a development bonus (i.e., an extra floor of height) for projects that retained historic building facades, and additional zoning to allow micro-units in certain transit-adjacent neighborhoods to accommodate housing demand within historic structures that lend themselves to such designs. The image at right is a residential conversion of a former hotel in the International District, where a 300-square-foot unit now rents for more than $1,500 per month. Modern amenities including a first-floor coffee shop, rooftop patio and pet area help to offset unit size while creating a stable population.

Participant highlights and presentation materials from the conference will be made available in the downtown resources folder in the coming weeks. If you would like to experience the conference for yourself, consider joining us in Dallas, Texas, from May 18-20, 2020.