With virtual trade ventures, Wisconsin companies can keep growing their exports amid the pandemic

With virtual trade ventures, Wisconsin companies can keep growing their exports amid the pandemic 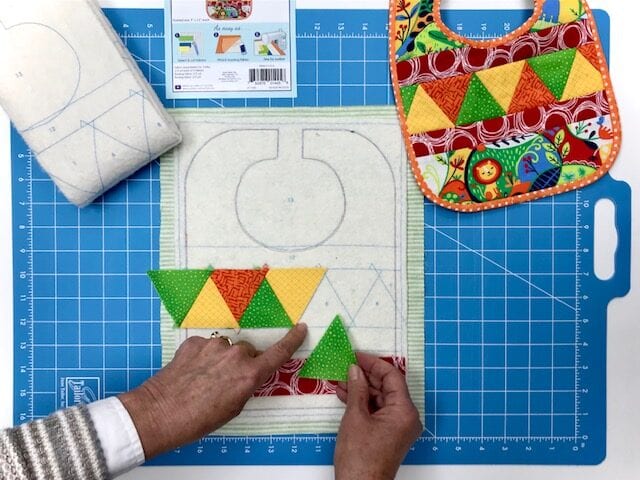 June Tailor, a maker of sewing and quilting tools based in Richfield, used an overhead webcam to demonstrate products during WEDC’s virtual trade venture to Germany, while a separate camera focused on the face of the meeting participant. Innovations like this were key to making the online trade venture successful.

WEDC’s first-ever virtual Global Trade Venture was a success, with 13 companies participating and dozens of meetings taking place over a two-week period.

“We know that visiting in person is crucial to build trust when starting to export into a new market,” says WEDC Vice President of Global Trade and Investment Katy Sinnott. “But right now, with international travel out of the question, we had to find an alternative. By organizing a virtual trade venture and setting up remote meetings with potential partners overseas, we are ensuring that Wisconsin companies can continue to grow their exports even during this global pandemic.”

The inaugural virtual trade venture connected companies in Wisconsin with buyers, distributors and other potential partners in Germany. Initially scheduled to take place last June, the trade venture was postponed when the pandemic began, and then was converted to an online offering that took place in late September and early October.

Although virtual meetings pose some difficulties, the participating companies rose to the challenge with innovative strategies. For example, representatives of Madison-based Graftobian Professional Makeup added a second camera to allow them to conduct product demos during the meeting, along with the main camera to show the person who was speaking. June Tailor, a Richfield-based maker of sewing and quilting tools, devised a way to demonstrate their products using an overhead webcam to capture a different perspective and zoom in on details.

“With WEDC’s support, we were able to come up with an effective way to demonstrate our products,” says Jill Repp, vice president of sales and marketing for June Tailor. “This will help us with other meetings going forward, as well as product demonstrations for other platforms.”

“Although our European competitors have a strong foothold in the German market, the quality of our products is actually superior, and we are able to easily demonstrate this using the dual camera set-up,” says Graftobian President Eric G. Coffman. “With the assistance of the translator provided by WEDC, we were able to keep the discussion going and do demonstrations seamlessly. This was an excellent way to meet and greet and to determine compatibility so we can continue conversations about moving forward and get product samples into their hands as soon as possible.”

In addition to the cultural briefing that is part of all WEDC Global Trade Ventures, participating companies received specific orientation on best practices for virtual meetings to put their best foot forward and communicate effectively in an online setting. The in-market trade office also coordinated workshops on pricing for the German market, customs regulations and the importing process, trade fairs in Germany, and taking advantage of the services offered by VDMA, Germany’s mechanical engineering industry association.

“Interestingly, the virtual setting seemed to help bridge the cultural differences and level the playing field a bit,” says Stanley Pfrang, WEDC market development director for Europe. “As usual when dealing with German companies, we had instructed the Wisconsin companies to be very punctual and focus on product efficiency and quality. But in the virtual setting, we noticed that some of the German participants were less formal and more relaxed and sociable, counter to the stereotype. There were also some participants on the German side who declined videoconference calls and requested to connect by email or phone instead, which we didn’t expect.”

In some respects, the virtual trade venture offered advantages over traveling to the market in person. The trade venture was initially planned to visit a few specific German cities, but once it was taken online, the scope was broadened to allow for meeting with potential partners located anywhere in Germany, since transportation time between cities was no longer a factor.

The time difference between the two markets limited when meetings could be held—they were scheduled at 7 a.m., 8:30 a.m. or 10 a.m. Wisconsin time, which put the meetings during the afternoon according to local time in Germany. But the trade venture was spread out over a longer duration to accommodate a similar number of meetings. Instead of being out of the office and fully occupied for the entire duration of the trade venture, participants could have trade venture meetings in the morning and attend to other duties in the afternoon.

With transportation, lodging and meals removed from the equation, the virtual trade venture was offered at a drastically lower cost than traveling to the market in person. And participants still received the benefit of working with knowledgeable and well-connected staff at WEDC’s trade office in Germany, who conducted market research and identified qualified German companies for each Wisconsin company to meet with.

“Because of the recent travel challenges due to COVID-19, we thought that our search for a distributor in Germany would have to wait, but thanks to WEDC that wasn’t the case,” adds Repp. “WEDC was completely organized and walked us through every step of the process. We achieved a successful outcome with minimal investment. We would highly recommend a virtual trade venture to anyone looking to grow their business overseas, and we look forward to our next one.”

Participating companies noted that virtual meetings might be helpful even when in-person trade ventures begin again. For example, sometimes it becomes apparent early in a meeting that it’s a mismatch and that no potential exists for an ongoing business relationship. Virtual meetings in advance of traveling to the market might help weed out such mismatches to save valuable time in-market for meetings that are more likely to lead to doing business together.

One aspect of the Global Trade Venture—delivering product samples—cannot take place online, but Sinnott noted that samples can be sent as a follow-up to the online meetings, and that an International Market Access Grant from WEDC can be used to help cover the cost.

The next virtual trade venture, taking place in November, will connect Wisconsin exporters with potential partners in South Korea.

Registration will open soon for additional upcoming virtual trade ventures, which will connect Wisconsin companies with potential partners in Mexico in February 2021, in Canada in March 2021, and in China in April 2021. WEDC’s Global Trade and Investment Division is hopeful that a Global Trade Venture to Poland and Germany planned for June 2021 will be able to take place in person, but will monitor worldwide public health conditions and recommendations for international travel to inform its plans.

Subscribe to Inside Exporting updates from WEDC to receive notices about upcoming Global Trade Ventures.