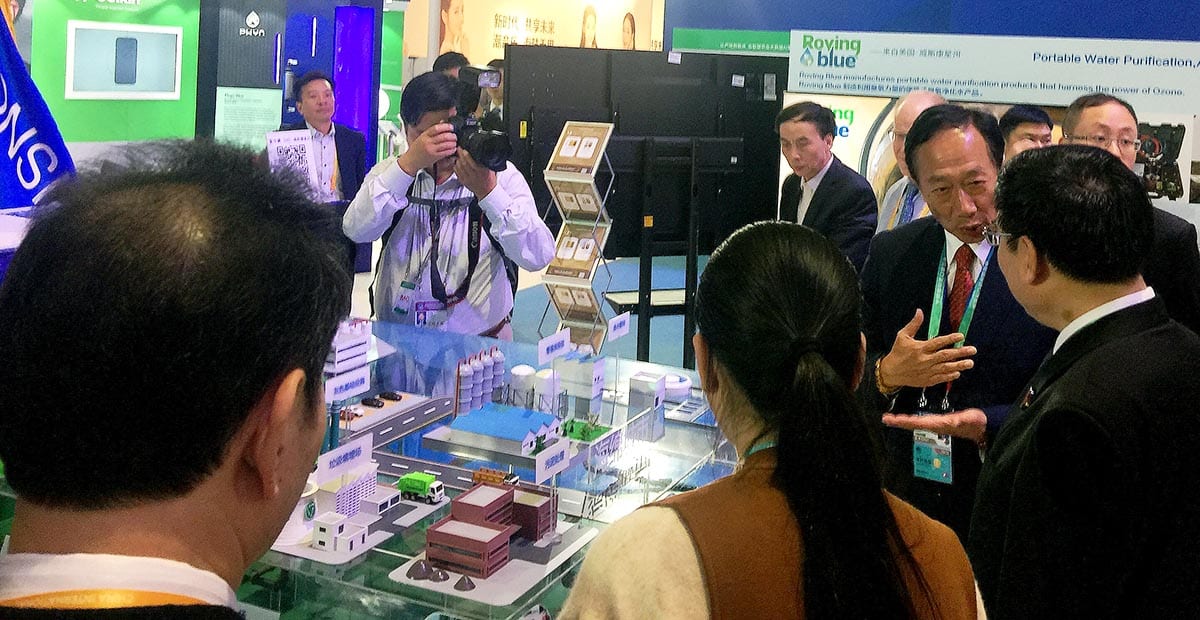 A delegation of 10 Wisconsin companies made inroads into the Chinese market by exhibiting at the China International Import Expo in November.

In the first instance of an event China intends to make an annual occurrence, more than 400,000 people attended the expo from 172 countries.

The Water Council partnered with WEDC in the exhibit, and Foxconn Technology Group covered the costs of the Wisconsin companies’ participation in an effort to strengthen commercial ties between the state and China.

“With buyers all in one place, you don’t have to travel all over this very large country,” says Katy Sinnott, WEDC vice president of international business development. She adds that some companies may decide to attend WEDC’s upcoming Global Trade Venture to China as a follow-up. “After casting a broad net and making many connections at the import expo, they can vet those leads and determine which partners they would like to meet with in person to discuss or finalize the details of an agreement.”

Wisconsin’s booth at the expo featured a three-dimensional model of Milwaukee, highlighting the features that make it a “smart city.” The focus on water technology and other smart and green technologies ties in with China’s Sponge Cities Initiative, begun in 2015 with a goal of upgrading urban infrastructure to allow for better water retention and draining, as well as natural purification and filtration.

“This event gave us a chance to showcase Wisconsin’s expertise in water and the diverse solutions offered by our companies,” says Karen Frost, vice president of economic development with The Water Council. “In addition, we were able to gather information to help our companies better align their expertise with the needs and concerns of the Chinese market.”

Foxconn’s role in hosting the Wisconsin booth goes hand in hand with its commitment to making the Wisconn Valley Science & Technology Research Park a zero liquid discharge facility, reducing the water intake requirements for the campus and virtually eliminating the return of manufacturing process wastewater into Lake Michigan.

The Wisconsin companies that were part of the delegation included:

With the China International Import Expo being a new event, representation by U.S. states was light, creating increased visibility for Wisconsin among multiple domestic and international media outlets. “I think it actually worked to our advantage,” says Khay Khong, WEDC market development director for China.

Plans for Wisconsin’s possible participation in future iterations of the import expo are still under discussion.

To stay in the loop with resources to help grow your company’s exports, subscribe to WEDC’s INterconnect newsletter.

China was Wisconsin’s third-largest export destination in 2017, importing $1.4 billion worth of goods from Wisconsin

To stay in the loop with resources to help grow your company’s exports, subscribe to WEDC’s INterconnect newsletter.