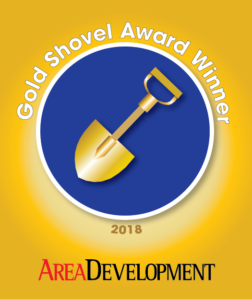 Wisconsin is one of just five states to receive the prestigious award for having achieved significant success in terms of job creation and economic impact for projects undertaken in 2017. The award comes as 2017 was a record year for economic development in the state, with 59 companies from Wisconsin and around the world agreeing to locate or expand Wisconsin. Those projects are expected to create or retain nearly 30,000 jobs and result in more than $11.6 billion in capital investment statewide.

“We are proud Wisconsin is being recognized once again as a leader for economic development and job creation,” Governor Scott Walker said. “This award highlights Wisconsin’s pro-business climate and dedicated workforce.”

“In terms of jobs created, few single projects in history can match the 13,000 promised by the electronics manufacturer Foxconn Technology Group, which in July 2017 announced plans to make LCD screens at a greenfield site in southeastern Wisconsin,” the magazine wrote. “It’s a hefty job count, and an impressive investment in dollars, too — $10 billion.”

Area Development’s Shovel Awards recognize the state economic development agencies – including the Wisconsin Economic Development Corporation – that drive economic development through innovative policies, infrastructure improvements, processes and promotions. In the competition, states are judged based on the number of high-value added jobs per capita, amount of investment, number of new facilities and industry diversity.

Golden Shovel awards were given to states in five categories based on their populations. Wisconsin was the winner among states with a population between 5 million and 8 million. Other Gold Shovel winners include Texas (12 million or more); North Carolina (8 million to 12 million); Kentucky (3 million to 5 million); and Nevada (less than 3 million).

For more information about the 2018 Shovel Award winners, visit areadevelopment.com/shovels.