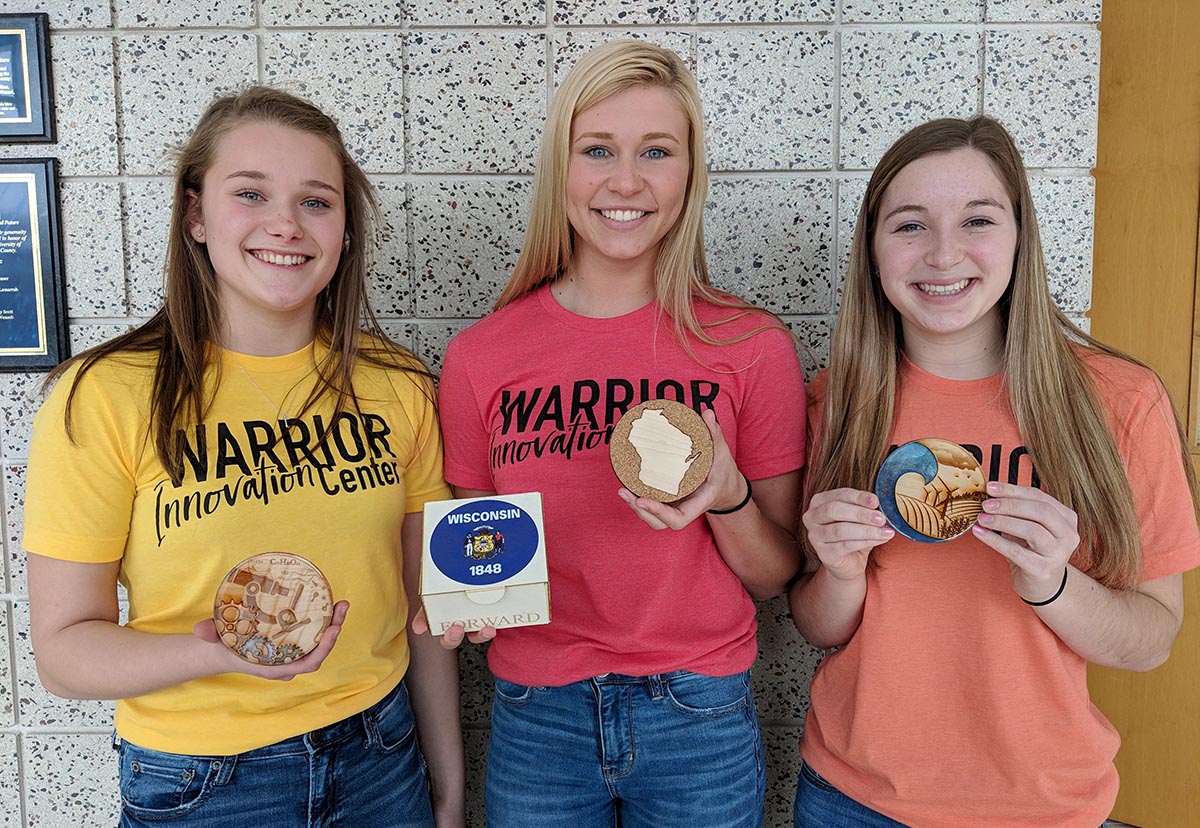 This student team from Waupun Junior/Senior High School is one of the two teams that won the fab lab protocol gift competition. From L to R: Amelia Dobbratz, Rachel White, Gracie Lenz 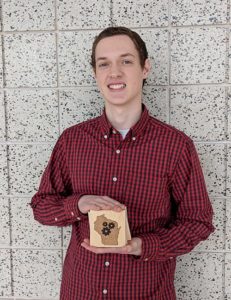 On May 13, two winning designs from Waupun Junior/Senior High School and Northwood School District were chosen as Wisconsin’s new protocol gifts. The items will now be produced in larger quantities and presented by state officials to foreign delegations visiting Wisconsin, as well as to business and government leaders on global trade ventures led by WEDC’s international business development team.

The four finalists—which also included teams from Black River Falls High School and Turtle Lake School District—presented their designs on Feb. 28 at the Marshfield campus of the University of Wisconsin-Stevens Point, in  the final round of judging for WEDC’s protocol gift design competition, which launched in November with an invitation to the state’s 43 fab labs to submit a design showcasing their skills and fab lab tools’ capabilities to design and create protocol gifts to be given by top state dignitaries in their official capacity. The competition was designed to provide hands-on, real-world learning experience for high school students around the state.

Each participating fab lab was asked to design drink coasters that prominently included Wisconsin in the design and featured elements that represent the state’s positive economic, cultural, historic or other attributes. Each design was required to be made from materials representing the state.