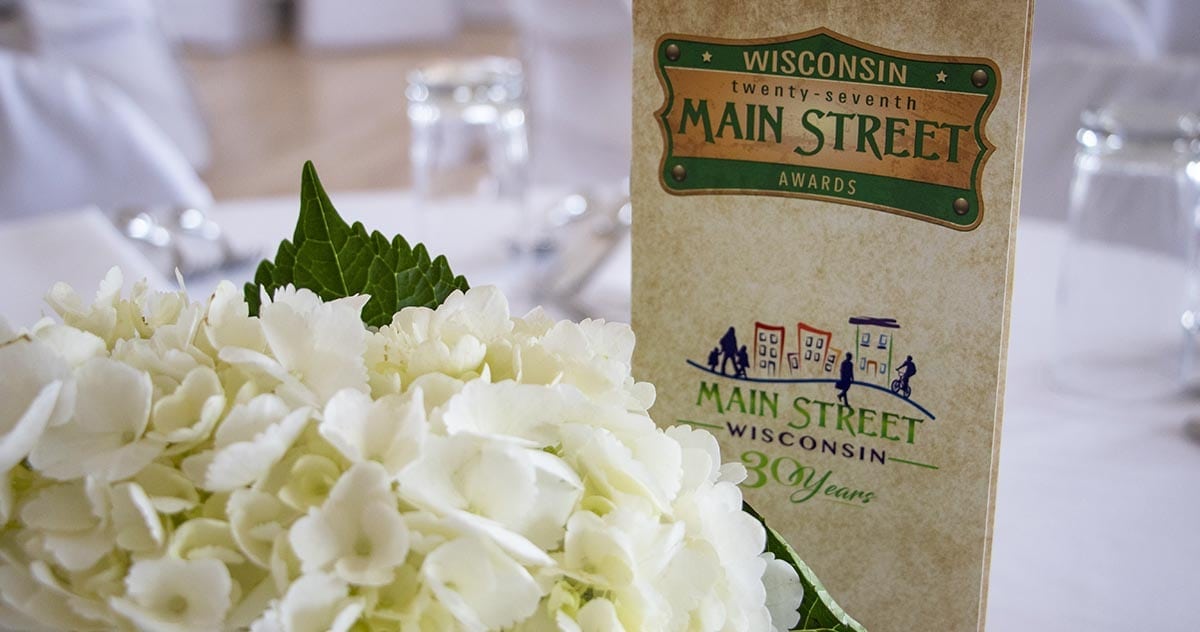 Each year, WEDC honors the hard work, dedication and countless hours that go into revitalizing and promoting Wisconsin’s Main Streets and downtowns. Now in its 27th year, Wisconsin Main Street Program leaders and volunteers from across the state came together on Friday, April 28, at Ripon College for the annual Wisconsin Main Street Awards, which celebrate the top historic preservation and downtown economic development efforts of the last year.

“All across the state, those involved in the Wisconsin Main Street Program are making a real difference in improving their downtowns by developing new and innovative ways to attract visitors and support local businesses,” said Mark R. Hogan, WEDC secretary and CEO, who was on hand for the event. “These awards recognize the organizations and dedicated individuals whose efforts not only benefit their communities, but also set the standard for other Main Street communities statewide.”

The awards ceremony highlighted projects such whiskey tastings, new buildings, exterior renovations that brought new life to old buildings and more—all of them events, projects and improvements that have helped these communities drive interest in their downtowns and that support economic development. The event also celebrated dedicated volunteers and inducted two new members into its Hall of Fame: Mark Ihm of Platteville and Mayor Randy Meyer of Sheboygan Falls. 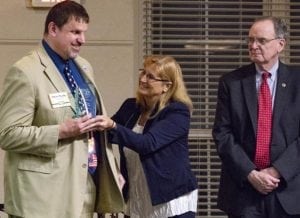 Mayor Randy Meyer of Sheboygan Falls receives an award from Barb LaMue, WEDC’s vice president of business and community development, for his induction in the Wisconsin Main Street Hall of Fame. as WEDC CEO and Secretary Mark R. Hogan looks on.

This year’s Main Street Awards ceremony was especially notable because 2018 marks the 30th anniversary of Wisconsin’s Main Street Program, which provides technical assistance to 33 Main Street communities to help them revitalize their business districts based on guidelines developed by the National Trust for Historic Preservation. WEDC premiered a new video to highlight this milestone.

Also on hand at Friday’s event were members of WEDC’s Connect Communities Program, a companion program to Wisconsin Main Street created in 2013 to provide access to resources and training to help communities pursue revitalization and redevelopment efforts. In fiscal year 2017, the 68 participating communities added 46 net new businesses, more than 500 net new jobs and $54 million in public and private investment.

“Wisconsin’s historic downtown districts would not be what they are today without their Main Street and Connect Communities organizations,” said Barb LaMue, vice president of business and community development at WEDC. “The projects these communities and downtowns undertake are not quick fixes, and historic commercial districts are never truly complete. The Main Street Awards ceremony recognizes and celebrates the hard work, vision and dedication of those who are working tirelessly behind the scenes each day to preserve and promote Wisconsin’s Main Streets and communities.”

View a full list of the 2018 Main Street Awards winners.

SEE ALL THE WINNERS

PHOTOS FROM THE EVENT