Wisconsin’s venture capital landscape is changing—for the better. This is the first in a series of articles profiling the state’s next generation venture capital funds, angel investor networks and the people behind them.

Two of the newest venture funds, the Winnow Fund and Gateway Capital Partners, are the newest members of the Badger Fund of Funds. Another, ComMUnity Venture Capital, is a unique partnership to benefit Marquette University. Finally, the Greater Green Bay Chamber is working to heat up the region’s venture capital and tech ecosystems by organizing the Tundra Angels investor network.

Mark FitzGerald is one of the founding partners of ComMUnity Venture Capital; Matthew Kee manages Tundra Angels; Dana Guthrie, is managing partner of Gateway Capital Partners; and Richelle Martin is the managing director of the Winnow Fund. Behind different investment philosophies and focuses, what these managers have in common is a belief in the entrepreneurial potential to be uncovered in Wisconsin, and a mission to engage new and diverse investors. 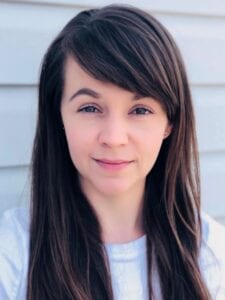 “I cannot think of a more Wisconsin way to start investing in venture capital,” says Martin. “I met Ken Johnson—one of the founders and managers of the Badger Fund of Funds—when I was volunteering at the beer tent at an event put on by an organization called Jazz at 5. I handed a beer to Ken, we started chatting, he found out a little bit about my background and mentioned that he was in charge of this venture capital fund.”

Martin had never run a venture fund, but her position at the University of Wisconsin’s Office of Industrial Partnerships, and experience at the university’s pro bono Law and Entrepreneurship Clinic made her an ideal fit for the university-focused fund Badger Fund of Funds was hoping to start.

“The Law and Entrepreneurship Clinic had been an awesome experience. I felt like I was making an impact and I loved the excitement of helping people solve problems, but also giving them like the solid foundation from which then they were responsible for going and building on it,” Martin says. “The Office of Industrial Partnerships was interesting to me because each lab on campus is a little like a startup. They’re problem solving and just trying to get money to keep their work going. Through that, I realized how difficult it really was to do that on campus. When you’re building a startup, you have to be able to make decisions very quickly.”

Guthrie found the Badger Fund’s vision of helping campus innovators intriguing, but before the that idea could become a reality, she had to learn how to run a venture capital fund.

“There is no education track for venture capital. The best way to learn it is from someone who’s done it. So for the next year and a half, I learned from Ken and from the rest of the Badger Fund team.”

Martin continued working at her other job as the Winnow Fund got off the ground, but in 2018, she left the university to start securing investor commitments in earnest. Although she is not yet sourcing deals for her investment committee to consider, she has a clear idea of what she’s looking for.

“My criteria do not require that a company be affiliated with the university. My focus, though, is on universities because I think it’s an overlooked area of opportunity for investment. Startups that wouldn’t be of interest to WARF or tech transfer offices, or because they started from an idea that emerged out of a dorm room or class project, not a university lab. We don’t want to compete with tech transfer offices. We want to be complementary.” 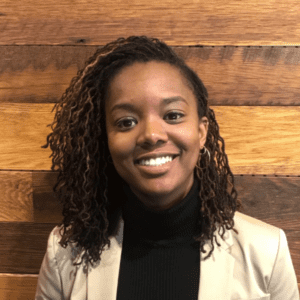 Founding the Winnow Fund made Martin the first woman in Wisconsin to manage a venture capital fund, but the second, Dana Guthrie, wasn’t far behind her. The idea for Gateway Capital Partners also started with an introduction to Ken Johnson, but Guthrie had already been growing her investment expertise for several years.

Guthrie had been involved in various investment groups while as a student at Milwaukee School of Engineering, and that interest continued after graduation when she began working for Johnson Controls. Her introduction to venture capital came through a mentorship with Golden Angels Investors, a Milwaukee-area network.

“I came up primarily through Johnson Controls’ engineering and product development group. I ultimately ended up in a product management role, which is more of an entrepreneurial role, focused on how to generate new revenue for the company, find new streams of revenue, more success,” Guthrie says. “The Golden Angels’ advisor program got me into the room, taught me more about due diligence and how an investor thinks when they’re vetting deals.”

“I already wanted to start a venture fund, but one of my mentors reminded me that it’s much easier to get people interested in listening to an entrepreneur pitch than it is to get them to write you a check. And so I said, you know what, you’re right. I’ll start an angel network instead of a fund,” she says. “That will allow me to improve deal flow in the area and help change the make-up of the investment side. A lot of what I had seen of the investment world was pretty monolithic. I wanted to see if there was enough diverse wealth in the region to create a more diverse angel network, which in turn would drive a more diverse deal flow.”

Guthrie founded Alchemy Angel Investors in 2018. “From a product perspective, my background at Johnson Controls has helped a lot, because I was talking to a lot of technology startups that were going through that same product development lifecycle.”

Then she was introduced to Ken Johnson, and they connected over the Badger Fund of Funds and Guthrie’s observations about Milwaukee’s investment scene. From there, Guthrie’s story is much like Martin’s—intensive one-on-one training with Johnson on venture capital best practices and standards, and then the creation of Gateway Capital Partners.

Guthrie has now left Johnson Controls and turned over management of Alchemy in order to focus full-time on securing investor commitments for Gateway.

“There’s no one really focused on pre-revenue investment in the Milwaukee area. If you look at the $300 million in venture capital invested in Wisconsin in 2018, less than 10% of that went to Milwaukee County, the most populous county we have. So there’s a big opportunity to have an impact, for us to come in and kind of be a first mover.” 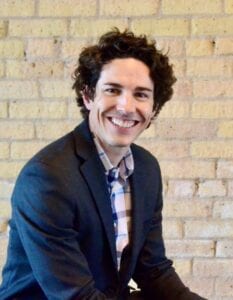 Matthew Kee has been focused on finance and investing for his entire career. After starting out at JP Morgan Chase, he returned to school to get an MBA and a master’s degree in entrepreneurship and innovation, while also co-founding a fintech startup.

Today, Kee uses his experience of being on both the startup and the investor side of the venture capital equation in his role with the Greater Green Bay Chamber. He splits his time between helping the region’s entrepreneurs as the manager of The Startup Hub and building venture capital capacity through Tundra Angels.

“In my role with the chamber, we noticed a gap in the capital and pre-seed stage, between $50,000-$200,000. And northeast Wisconsin was also missing an angel investor group. We saw Tundra Angels as an opportunity to not only fill that that capital void, but also get individuals in the area more engaged in investing.”

The network officially launched in July 2020, with a focus is on high-growth, scalable tech startups in any industry. Kee is focused on attracting new investors, so he has been putting an emphasis on education, not just networking and deal flow. So far, he says, about half the group’s membership is new to venture capital investing, though many of them have experience running their own businesses. 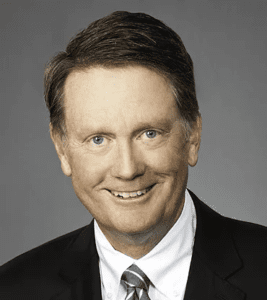 Mark FitzGerald has been a business owner, an angel investor and now, a founding partner in ComMUnity Venture Capital partner.

“I started a company in 1986, and I sold it in 1999. I was lucky enough to be able to retire at 40 and spend time with my wife and children, and that’s also when I became an angel investor and got involved in a number of startups.”

He also continued to be an active member of the Marquette alumni community, continually looking for ways to support the university.

“I just don’t believe that private institutions are going to be able to rely on tuition and grants and philanthropy to stay in business. There’s such a skill set and asset base on Marquette’s campus that I thought could morph into revenue generating for the university. And so it was, okay, what can we do?” FitzGerald says. “When Mike Lowell came on board as the president of the university, I had a chance to meet him and he just has this fascinating vision of creating a community of collaborators and innovators and creators. That’s when we decided, hey, let’s do this. Let’s create this investment fund.”

What emerged was ComMUnity Venture Capital, an early-stage, Marquette-centric venture capital fund, with the university and FitzGerald’s DeBuey LLC—named after one of Marquette’s first funders in 1881—forming the general partnership.

Next in the series, more about how these emerging investors are setting themselves up for continued success well into the future, what they see as the challenges and opportunities for Wisconsin’s venture capital and startup communities, and their advice for interested investors and new startups.