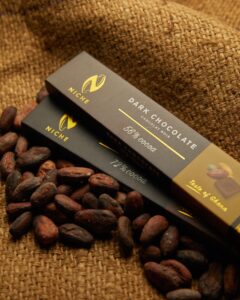 The privately held global cocoa processing company chose to locate its facility in the Milwaukee suburb of Franklin. Its project marks the largest food and beverage investment by an African-based company in U.S. history.

“We know how to build factories, so we could do that anywhere,” Poku said. “But the partnership between what we know how to do and what Wisconsin can offer Niche to succeed in our next chapter is what has brought us to the state.”

The company will lease 44,000 square feet in the Franklin Business Park and will initially employ more than two dozen people. At the facility, imported cocoa cake will be pulverized to make cocoa powder for national distribution. Niche will also manufacture finished chocolate with cocoa butter and cocoa liquid from Ghana.

“The food and beverage sector is one of our state’s economic drivers,” said Missy Hughes, secretary and CEO of WEDC, which aided in Niche’s recruitment. “Niche Cocoa’s decision to locate here complements our existing businesses and opens new possibilities in the supply chain.”

Poku added that the U.S. became a natural choice for Niche’s expansion, given its market size and potential, both to develop semi-finished products and to sell more products up the value chain, such as chocolates. 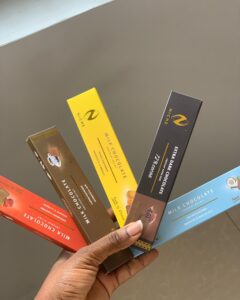 Niche is partnering with the Omanhene Cocoa Bean Co., a Milwaukee-based company that pioneered production of world-class, single-origin, bean-to-bar chocolate manufactured in Ghana.

“Together, Omanhene and Niche demonstrate the promise of a new globalism, where international trade creates jobs and value instead of exploiting vulnerabilities,” said Steve Wallace, Omanhene’s founder.

At a ceremony earlier this month, a federal trade official lauded Niche and pointed to the importance of foreign direct investment in the U.S.

“Niche Cocoa’s historic investment in Wisconsin is an unmistakable signal to other companies across Africa and around the world: The United States is open for business,” said Marisa Lago, U.S. undersecretary of commerce for international trade. 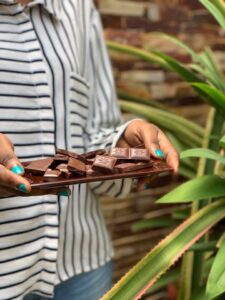 “The company adds to a strong cluster of global food and beverage manufacturers that call our region home, a reflection of our favorable business environment, strong manufacturing infrastructure and one of the nation’s highest concentrations of talented workers,” said Rebecca Gries, M7’s vice president of corporate attraction and expansion.