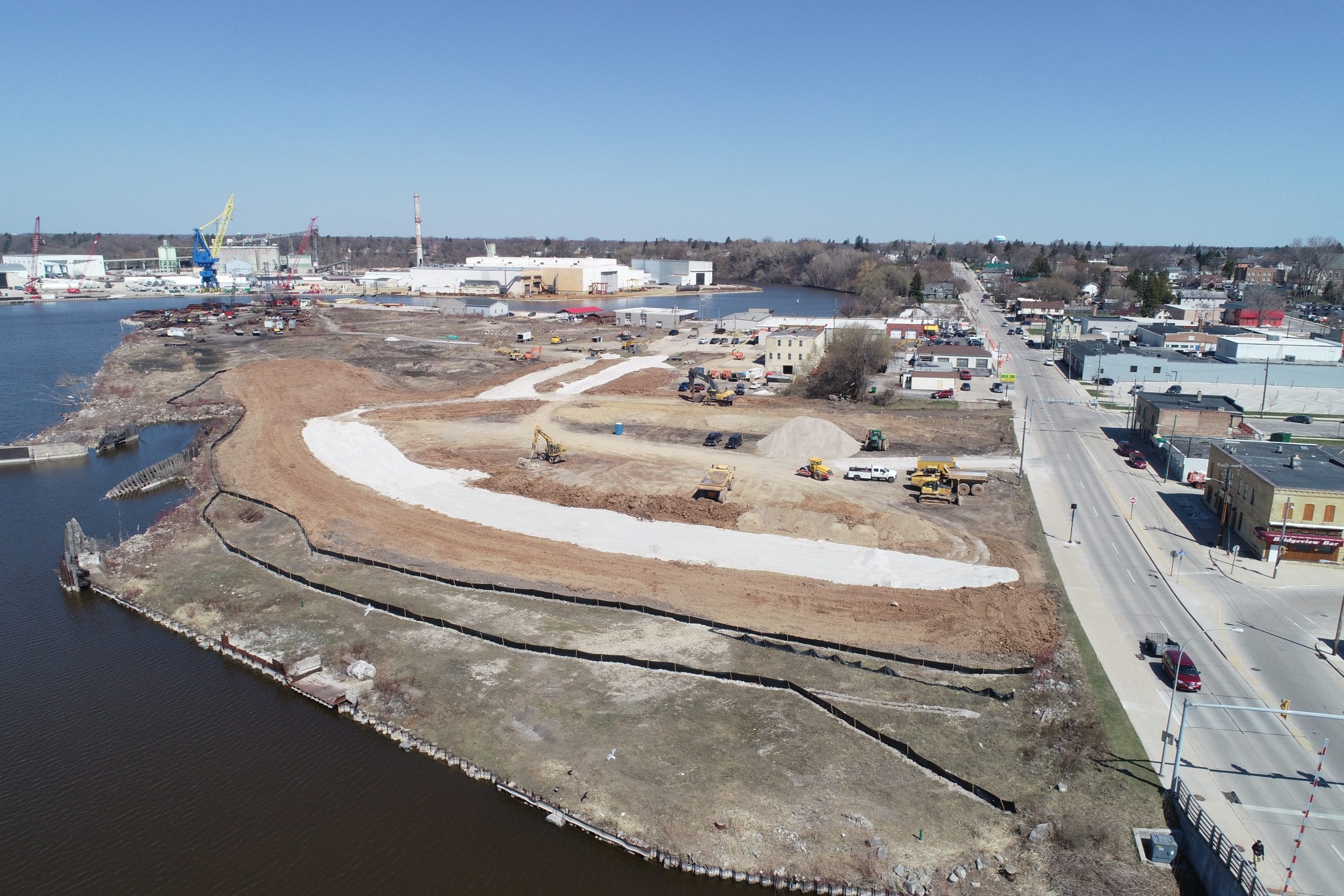 “WEDC is committed to supporting communities throughout the state as they invest in and take steps to enhance their business districts,” said Missy Hughes, secretary and CEO of WEDC. “This project is the latest example of a substantive local development happening for the River Point District in Manitowoc that will serve as a foundation for future economic growth.”

This grant is the fourth WEDC award for the overall River Point District. Between the City of Manitowoc and the Community Development Authority of the City of Manitowoc, the district has been awarded $524,550 from WEDC. These SAG funds will cover soil and groundwater investigation and reporting expenditures necessary before the state Department of Natural Resources allows redevelopment to move forward.

“Without the continued investment of the state through WEDC, the redevelopment of the River Point District on our aggressive timeline would be extremely difficult,” said Manitowoc Mayor Justin Nickels. “The support received thus far has made the attraction of private development and investment more effective and impactful.”

The site assessment is expected to be completed in December of 2021.

“I am excited to see the state investing more in our groundwater and making sure our soil is clean,” said state Rep. Paul Tittl. “River Point will be a highlight and great enhancement to our river.”

Property development plans include installation of streets, utilities, lighting, and possible trails and streetscape. The largest of the planned projects is an 87-unit apartment project that will be six stories. Another planned project is the relocation and expansion of PetSkull Brewing, which is expected to open in July. A new restaurant and recreational rental establishment is also planned for a location along the river. These three projects total more than $15 million in private investment already attracted to the overall River Point District.

The River Point District consists of a 20.1-acre peninsula bound to the north, south and west by the Manitowoc River. The redevelopment of this former industrial peninsula has been part of the city’s vision for over 20 years. Most recently, in 2019, the city adopted a Downtown Master Plan. Within the plan, the peninsula was identified as one of four catalyst sites for redevelopment.