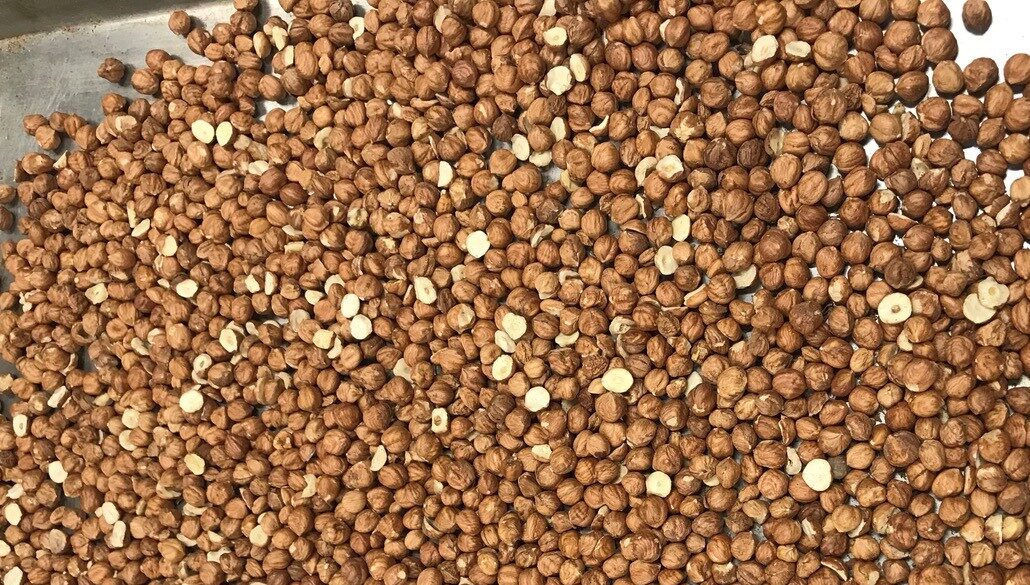 A Midwestern effort to crack into the hazelnut industry is getting a boost from a $79,800 grant from WEDC. The Targeted Industry Project (TIP) Grant will help with efforts to expand the hazelnut industry, which in the U.S. has historically been centered almost exclusively in Oregon.

“The global tree nut industry annually draws around $40 billion in revenue,” says Jason Fischbach, emerging crops outreach specialist for the University of Wisconsin Division of Extension. “Wisconsin doesn’t participate in the nut economy, except for a tiny piece of walnut production. That’s a huge loss of opportunity for a state that does agriculture so well. It’s ironic, too, given that the hazelnut grows wild on thousands of acres in Wisconsin.”

Globally, about 82% of hazelnuts are grown in Turkey and Italy, while the U.S. produces only 2% of the world’s crop—and 99% of that American production, totaling nearly $100 million annually, comes out of Oregon’s Willamette Valley.

But for the last 15 years, the Upper Midwest Hazelnut Development Initiative—formed by the University of Wisconsin and University of Minnesota—has worked to advance the hazelnut industry across the region. The grant will help advance knowledge and innovation for growing and processing new varieties of hazelnuts as well as helping more farmers enter the market.

Based on survey work by Fischbach, there are now about 150 growers in the Upper Midwest, including about 90 in Wisconsin. He also found that 150 acres of mature crops are being grown, with an estimated 40,000 pounds of annual hazelnut production.

Since the hazelnut grows wild in Wisconsin, the challenge is to domesticate it.

“It’s analogous to the cranberry industry because cranberries were a weird-looking bog plant that grew in the wild and eventually turned into this hugely important crop for Wisconsin,” says Fischbach.

Most of the initiative’s work in that time has been to develop improved hazelnut varieties based on Wisconsin’s wild American hazelnut (Corylus americana) to advance commercial hazelnut production and support early-adopter growers. Its breeding work has developed new varieties that, once planted, can enable commercially viable production.

But growing the hazelnuts is just one part of the equation. The initiative is also looking ahead to processing of the crop as the industry grows.

The public-private accelerator was formed in 2018 to support the emerging hazelnut industry, with a focus on harvest and post-harvest processing of the nuts. That processing includes receiving, husking, grading, size sorting and storage, as well as cracking and cleaning, which is done at the Larson Food Lab at Northland College. The funding helped to fabricate a machine to sort the nuts and separate kernels from shell fragments and to purchase a nutcracking machine and conveyor gear for an inspection line. With the help of the WEDC grant, most of that equipment has been purchased or built.

“When we started, we were working with machines people built in their garages,” says Fischbach. “At first, the production cost to go from in-shell nuts to the kernel was $4.50 per pound. Now we have that down to 70 cents. Now we’re in viability range.”

The development of the hazelnut industry in the Upper Midwest comes at a time when demand for the nuts is outstripping supply, as Turkish production has declined. Fischbach says he is encouraged by market trends and the interest Wisconsin growers have shown in obtaining hybrid seedlings.

“We’re building every part of this industry from scratch,” he says. “The U.S. is an almond country, not a hazelnut country. But there are a lot of companies trying to change that. If companies like General Mills introduce just a single product, we’re talking thousands of acres just to supply them. We’re confident there’s a market for 20,000 acres, if not more.”