The new and changing face of Wisconsin business

The new and changing face of Wisconsin business 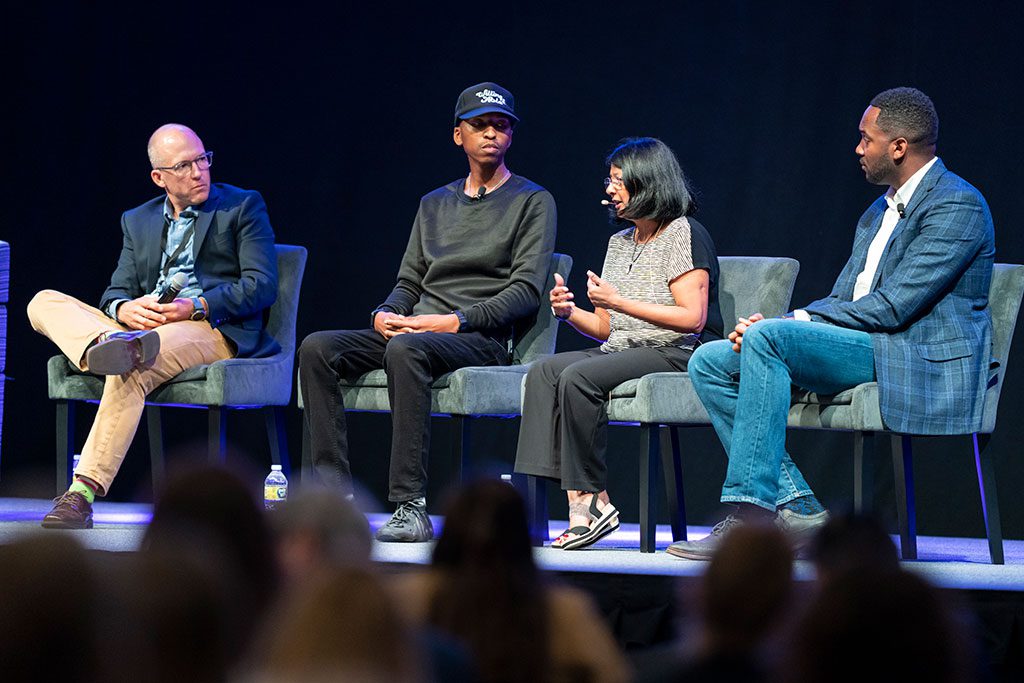 Speakers at the first Wisconsin Economic Summit in Appleton in mid-September were enthusiastic about what the state has achieved and its trajectory for the future.  Members of WEDC’s Wisconsin Ambassadors program, which involves business leaders in building an economy that works for everyone, spoke about Wisconsin’s promise.

Sara Parthasarathy, co-owner of Flavor Temptations, a Madison-based seller of organic spice kits and curry sauces, chose to locate in the city because of its diversity and access to business development mentors.

When her family decided to move to the U.S. from India in 1993 as information technology professionals to help prepare for the Y2K transition, they could have located anywhere. “When we moved here, we had six suitcases, $3,000 in our pockets and stars in our eyes,” she said.

But the quality of an accepting community, its schools and its health care system helped them feel welcome. “There’s a large Indian population,” she said. “Here, we can propagate our culture and educate people on it—just like the Latino community has built a large base, we also have a space for doing that.”

“There’s the art of the possible,” Barkley said. “When we first started, people did not believe this could happen in Green Bay, Wisconsin. This is the only place on earth that you have a combination of a professional sports team and Microsoft. Some of these companies we invest in are growing. We invested in one founder, and now they have a team of 25.”

Que El-Amin, co-founder and principal of Scott Crawford Inc., a real estate development company, is currently working on Community within the Corridor in Milwaukee. The $68 million project, aided by tax credits from WEDC, has 197 units of affordable housing and a community service facility containing a child care center; science, technology, engineering, art and mathematics education resources; a food hall; laundry facilities and more.

“As we looked at other models across the country, no one had provided affordable housing on the front end,” El-Amin said.

The state’s largest city has an African American mayor and other political figures and a low cost of living compared to major metro areas such as Houston, Los Angeles and Dallas, he added.

A strong sense of community in Wisconsin also helps boost the state among visitors, said Ben Popp, executive director of the American Birkebeiner Ski Foundation. The world-renowned cross-country ski race attracts skiers from 25-28 nations and all 50 states each year.

And while his wife at first questioned their move from the Twin Cities to Hayward, Popp said they have seen the benefits of living in a small town with a terrific quality of life.

“People tell us the community is amazing, and it makes them want to come back. That, to me, is infectious,” Popp said. “It’s an unbelievably great community.”

El-Amin urged Wisconsin entrepreneurs to think big and make a big impression. Businesspeople need to show confidence and think regionally to attract top employees instead of focusing on a certain in community, he said: “Love yourself like Kanye West loves himself. You have to stick your chest out sometimes. If we think small, we won’t attract who we want to attract.”