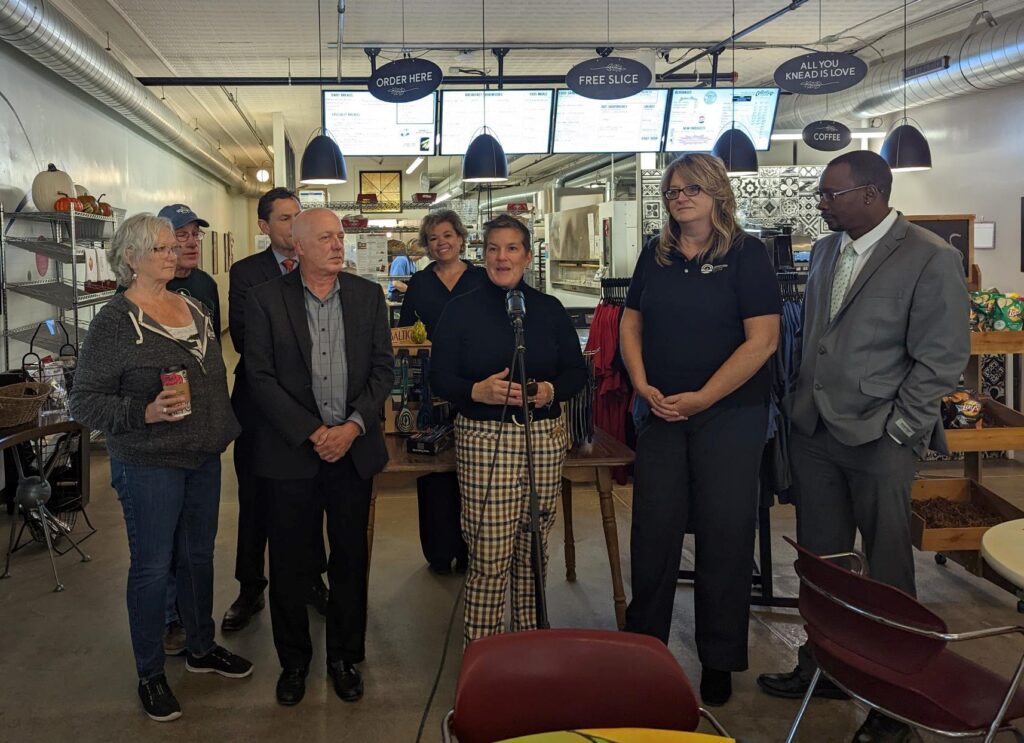 WEDC Secretary Missy Hughes discusses grant that will assist in clean up of a former car dealership in Beaver Dam.

Grant will assist in clean up of a former car dealership

“Unused downtown lots are a wasted opportunity,” said Missy Hughes, secretary and CEO of WEDC, the state’s leading economic development organization. “This grant will allow the city of Beaver Dam to clear buildings and begin the clean-up of a long-vacant car dealership and auto repair site with known soil contamination.”

The site at 109 Ryan Cantafio’s Way requires demolition of two unused buildings, removal of underground petroleum and hazardous substance tanks as well as asbestos abatement. The Department of Natural Resources has found that engine and waste oil have contaminated the soil at the site.

“This redevelopment project will be another important catalyst for the City of Beaver Dam by continuing to redevelop our downtown commercial district,” said Beaver Dam Mayor Rebecca Glewen. “This project will provide critically needed workforce housing for employees in our entire Dodge County region.”

Plans call for the site to become a high-density mixed-use development including owner-occupied housing and commercial space.

The city is in negotiations to sell the property to prospective developer Kaba Bah and his Madison-based company, Kaba Baal, which specializes in urban and rural downtown developments that spark more community development.

“We are planning on building new owner-occupied units to serve the community need for home ownership and workforce housing with some commercial space,” he said. “These catalyst projects, will help attract new residents, support existing businesses, increase the tax base, and complement the downtown revitalization efforts.”

Hughes, along with WEDC Deputy Secretary and COO Sam Rikkers, made the grant announcement Monday during a visit to Beaver Dam. During the visit, Hughes and Rikkers stopped by businesses that had been supported by WEDC’s Community Development Investment Grants.

They also toured businesses that had received Main Street Bounceback grants. The popular program provides $10,000 grants to businesses and nonprofits that move into a previously vacant commercial space. More than 6,600 grants have been approved in all 72 Wisconsin counties and the program is funded with $100 million in federal American Rescue Plan Act dollars.