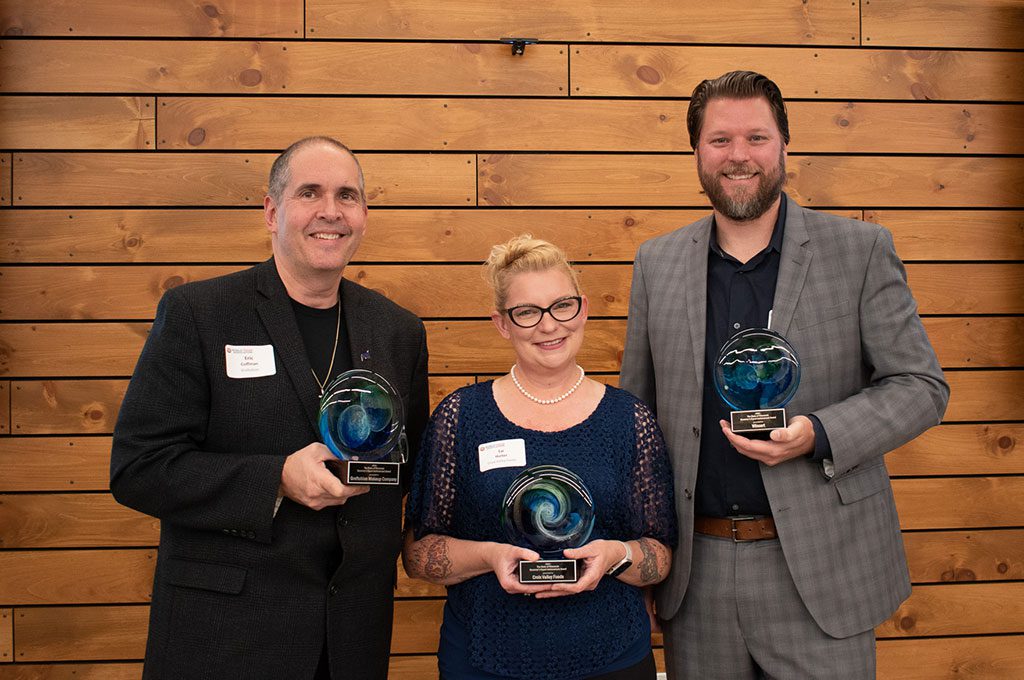 “Exports play a critical role in our state’s economic success, and promoting Wisconsin’s quality products, industries and resources continues to be such an important part of our work to expand export opportunities and build a strong, resilient economy,” said Governor Tony Evers. “The folks we’re recognizing with these awards have proven themselves as innovative business leaders in our state whose efforts have helped ensure that Wisconsin remains a prominent global trade partner with countries worldwide. We’re glad to be able to honor and celebrate their successes.”

“These companies have distinguished themselves by identifying strategies to thrive in international markets, create jobs here at home and help to make Wisconsin an even stronger player in global trade,” said Missy Hughes, WEDC secretary and CEO. “They’re setting creative examples for other Wisconsin companies to follow.”

The Governor’s Export Achievement Awards began in 1981 to recognize companies that have contributed to Wisconsin’s exporting strength by achieving extraordinary results in international markets and elevating Wisconsin’s competitiveness in the global economy.

The awards serve a dual purpose: to recognize companies’ good work and to highlight examples of best practices in export growth so other Wisconsin companies can learn and apply similar tactics.

Nominees were evaluated on measurable export growth, innovation, and contributions to the state’s overall economy and trade development.

This year’s winners are:

Founded in a 100-square-foot space in the back of a meat market in 2009, today this company makes 44 products in a new 20,000-square-foot production facility. Croix Valley’s products include sauces, dry rubs, seasonings and Bloody Mary flavor enhancers. The company is also one of a limited group of small-batch contract packagers in the U.S.

Croix Valley’s first foray into exporting came with sales to a Canadian company in 2018, and the firm has since expanded to doing business with a distributor in the Netherlands that handles accounts on Croix Valley’s behalf in Slovenia, Italy, the Czech Republic, Belgium and the Netherlands.

Owner Lu Holter completed the ExportTech™ Program at the University of Wisconsin-Stout in 2022. The company also obtained a grant to exhibit at a Paris trade show and is discussing ideas to boost its profile in Japan, Australia and Chile.

The Madison company has exported since the early 1980s. It has urged other businesses to get involved with exporting and has even produced a how-to video on exporting. Recent orders have come from Spain, India, France and South Africa. Graftobian now ships about 30% of its products internationally and was named the U.S. Small Business Administration’s Small Business Exporter of the Year in 2022.

During the COVID-19 pandemic, it developed a two-camera, 4K video conferencing system to conduct international virtual meetings and demonstrate its products. The system allowed Graftobian to showcase how flawlessly its products perform under ultra-high-definition cameras. In 2020, Graftobian collaborated with Makeup Magic in Seoul, South Korea, to conduct a training seminar for more than 100 students on Graftobian’s extensive makeup library.

Located in Marinette, Winsert is a leading global provider of innovative alloy solutions to a variety of industries. It has development, testing and production capabilities for cobalt, nickel and iron-based alloys for applications such as medium- and heavy-duty engines, power generation, emission controls, industrial valves, forestry and food processing.

Exporting is an integral part of Winsert’s long-term growth strategy. Its export sales have varied during the pandemic, but its percentage of total international sales has increased each year. In 2021, the company recorded about $47 million in total sales and notched its highest export percentage to date, with 66% of its products being shipped overseas.

The company currently ships to 29 nations. It established a sales office in Munich and is in the process of hiring additional staff in Europe to support its sales growth. Winsert is also expanding into Asia, with a sales and technical support team in Japan. As the pandemic eases and travel becomes safe, Winsert officials hope to resume face-to-face interactions with partners globally to maintain its competitive edge.