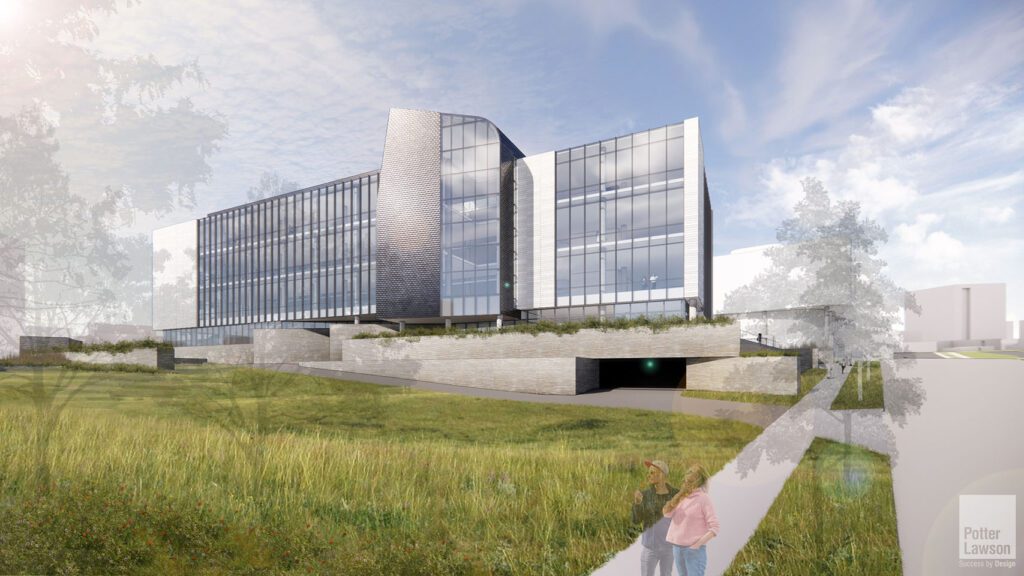 When it decided to embark on a $350 million expansion, Exact Sciences determined that building on its already significant Wisconsin footprint was the wisest choice.

The project will create 1,300 new Wisconsin jobs at the leading global cancer screening and diagnostics company, headquartered in Madison.

“Continued investments in our Wisconsin-based people and facilities will accelerate the development of new cancer tests and ensure we continue providing world-class services and critical answers to patients,” said Kevin Conroy, chairman and CEO at Exact Sciences.

Exact Sciences is best known for its noninvasive colorectal cancer-screening test, Cologuard®. Its success enabled Exact Sciences to broaden its aspirations to providing tests and services for people throughout the entire cancer continuum—before, during and after diagnosis.

The company had other site options but targeted the University Research Park in Madison—adjacent to its corporate headquarters—to build a research and development center of excellence, a laboratory space and a warehouse.

“As the company has grown to add operations around the world, Exact Sciences could have chosen to expand in other states, but chose Wisconsin because of our well-educated workers, excellent community infrastructure and support for its research and health care missions,” said Missy Hughes, secretary and CEO of WEDC.

WEDC is supporting Exact Sciences’ Wisconsin-based projects with an additional $18.5 million in performance-based Enterprise Zone Tax Credits, which will be awarded if the company meets new capital investment and job creation goals by 2025.

“Exact Sciences has already demonstrated an almost unlimited potential to grow,” said Hughes. “The fact that they’re choosing to grow in Wisconsin is testament to the strength of our state’s economy and our strong support for businesses of every size, shape and sector.”

Beginning in 2017, Exact Sciences made several strategic acquisitions to bolster the company’s infrastructure and capabilities. These brought new talent, tests and technologies into the company while expanding Exact Sciences in Wisconsin and beyond.

WEDC has been a strategic partner in accelerating the company’s growth since 2014. The WEDC Board of Directors recently authorized increasing the company’s Enterprise Zone Tax Credits from $9 million to $27.5 million if the company creates at least 1,300 new jobs and invests at least $350 million in capital expenditures by 2025. The previous Enterprise Zone contract required the company to create 758 jobs and invest at least $26.2 million to qualify for $9 million in tax credits. Exact Sciences has qualified for all the credits by creating more than 2,700 jobs.