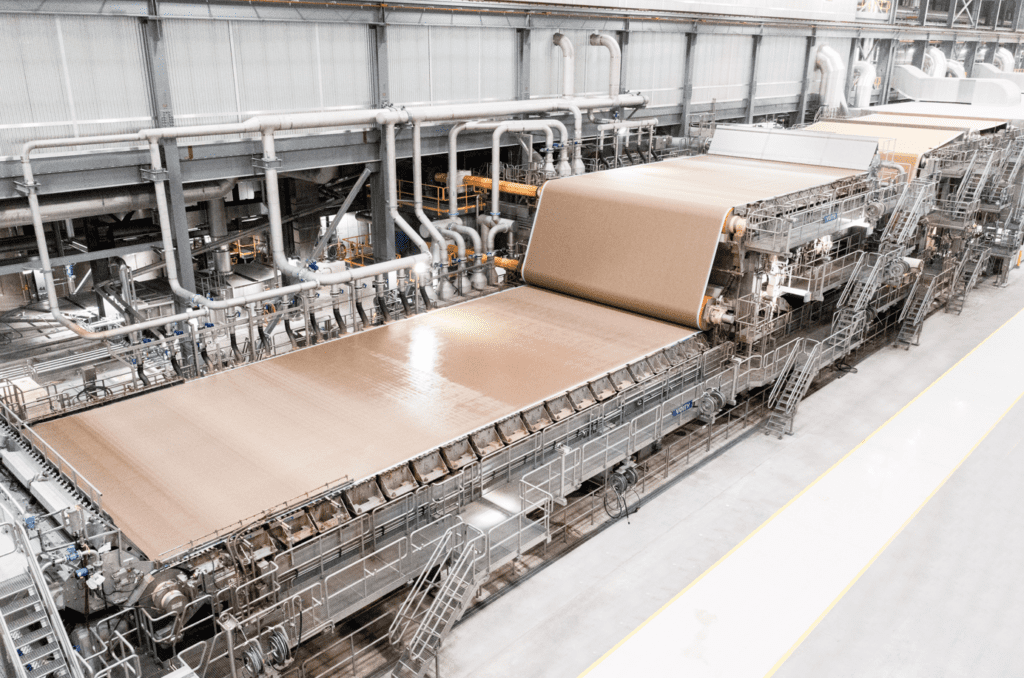 Green Bay Packaging held ribbon-cutting ceremonies in June for its $500 million paper mill—the first new mill built in Wisconsin in more than three decades, and one of the largest economic development projects in Wisconsin history.

The state-of-the-art mill recycles used cardboard boxes into paper, more than doubling paper production capacity for the Green Bay–based company. Replacing a facility built in 1947, the new paper mill is environmentally conscious, with boilers fueled by natural gas instead of coal and a system to recycle its wastewater rather than pour it into the Fox River.

“When Green Bay Packaging first envisioned this new mill, no one could have imagined the massive increase in demand for packaging that we’ve seen in the last few years,” said WEDC Secretary and CEO Missy Hughes. “Green Bay Packaging’s investment in Wisconsin is a testament to the strength of our state’s paper industry, which remains a major driver for our economy.”

The project, which began in August 2018 and took nearly three years to complete, has received $41.9 million in performance-based state tax credits in exchange for retaining 1,468 jobs and creating 177 new jobs. The project has involved $620 million in capital investment, to date. WEDC has authorized up to $60 million in state tax credits for the project, subject to job creation/retention and capital investment targets being met.

Wisconsin leads the nation in the number of paper mills. The paper, pulp and converting industries generated $18.2 billion for the state’s economy and employed more than 30,000 people in 2018, according to a study by the Wisconsin Institute for Sustainable Technology at the University of Wisconsin-Stevens Point.