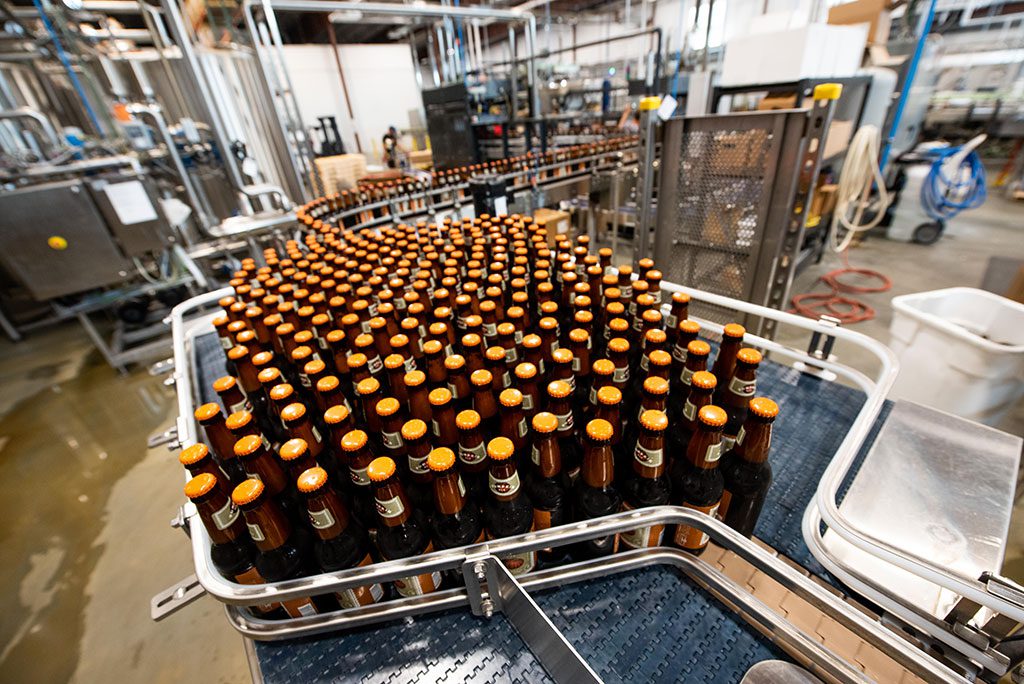 Octopi Brewing, a contract beverage manufacturer and packager, is expanding operations from a 65,000-square-foot facility to 165,000 square feet.

WAUNAKEE, WI. SEPT. 28, 2022 – Octopi Brewing, LLC, a contract beverage manufacturer and packager, is expanding operations in Waunakee — a $62 million project expected to create 150 jobs over the next five years while giving the company significantly more facility space and production capabilities.

“Octopi has grown into a tremendous success and is a significant creator of family-sustaining jobs in the Waunakee area,” said Missy Hughes, secretary and CEO of Wisconsin Economic Development Corporation (WEDC), the state’s leading economic development organization. “WEDC has supported Octopi from its early days and is proud to continue doing so with this latest expansion.”

“We’re growing almost 10 times in size, going from a 65,000-square-foot facility to over half a million square feet of space,” said Isaac Showaki, founder and president of Octopi Brewing. “Adding new equipment will give us even more product capabilities as the innovation beverage market keeps growing.”

WEDC is supporting the project by authorizing up to $800,000 in state income tax credits over the next five years. The actual amount of tax credits Octopi Brewing will receive is contingent upon the number of jobs created and the amount of capital investment during that period.

“It’s a response to what the market’s telling us and what our clients are telling us,” Showaki said. “We’re lucky to be in a position where we’re getting bigger and better clients who want more production volume, so we’re doing what we can to help them.”

In addition to the 150 jobs expected to be created by Octopi Brewing, an economic modeling study estimates the project could indirectly generate 212 additional jobs in the region. Those 362 new jobs are expected to generate $806,446 in state income tax revenue over a five-year period.

“When we started, we had six employees, and now we have over 200 full-time employees with amazing benefits and great wages,” Showaki said. “It’s pretty fulfilling to see how many people are part of Octopi and how many families are able to develop through that.”

Showaki founded Octopi Brewing in 2015 and the company has already expanded multiple times. Octopi’s facility in Waunakee initially produced just beer but has since added other beverage capabilities.

“Anything that can go in a bottle, can or keg, we can do it,” Showaki said.

As a contract beverage manufacturer, Octopi consults clients on recipes, design, merchandising and more, helping them create high-quality and successful beverages. It’s an invaluable resource for those getting into the beverage industry while lacking the resources to buy their own equipment or build their own facility.