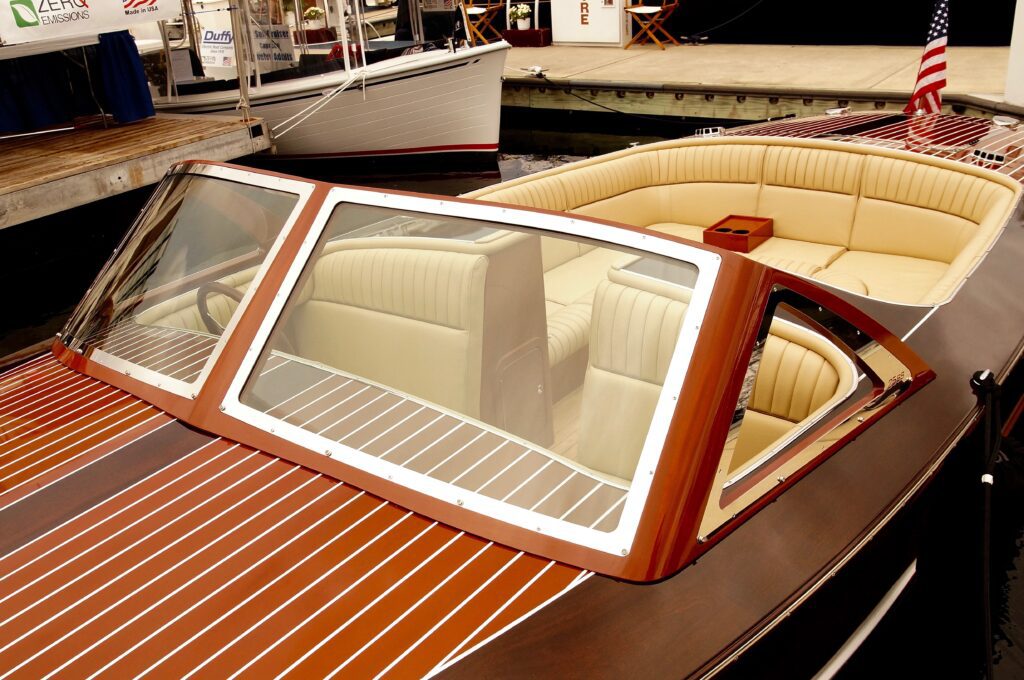 When Michigan’s Grand Craft Boats went looking for a new place to anchor its business, Wisconsin’s lakes and skilled workforce combined to make the Badger State an irresistible draw.

The manufacturer of luxury mahogany watercraft last month announced its decision to move its headquarters and production facilities from Holland, Michigan, to a site in Genoa City, in Walworth County in southeast Wisconsin.

The firm leased a 20,300-square-foot facility there and expects to employ 20 workers in Genoa City in three years.

“We were particularly attracted by the strong workforce, as well as a business climate that values and encourages manufacturers like us,” said Patrick Gallagher, Grand Craft president and CEO.

In addition, Gallagher said Wisconsin’s “deep tradition of lake recreation and enjoyment of the outdoors” weighed strongly in the state’s favor.

WEDC supported the project by authorizing up to $125,000 in state income tax credits over the next three years. The actual amount of tax credits Grand Craft will receive depends on the number of jobs created and the capital invested in the project.

“The company’s decision to relocate here is another example of how Wisconsin is able to attract manufacturers of innovative, best-in-class products because of its skilled workers, strong communities and outstanding manufacturing infrastructure,” said Missy Hughes, WEDC secretary and CEO.

“Recreation on Lake Geneva is a world-class draw, and the area is filled with other beautiful lakes,” D’Auria noted. “The area also has a deep base of manufacturing and a top-notch technical college.”

Gallagher and Rose Gallagher, the firm’s executive vice president, acquired the business in February 2021 and are looking forward to continuing to combine old-world craftsmanship with advanced manufacturing processes in Wisconsin.

“Wisconsin is a great fit for Grand Craft,” he said. “We’re thrilled to continue building our business here.”