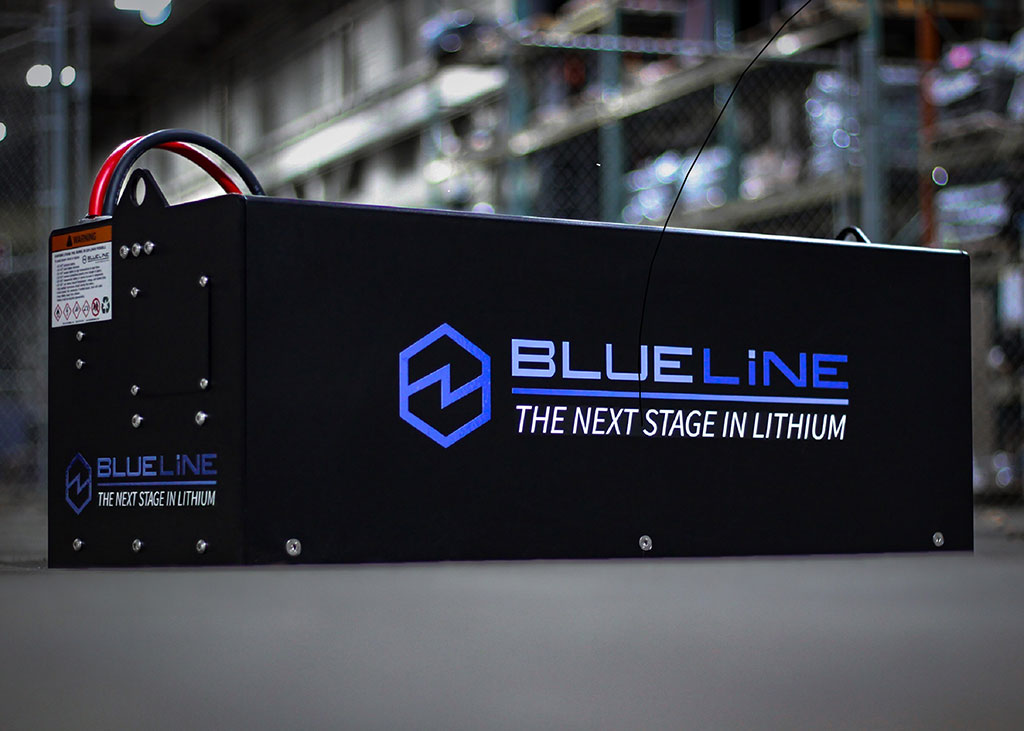 Blue Line Battery, Inc. manufacturers lithium-ion batteries specifically for forklifts. Some industrial customers have saved between $1,500 and $3,500 a month by using Blue Line batteries in their forklifts.

MADISON, WI. AUG. 9, 2022 – Wisconsin-based startups have excelled at battery technology innovation in recent years, revolutionizing the way we power our electronics, vehicles and more and making the state a trailblazer in the industry.

These advances build on Wisconsin’s long tradition as a leader in the battery industry. Rayovac, now owned by Energizer, has been one of the top brands of alkaline batteries since being founded in Wisconsin in 1906. Generac, founded in 1959, is one of the biggest names in home backup generators and power storage systems.

Few states show as much promise for the future of batteries — specifically, lithium-ion devices — as Wisconsin, where several companies are researching and manufacturing the latest lithium-ion technology. With help from Wisconsin Economic Development Corporation (WEDC) and the Qualified New Business Venture (QNBV) program, these companies have grown and succeeded in their early years while turning out industry-altering products.

The QNBV program is intended to encourage equity investment in technology-based businesses in the state of Wisconsin. By giving eligible angel and venture fund investors a Wisconsin income tax credit equal to 25 percent of the value of their investment, the program helps tech-based startups develop products, enter markets and create high-quality jobs as they emerge in their industries.

“Early-stage funding is essential for tech-related startups to gain prominence in their industries,” said Missy Hughes, secretary and CEO of WEDC, the state’s leading economic development organization. “WEDC sees QNBV as a great resource and opportunity for these companies.”

Conovate, Inc. is making a new, carbon-based material for lithium-ion batteries. Compared to graphite, which has been used in such batteries for more than 40 years, Conovate’s COphite™ material offers faster charging, higher capacity and more safety. The company, founded in 2016 and located in Milwaukee, is targeting its revolutionary technology toward the lithium-ion batteries in power tools, electric bikes and drones. Conovate hopes to eventually get COphite™ in electric cars, as well.

Along with funding from government entities such as the Department of Energy and the National Science Foundation, Conovate has relied heavily upon $1.5 million in angel investors’ funding as it has developed its products and grown as a company since 2016.

“Wisconsin-based angel groups have been very interested in whether we have QNBV,” said Carol Hirschmugl, founder of Conovate, Inc. “It’s definitely perceived as an excellent thing, and it’s definitely a positive for those investors.”

Also working to improve lithium-ion batteries is Silatronix, Inc., which was founded in 2007 by two UW-Madison chemistry professors, Robert Hamers and Robert West. Silatronix® OS compounds, their patented Organosilicon electrolyte additives, improve the runtime of lithium-ion batteries. The company both makes products and does research and development for customers looking to design more effective batteries. Silatronix’s products are predominantly used in electric aviation (drones and airplanes) but like Conovate, it sees potential in electric vehicles down the road.

With the industry primarily concentrated in Asia, Silatronix has focused much of its sales and marketing efforts on Japan, South Korea and China, although the U.S. is progressing toward domestic production of lithium-ion batteries.  Company officials say the QNBV program was fundamental to Silatronix’s growth into an internationally relevant company.

“The development of the materials we’re working on takes an extraordinarily long time, usually 10-15 years from concept to product sale,” said CEO Mark Zager. “We were looking for financial leverage wherever we could get it, and our status as a qualified new business allowed us to go to a broader set of investors to support the company over its incubation period.”

Seven years after forming as a company and three years after beginning to sell its products, Blue Line Battery is finally net profitable in 2022. Venture capital groups, cautious about Blue Line and hardware manufacturing startups in general, steered clear of the company, so Blue Line depended upon Wisconsin angel investors to stay afloat and reach this point. The company has raised $5.7 million to date, 98 percent of which came from angel investors.

“We wouldn’t have made it to profitability without capital, and we wouldn’t have gotten capital if it wasn’t for QNBV,” said Phil Fonfara, president of Blue Line Battery, Inc. “If we didn’t have QNBV, we likely would not have received funding and our business would not exist. It’s that linear.”