Gamber-Johnson originally manufactured wooden stereo cabinets when it was founded in 1954. But as technology has evolved, so have its product offerings–and the markets they’re sold in.

Today, the Stevens Point company is a leading supplier of rugged computer mounting systems and vehicle mounting components used in consumer, law enforcement and military applications. It has built an international reputation for providing quality, innovative products, and its revenue growth over the past decade is attributable almost entirely to export growth.

Before it could become a household name overseas, though, it had to start by exploring the export market from Wisconsin.

For most of its history Gamber-Johnson primarily sold its products in the U.S. and Canada. Its export growth began when the company’s leadership noticed an overseas demand for mobile docking stations. While the domestic market was flat, the export market was growing fast. With innovation in its DNA, Gamber-Johnson wanted to utilize an international approach to business.

To do this, Gamber-Johnson reached out to the Wisconsin Economic Development Corporation (WEDC). Through participation in the organization’s ExporTech™ program, Gamber-Johnson developed a strategic approach to exporting by identifying the most promising markets—the United Kingdom, United Arab Emirates and Brazil—and crafting a plan for success. ExporTech also gave the company access to a network of key advisors and industry experts that allowed it to invest further in its international operations.

“WEDC has made exporting possible by giving us the resources that are required.”

It wasn’t long after reaching out to WEDC that Gamber-Johnson became an established brand name in Europe and much of the Middle East. It has signed service agreements that provide for in-country support and repair of docking stations in 22 countries—support that is essential for customer satisfaction in these markets—and the company is now looking to pursue additional opportunities throughout Latin America and Southeast Asia.

In a five-year period Gamber-Johnson’s exports, as a percentage of total sales, rose by 13 percent. The company has created several new positions due to business growth driven by exports, and it expects to continue its strong growth in the years ahead.

Gamber-Johnson's success has also been recognized with several awards. In 2014, the company received the President's "E" Award for Exports, the highest recognition any U.S. entity can receive for making a significant contribution to the expansion of U.S. exports. In 2015, Gamber-Johnson received a Wisconsin Governor's Export Achievement Award in recognition of its excellence in exporting. And in 2018, it was one of only eight companies in the U.S. to receive the President's "E" Star Award, recognizing four years of successive export growth.

ESTABLISHED A BRAND NAME IN EUROPE, THE MIDDLE EAST & BRAZIL

A 13% SALES INCREASE THROUGH EXPORTING

EXPORT BUSINESS RESULTED IN NEW HIRES FOR THE COMPANY 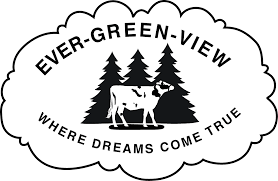