The Little Potato Company recognized the need for an American facility

Since the day it began cultivating the petite Creamer potato, The Little Potato Company has seen a steady increase in the positive impact its spuds are having on consumers, especially busy families looking for convenient and healthy food.

“WEDC supported our move to Wisconsin in several ways, with labor force development, with tax credits, and the site we built on was pre-developed and slab ready.”

Matthew Havertape, VP of Finance and IT, The Little Potato Company

But a lot has changed for the Alberta, Canada-based company since its first acre was handplanted and handwashed in a bathtub 20 years ago. With sales reaching double-digit growth, and recognizing the value the potatoes were bringing shoppers, The Little Potato Company saw an opportunity in the U.S. market and decided to seize it in Wisconsin.

When narrowing down its desired locations, criteria for The Little Potato Company included finding a high-quality potato growing region, access to transportation routes and the availability of workers. Wisconsin had previously been ranked No. 3 in the nation for acres of potatoes grown, but beyond the fertile land, the company still needed assistance to make the decision financially viable.

Enter the Wisconsin Economic Development Corporation (WEDC), which met with The Little Potato Company representatives and helped incentivize the decision by offering $740,000 in business development tax credits to be earned through investment and job creation requirements.

The Village of DeForest also showed support for the project through subsidized land, infrastructure and other incentives.

“WEDC has been instrumental in ultimately helping us make the decision to be in Wisconsin, by connecting us to the right people and encouraging and supporting us.”

The Little Potato Company invested more than $20 million for the 130,000 square-foot facility, $11.7 million of which qualifies for tax credits from WEDC. The new facility features state-of-the art equipment and is projected to employ 130 people by 2019. The building includes 11,730 square feet of office space and 121,000 square feet of warehouse and processing space, as well as expandable cooler space.

With a grower network in Wisconsin, the company now offers varieties of Creamer potatoes called Baby Boomer, Fingerlings, Miss Blush, Blushing Belle and Something Blue. Its products come in distinctive microwave-, oven- and grill-ready packages, and unique 1.5-pound gusset bags to five-pound bags. They are sold in produce sections of grocery stores and other outlets in 43 states and Canada, including Hy-Vee, Woodman’s and Walmart.

The U.S. division of The Little Potato Company is now equal to its Canadian business, and it is expected that its U.S. business will surpass the Canadian market within the next two years.

BRANCHING OUT IN WISCONSIN®

​Cultural and economic ties between Germany and Wisconsin, the presence of German companies, and assistance from WEDC and partners made Wisconsin a top choice for ULT AG's North America location. 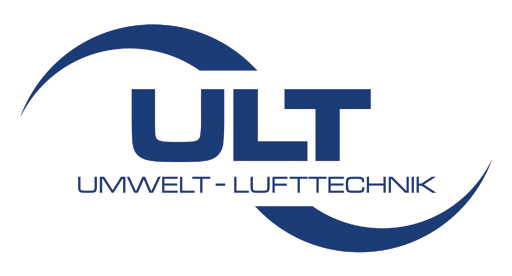 HARIBO has selected Kenosha County as the site of its first manufacturing facility in North America and attracting the company to Wisconsin aligns with WEDC’s proactive foreign direct investment strategy.

​To find a site for a new distribution center, Dollar General Corp. called on the Certified In Wisconsin Program, which provides a consistent set of standards for industrial site certification.

​When Gourmet Foods International was looking for its first Midwest location, it selected Wisconsin so the company could reach the Milwaukee, Chicago and Minneapolis markets with ease.