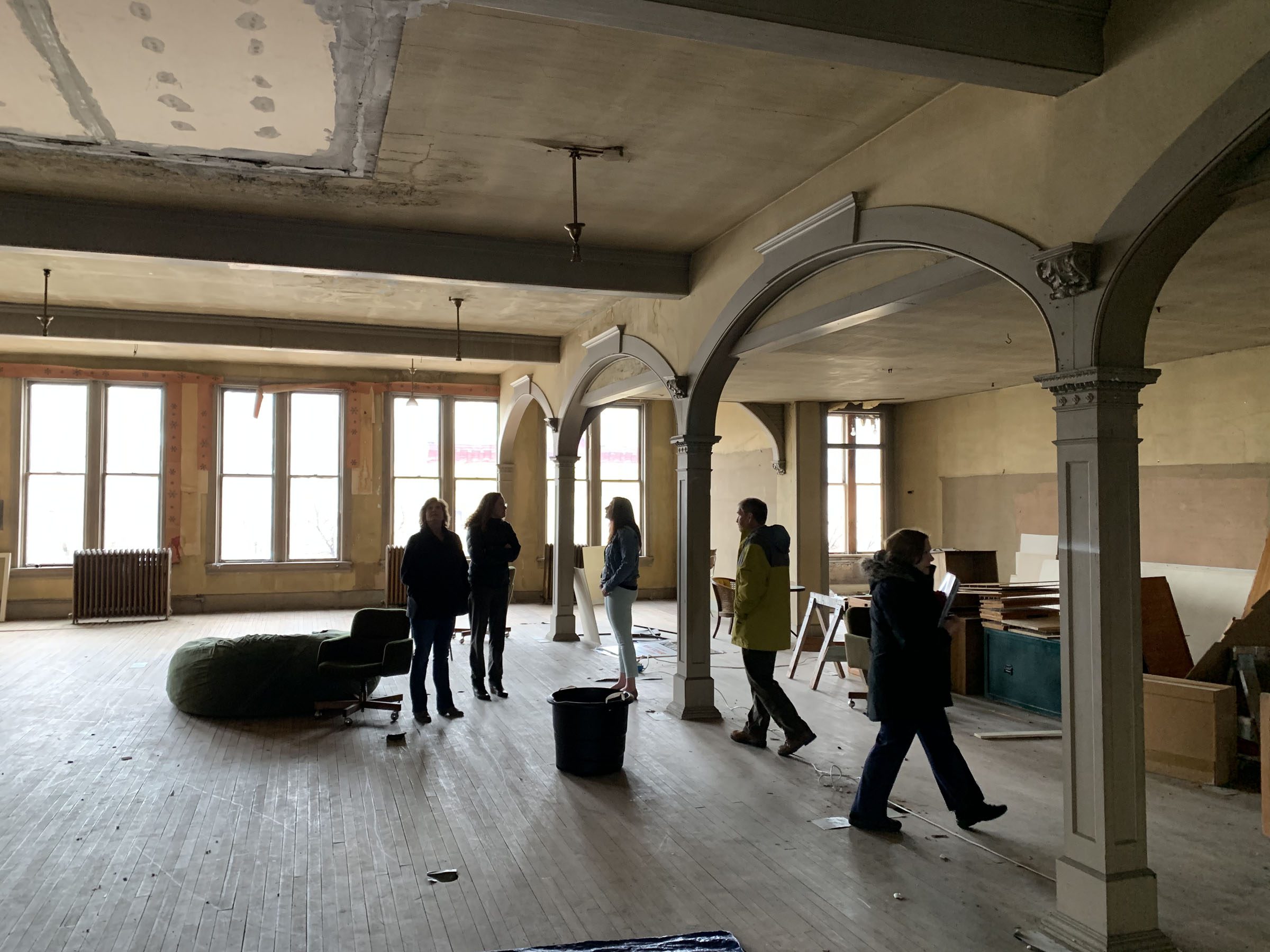 Many common building renovations in our Main Street communities have become too complicated and expensive for property owners to tackle—in no small part because of the past 100 years of layered building codes.

These complications have resulted in countless buildings sitting vacant, underutilized or deteriorating. This issue has been under the rug for too long.

Earlier this year, a special task force was created specifically to examine building codes and their application to existing buildings in America’s downtowns and historic commercial districts.

The Association for Preservation Technology International (APT) Main Street Task Force is working to increase education, compile examples and data and provide recommended changes at the national level where necessary.

And we want to hear from Main Street districts across the country as they try—successfully or not—to navigate complicated building codes, as we hope to create a series of case studies to further improve these systems for our nation’s historic downtowns.

A brief history of building codes

Since the turn of the 20th century, states and cities across the country adopted building codes that assure life safety in new construction and building renovations.

Major disasters such as the Great Chicago Fire of 1871 and the New York textile mill tragedy in 1911 were the impetus for many of these codes. As a result, buildings were constructed of more durable and fire-resistant materials, and things such as stairways and exits were regulated.

During the late 20th century, accessibility for people with disabilities also became a priority.

By this time, a vast majority of the building stock in America consisted of older and historic buildings, most of which were not built to current codes.

When the Americans with Disabilities Act (ADA) was passed in 1990, it clearly stated that the intent was not to make every building 100% accessible, but to make a more accessible America, knowing that structural and historic elements would prevent some improvements.

It provided guidelines for new and existing buildings, many of which were integrated into local and state building codes. In much the same way, as new technologies and materials became available that helped to make buildings safer, these things became required in all new construction and most renovation projects.

In 1997, the International Building Code (IBC) was created, and several states and many cities adopted portions of it into their codes.

The problem was that it treated most buildings as new construction and held existing buildings to the same criteria.

Then, in 2003, the International Existing Building Code (IEBC) was created to address existing buildings. This was an improvement, and some states and cities adopted much of it.

Sadly, most local and state code officials still deferred back to the IBC because that is what they were familiar with. At the same time, the National Fire Protection Administration and the ADA were making their code requirements more stringent.

In late 2020, a group of architects and designers within the Main Street America Network began expressing their concerns about these code issues.

Many of these design professionals were also members of APT. Within APT is a technical committee that has advanced knowledge of codes and their use for existing and historic buildings for many years.

This provided an ideal partnership for the Main Street designers to address their concerns.

In 2021, a special APT Main Street Task Force was created to examine building codes and their application to existing buildings in America’s downtowns and historic commercial districts.

The task force is co-chaired by Joe Lawniczak of Wisconsin Main Street and Mike Jackson, FAIA of Illinois, who is also the co-chair of the APT Codes and Standards Technical Committee.

For education, the overall goal is to improve the skills of design professionals and local code officials in cities and rural communities across the U.S. in using the IEBC.

In particular, we aim to help them to understand the nuances of the three IEBC code compliance methods that architects are able to choose from—prescriptive, work area and performance.

Unfortunately, many designers and local or state code officials are not well versed in these methods, and using them requires careful deliberation on their part.

Existing building projects may take additional time to design and review, but the flexibility of the three compliance methods provides the best path for keeping a building as original as possible while becoming as safe as modern codes allow.

Beyond being more complex than the IBC, the IEBC is very rarely a subject of training at national and state building code official trainings.

This is the primary reason why the IEBC gathers cobwebs on so many bookshelves, and is the reason that education is one of the primary focuses of the new task force.

In 2021, the committee received a grant from the Historic Preservation Education Foundation and is working with several experts across the country to develop a building codes and Main Street workshop for 2022 and preparing sessions for the 2023 APT conference. Both would be open to designers, code officials and Main Street practitioners.

In addition, the task force is creating a series of case studies for both code success stories and projects in which code regulations became barriers to building renovation.

These case studies will look mainly at smaller-scale—two- to four-story—masonry buildings typically found on Main Street. Special emphasis is on the development of vacant and under-utilized upper floors, especially how the existing conditions and first-floor uses affect their renovation from a code standpoint.

This is where we need you.

We are looking for examples of how the building code that was used either made the reuse and rehabilitation overly confusing, burdensome and costly, or how these issues were accommodated and resulted in a successful renovation.

We would like you to send us a message with a little information on what happened, including the process of working with the local code official. We can take it from there.

And lastly, we’re always searching for state and local designers and code officials who do a great job of using the IEBC.

If you have someone locally who fits this description and are willing to share their contact information with us, it will help us to expand our network of professionals and strengthen our efforts at education and recommending code changes at the national level.

More about the authors

Joe Lawniczak has served as downtown design specialist with Wisconsin Main Street since 2001. He has provided design assistance to more than 1,500 property owners in Wisconsin, and many more on a consulting basis for dozens of state Main Street programs around the country.