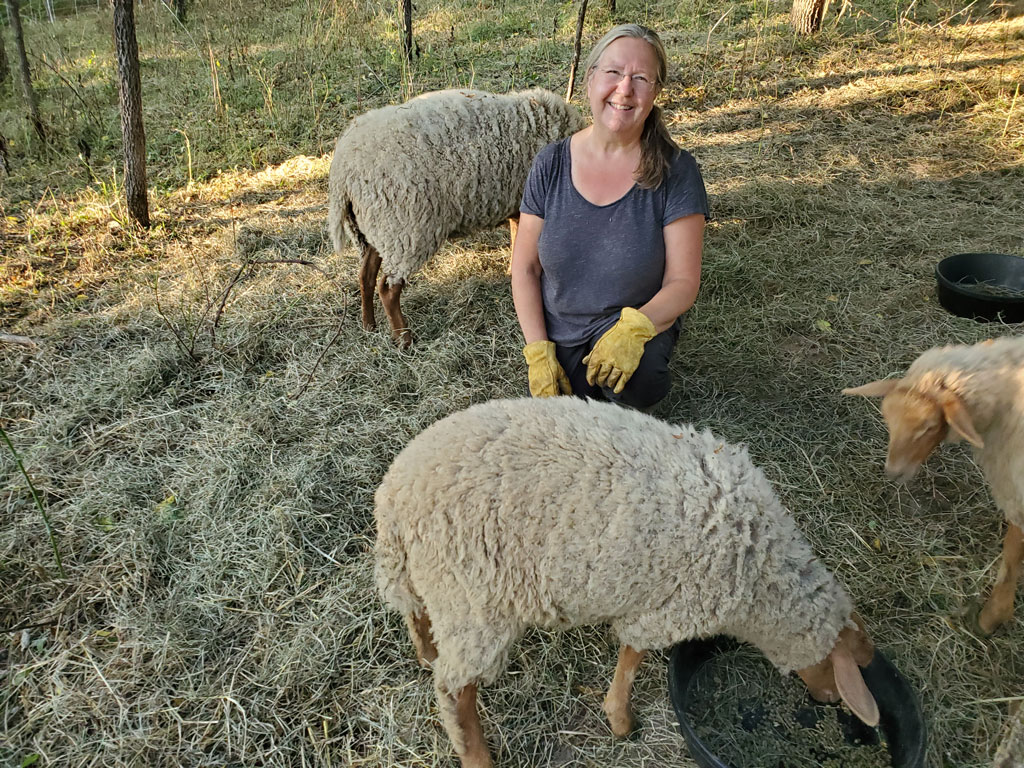 Heidi Hoff, Meatsmith Co-op secretary-treasurer, with some of her Tunis-Gotland cross sheep

Two Wisconsin cooperatives created during the COVID-19 pandemic—but serving very different industries—hope to set up processing plants that will put their members on a trajectory for success, with the help of grants from WEDC.

The Southern Wisconsin Meat Cooperative wants to become the first worker- and producer- owned meat processing co-op in the state. Established in 2021, the organization—operating as the Meatsmith Co-op—hopes to buy a vacant grocery store in Argyle and convert the steel-frame building into a facility that will process meat from cattle, hogs, sheep and goats.

As part of the project, Meatsmith will have a mobile slaughter unit that will travel to the farms of co-op members to slaughter the animals and transport the carcasses to the processing plant. 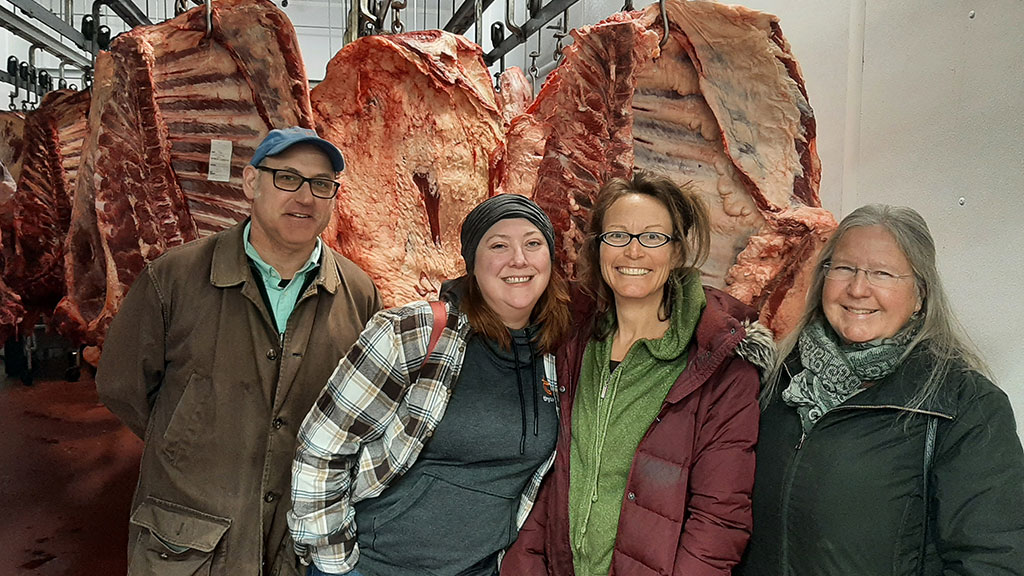 The goal is to start with 40 farm members in Dane, Grant, Green, Iowa, Lafayette and Rock counties, and work up to 80 or 100 members once the processing plant is operating, says Meatsmith Secretary-Treasurer Heidi Hoff.

Many processors currently favor large-scale livestock farmers, particularly beef producers, whose regular, repeat business provides a larger profit margin for the processor, Hoff says. She says farmers with only a few animals to process at a time may have to wait a year for their turn, in normal times, and during the pandemic, that stretched to as long as two years. “Small- and medium-scale livestock producers need another option for processing animals and more control over how it’s done,” Hoff says.

A $23,800 WEDC grant will pay for a study to see if Meatsmith’s concept is feasible; if so, it could become a model for similar meat processing co-ops elsewhere in Wisconsin.

An unrelated meat processing operation is under consideration by Bender Family Farms, Cambria, which has received a $14,500 WEDC grant to study the possibility of creating a cooperative to open a meat processing plant in the town of Kingston.

“Growers were not able to find equitable, timely, local processors to make their hemp into oil,” says Felicia Freund, MC3 co-founder. “And they are hardly getting a living wage for their product.”

MC3 received a $5,200 grant from WEDC to obtain a market analysis on the feasibility of setting up a processing plant somewhere in southern Wisconsin to produce cannabidiol (CBD) and craft hemp products.

“This will help us because we have run up against a lot of barriers,” Freund says. Banks, credit unions and even nonprofit lenders such as Kiva will not loan money to hemp producers, she says, even though the hemp is bred for industrial, not psychogenic, purposes.

Coincidentally, about 100 years ago, Wisconsin was the second-largest hemp growing state in the country, behind only Kentucky, according to a 1918 UW-Madison bulletin. The report said hemp fiber was “a national necessity,” used for “vital purposes” such as sewing army shoes and caulking battleships.

Ultimately, MC3 wants to become a tool for social justice, to provide jobs for people convicted of cannabis-related crimes. Freund said it is unjust that people—most of whom are white—are now profiting from legal cannabis businesses while so many others—disproportionately people of color—have been imprisoned in the past for cannabis violations. “We want to be able to give the industry back to them,” she says.

Cooperatives date back more than 250 years in the U.S. The first one was a mutual fire insurance company founded by Benjamin Franklin in 1752, according to the UW-Madison Center for Cooperatives—and it’s still operating today. Often, in our nation’s history, cooperatives took shape as consumers or producers banded together for social or economic improvement, particularly during the Great Depression in the 1930s.

Wisconsin has more than 700 cooperatives, and complications resulting from the pandemic have prompted more interest in creating them, says Kelly Maynard, cooperative development specialist with the UW Center for Cooperatives.

Maynard says some of the recently established cooperatives are the Community Kitchen Co-op in Monticello and the Sheboygan County Yoga Co-op.

WEDC recently allocated a total of more than $150,000 in grants for co-ops to study the feasibility of development or growth plans. The Governor’s Blue Ribbon Commission on Rural Prosperity listed support of cooperatives as one of the primary suggestions from rural residents.

“Wisconsin has a long history of supporting and developing the cooperative business model,” says Kietra Olson, rural initiatives manager for WEDC’s Office of Rural Prosperity. “The model is used by many industries, including energy production and distribution, agriculture, the arts and health care services.”

New cooperatives are not the only ones gaining steam; some longtime organizations also have big plans.

Menomonie Market Food Co-op began in 1973 and has been going strong since receiving $500,000 from WEDC in 2015 to expand into a new facility. An additional $17,500 came from WEDC’s We’re All Innovating Contest in 2020 to build an e-commerce site and provide curbside pickup. 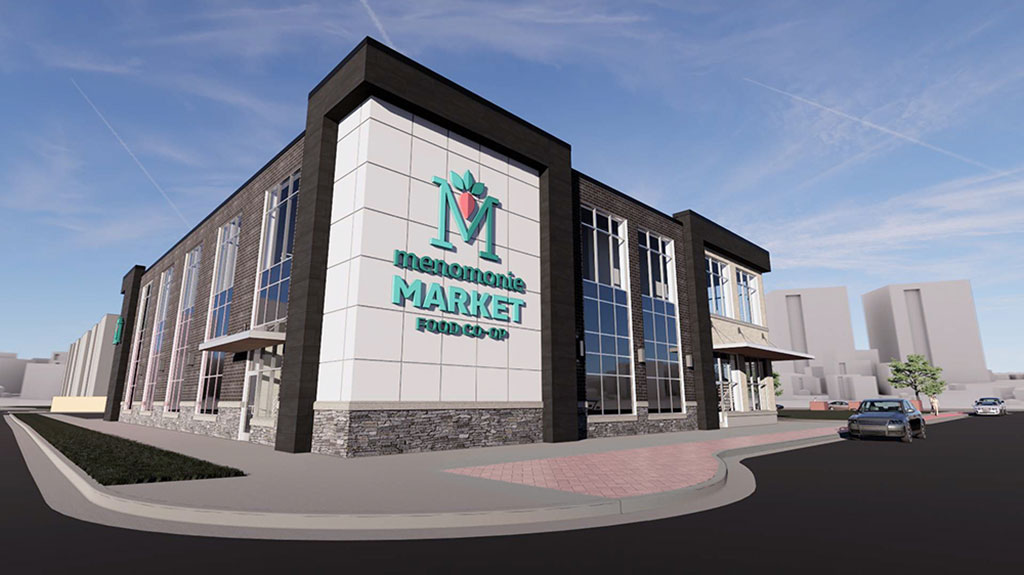 The Menomonie Market Food Co-op merged with the smaller Just Local Food Co-op in Eau Claire in 2020, and now aims to build a bigger Eau Claire store on city property.

Also in 2020, Menomonie Market Food Co-op merged with the smaller Just Local Food Cooperative in Eau Claire. Its goal now is to build a bigger Eau Claire store on city property, next to a children’s museum that is under construction. An $11,500 WEDC grant will provide a market analysis of the area, which is in a lower-income neighborhood that doesn’t have a grocery store. 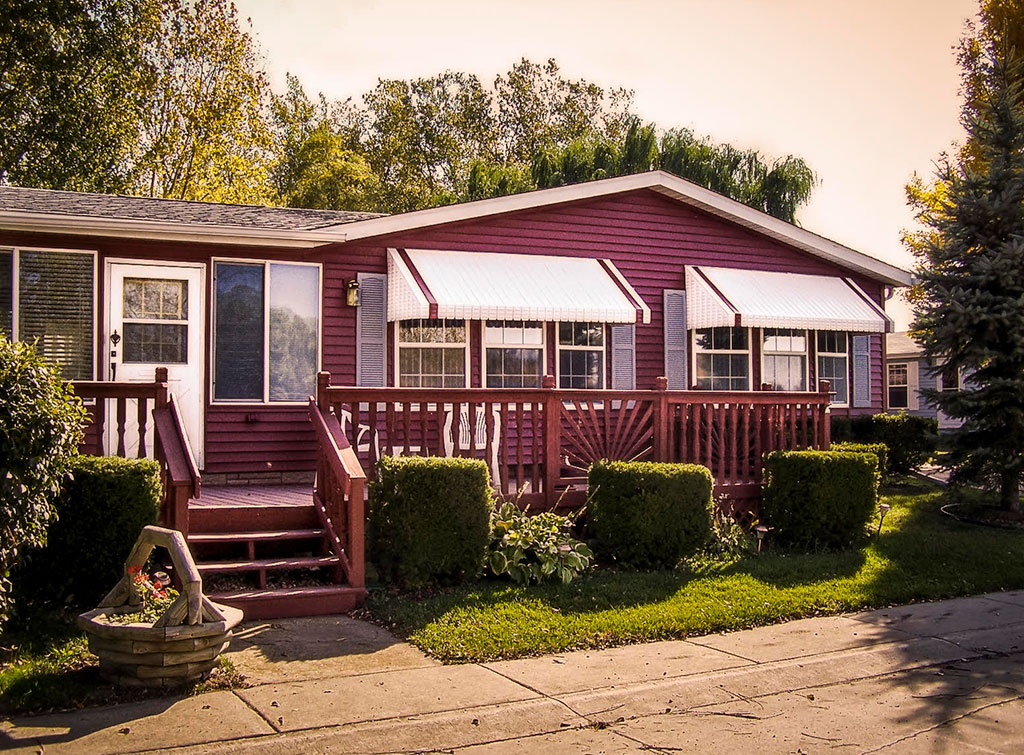 A manufactured home built by the Northcountry Cooperative Foundation

Northcountry Cooperative Foundation (NCF) is also looking to grow in Wisconsin. NCF, a St. Paul, Minnesota-based nonprofit founded in 1999, wants to establish a manufactured home cooperative community in either Rock County or Green County. A $30,000 WEDC grant will fund a study to see if a 25- to 50-unit housing development is feasible.

Manufactured homes are very different from mobile homes built before the 1970s and they are not tiny homes, says NCF executive director Victoria Clark; rather, they are comparable to modular homes, and often are built in the same facilities. The primary difference is that a manufactured home is built on and transported to its permanent foundation on a steel chassis, while a modular home is built in sections, transported on a flatbed truck and assembled on site. A typical manufactured home built today will range from 1,000 to 1,300 square feet, with three bedrooms and two bathrooms, and will cost between $100,000 and $120,000. 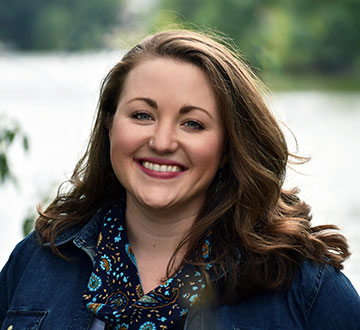 “Manufactured homes are more affordable, and they are the only type of housing in the country that has to be built to meet federal standards,” Clark says. Homeowners would join a cooperative corporation that would own and maintain the land beneath the homes.

In the past, NCF has helped the residents of three manufactured home communities in Wisconsin—in Kenosha, La Crosse and Siren—purchase their communities as cooperatives.

In addition to the co-ops already mentioned, two others received grants under WEDC’s Targeted Industry Project Grant Program: Whitewater Grocery Cooperative, which was formed in 2017 after the city’s only full-service grocery store closed and is using a $46,300 grant to work with experts to find an appropriate store site and gear up for a capital campaign, and Spring Green Animal Hospital, which is using a $21,300 grant to work with a consultant to explore the feasibility of a co-op model.

All sorts of groups have come together during the pandemic, and cooperatives are a tool that can help them accomplish their goals, says Charity Schmidt, cooperative development specialist with the UW Center for Cooperatives.

“Starting a co-op can be completely life-changing for workers and can create change in our community for the long term,” Schmidt says.