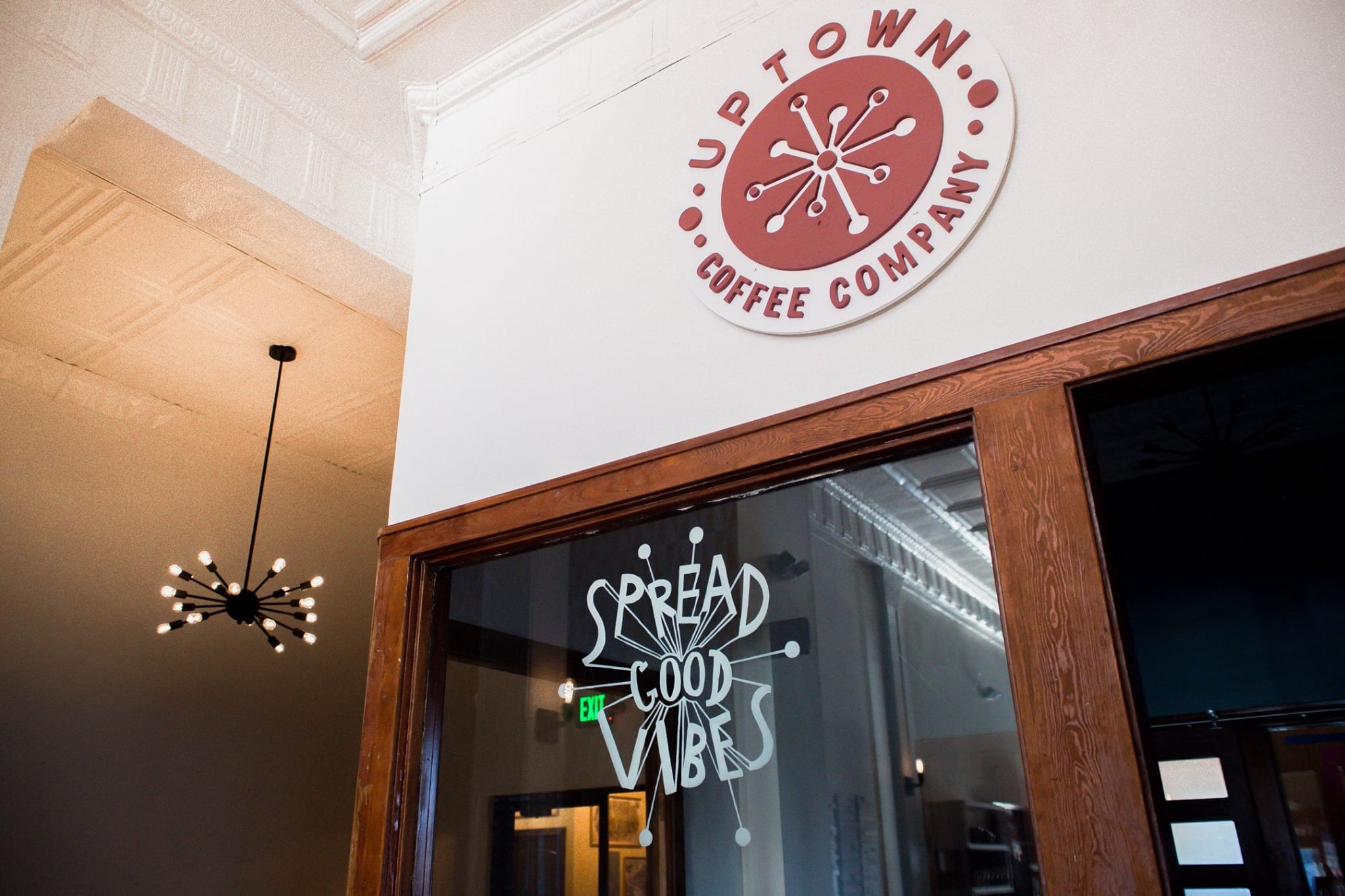 It is important, especially in these challenging and uncertain times, to recognize the success stories, big and small, happening in our communities. While we were unable to gather to celebrate as a Wisconsin Main Street community this year, we wanted to share stories from around the state that can provide inspiration and support to others. The following series of articles highlights projects and programs that are unique and impactful in improving the built environment, promoting downtowns as the heart of the community, and providing retail and service options that cater to today’s customers. You can see additional videos and images of many of these initiatives on social media by searching for the hashtag #wimainstreet.

Between renovations, infill and conversions, downtown properties are continuously reinventing themselves for the next generation of users. These award-winning examples show that all buildings can find future life if matched with a vision, some elbow grease and suitable funding sources.

Platteville has been working to replace a shuttered auto dealership at the gateway to downtown for several years. In a public-private collaboration, the Ruxton Apartments opened in 2019, providing 70 apartment units and a first-floor classroom for Southwest Technical College. With a more than $14 million investment in downtown that included brownfield funding and tax increment financing (TIF) dollars from the city, the project incorporates sustainable design and integrates elements of the historic façade into the project. Also completed in Platteville was the renovation of the former Carnegie Library, which was recognized as the Best Historic Restoration in the state. The property has been used as office space since the early 1980s, but was in need of some TLC to restore its former glory. With the help of historic tax credits, work to restore windows, woodwork and masonry was complemented with the addition of an elevator and access ramp, resulting in a one-of-a-kind office suite. 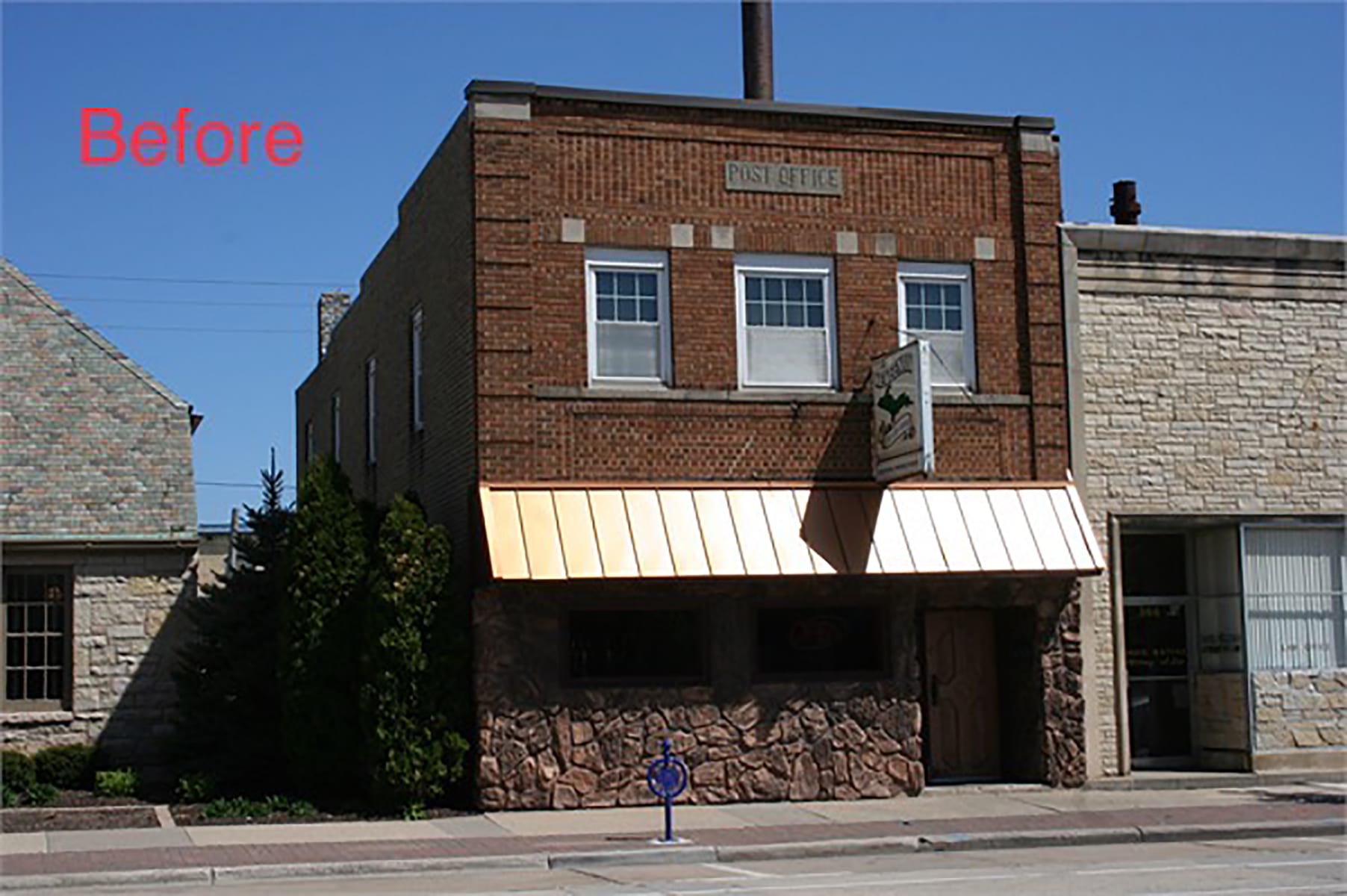 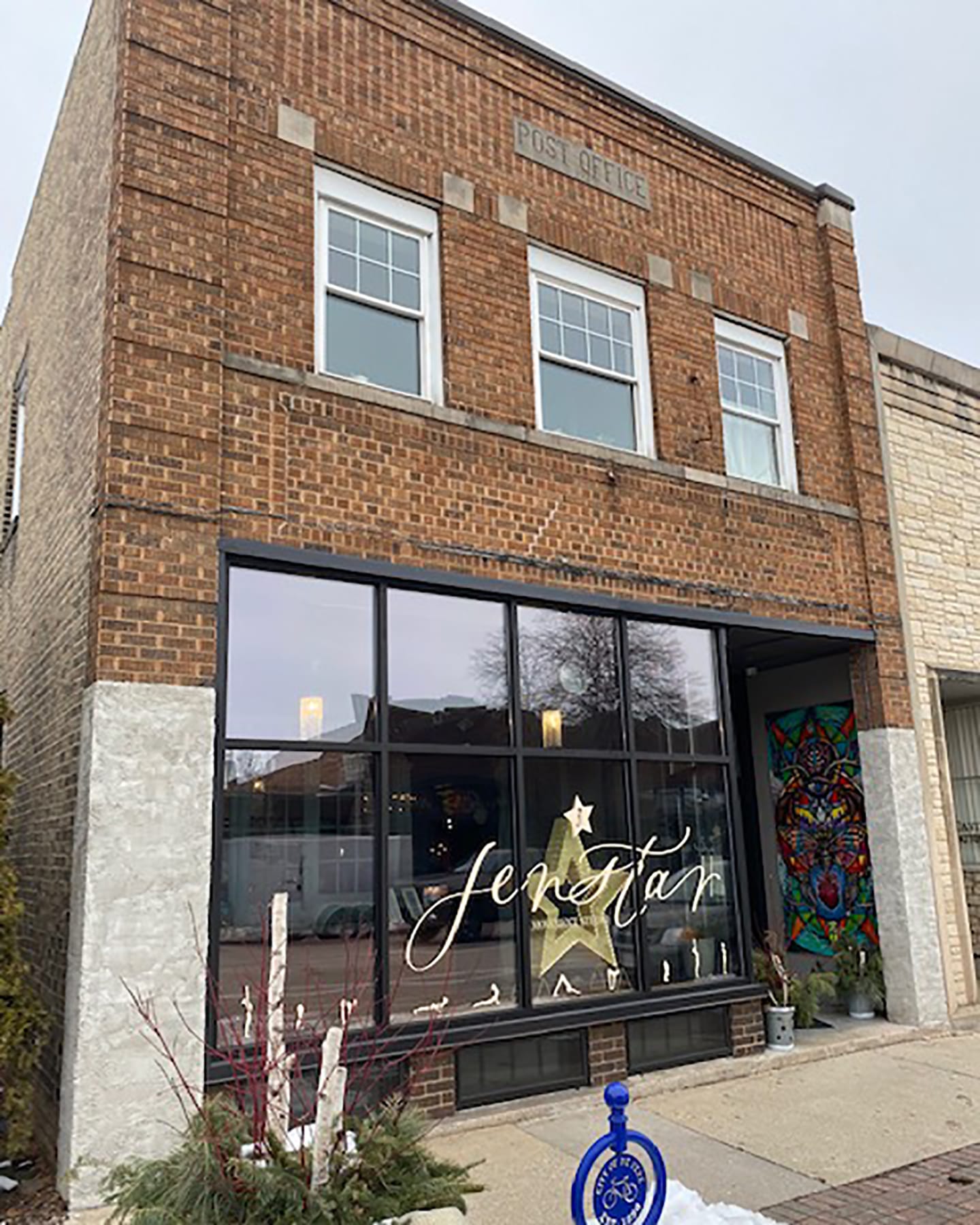 Upper floors have been seeing a resurgence as downtown residential offerings attract increased interest. De Pere’s Falk Flats project created two 700-square-foot loft units in an 1888 building at a total cost of $70,000. Suffering from more than 60 years of deferred maintenance, the building mechanicals were completely updated, while retaining original hardwood floors and architectural detailing. The units incorporate modern fixtures and appliances, which led to the units attracting significant tenant interest and achieving rental rates more than double the pre-renovation levels.

Waupun leveraged the age-old tool of peer pressure to maximize utilization of $24,000 in public façade grants. The renovation of the 300 Block of downtown started with the renovation of the longstanding Gysbers Jewelry. The successful transformation of this storefront led to three other renovation projects, which in turn attracted a new coffee and wine bar and clothing boutique to downtown. Additionally, several upper-floor residential units were fully renovated, for a total of $1 million in private investment. 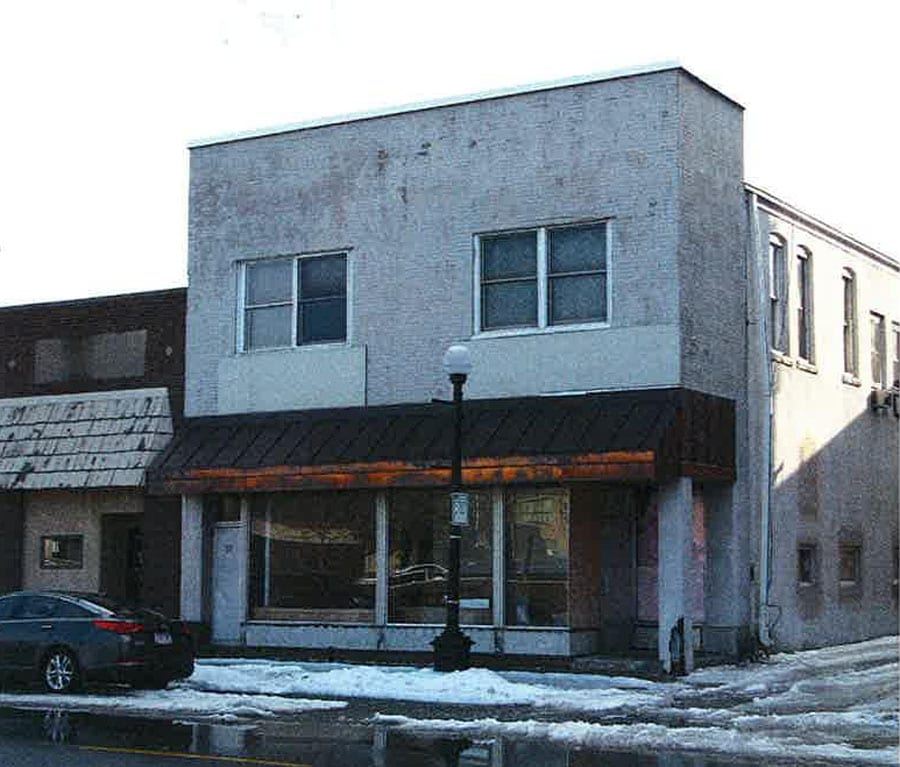 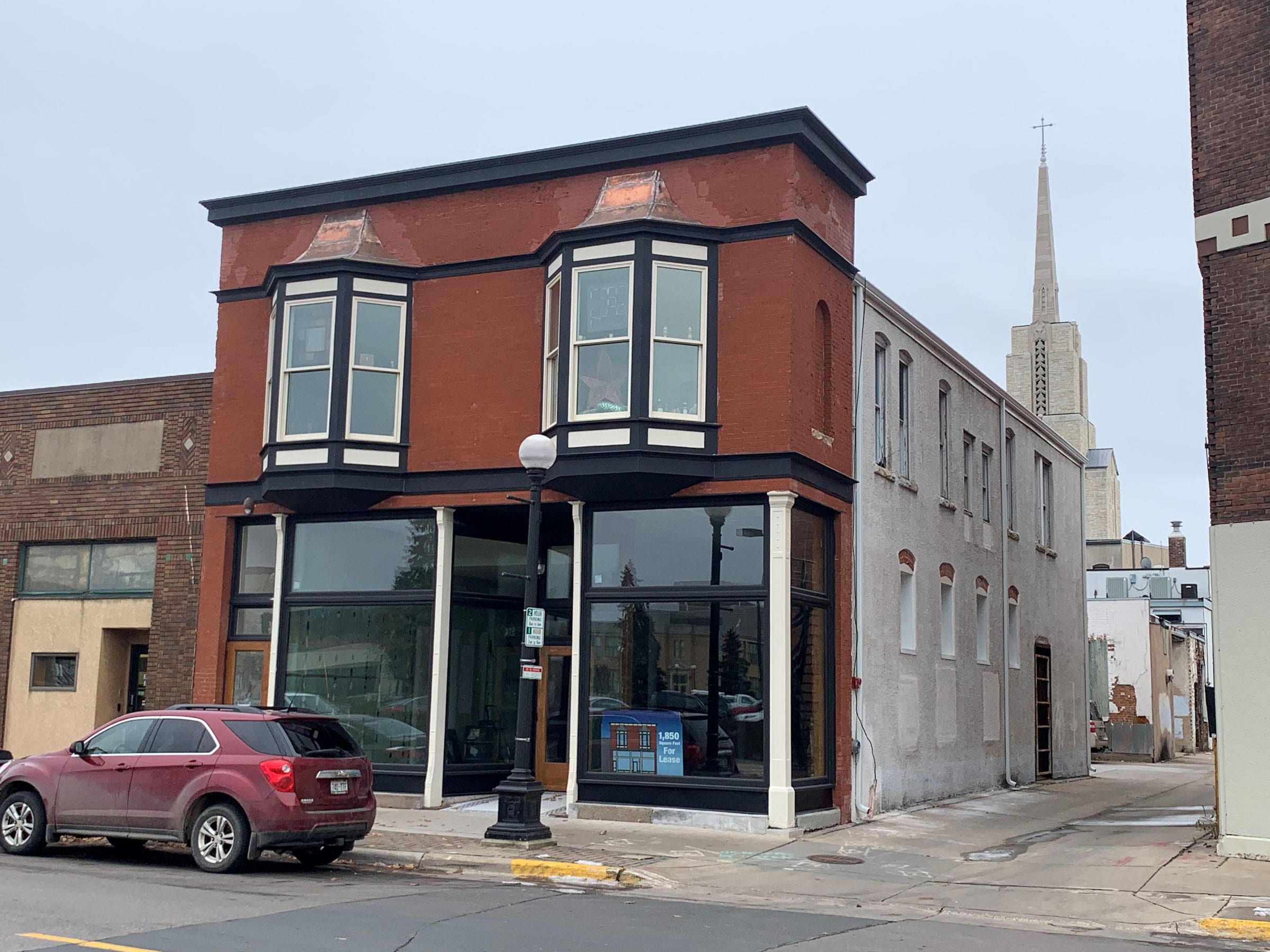 Façade renovations are a highly visible sign of investment in a downtown. Several outstanding façade renovations took place in 2019 that are worthy of recognition. In De Pere, Saks Holdings purchased the property at 268 Main Ave. and set about removing the fake-stone lower façade. With no historic photos to use as a guide, they got lucky and found the original storefront windows intact under the stone. They were able to retain these elements while also creating an accessible storefront, all for under $25,000. Another notable façade overhaul took place on the Thill and Lapitz Building in La Crosse. Vacant and blighted for decades after being stripped of nearly all its historical façade elements, the new owners decided to recreate the original design to a level where the property has been added to the local historic registry. At a cost of more than $150,000, the owners removed the stucco, restored the original cast-iron columns and reconstructed the bay windows, resulting in a full transformation of the property. 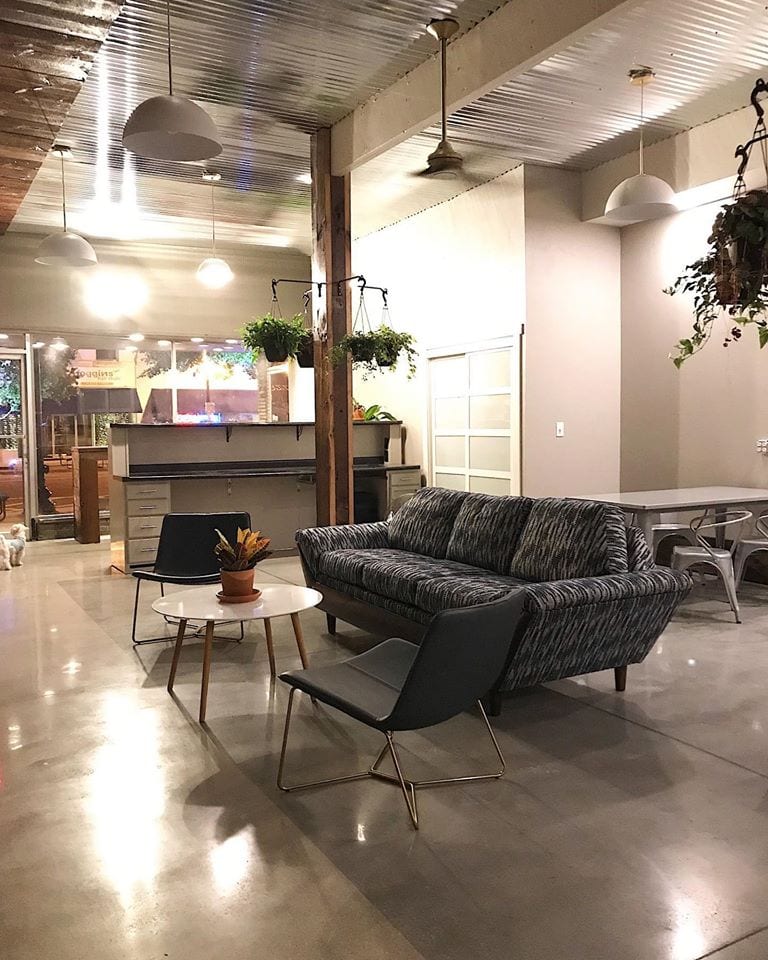 While attractive façades create an appealing downtown environment, interior spaces must be functional for today’s businesses. The 310 State Street building in Beloit underwent a full transformation, with $300,000 invested to update and upgrade first- and second-floor spaces and add garage parking for the residential unit with an addition on the rear of the property. The clean and bright first-floor space is now home to Medical Grade Aesthetics, while the upper-floor residence is an inviting loft. The investment in repairing drainage and foundation concerns ensures that the building will be a functional space for decades to come. Another notable interior renovation was completed in Marshfield, where Uptown Coffee Company transformed half of a former antique store into a modern coffee shop. By creating a shared hallway and restrooms for the two storefront tenants, each space was able to complete a cost-effective renovation while still infusing the space with unique character. 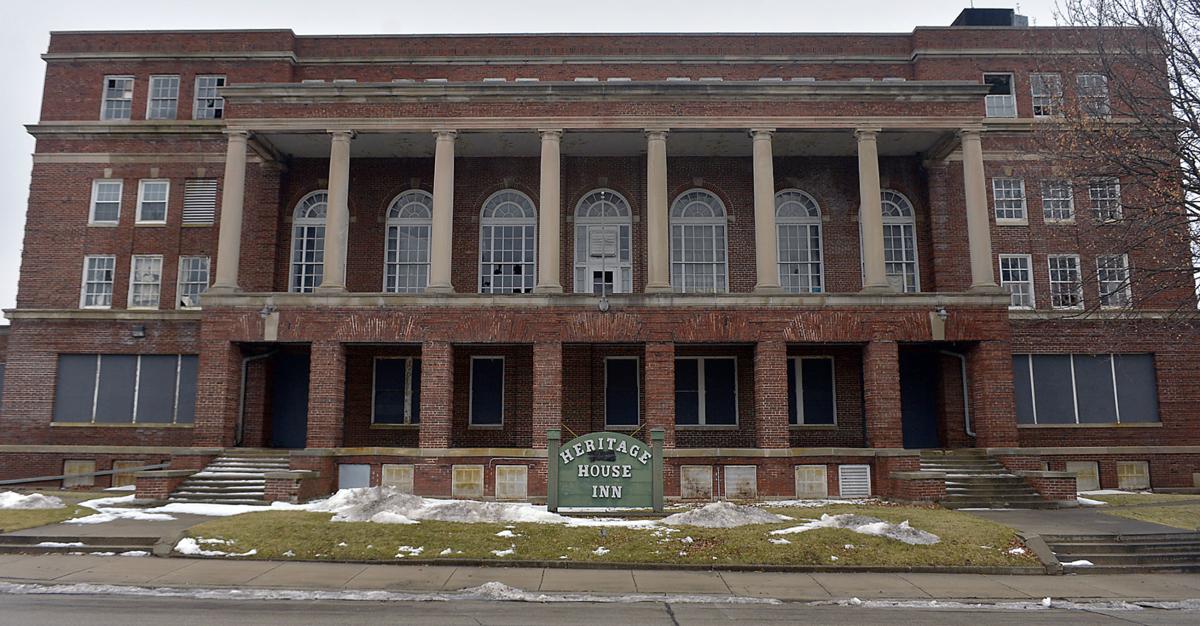 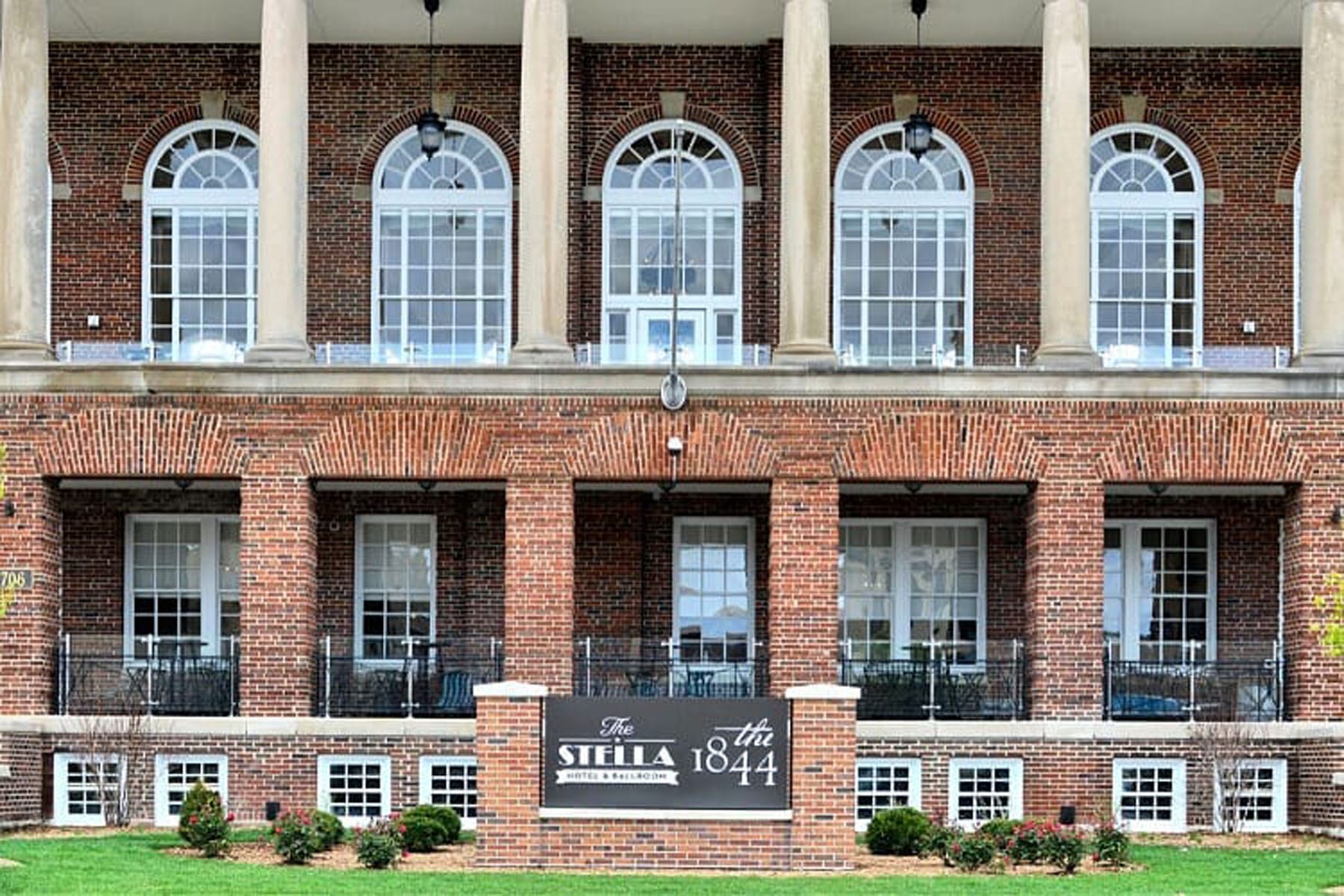 Several new hotels opened in Main Street districts last year that are worthy of recognition. The Hotel Retlaw fully restored a historic hotel into a luxury destination, offering 121 guest rooms and conference space as well as a wine bar, a café, a salon and a rooftop patio. The $26 million project took three years and more than five sources of funding, including a Community Development Investment (CDI) Grant from WEDC, TIF funding from the City, Historic Preservation Tax Credits and Property Assessed Clean Energy (PACE) funding. In contrast, the Stella Hotel in Kenosha transformed a vacant and deteriorating Elks Club into a $21 million luxury property. Retaining not only the wood and terrazzo flooring and exposed brick but also chandeliers and fixtures, the property is a stunning restoration that shows off the buliding’s original 1919 splendor. 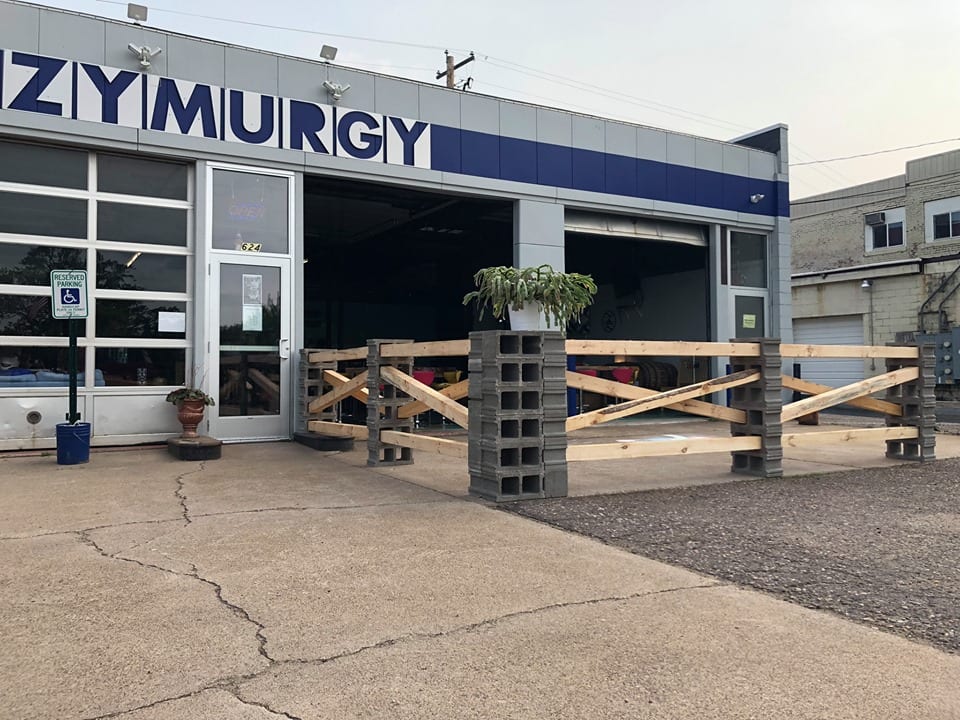 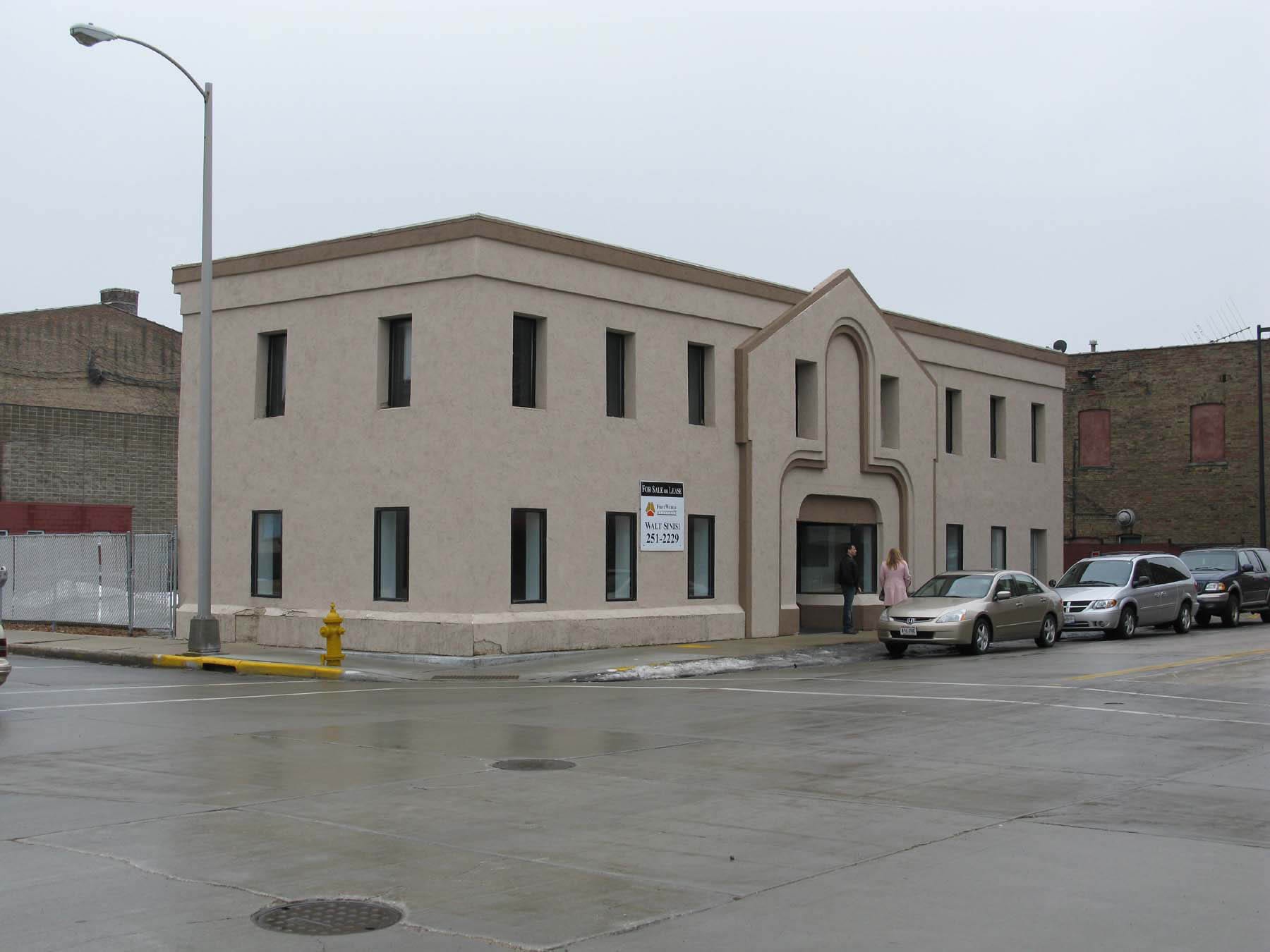 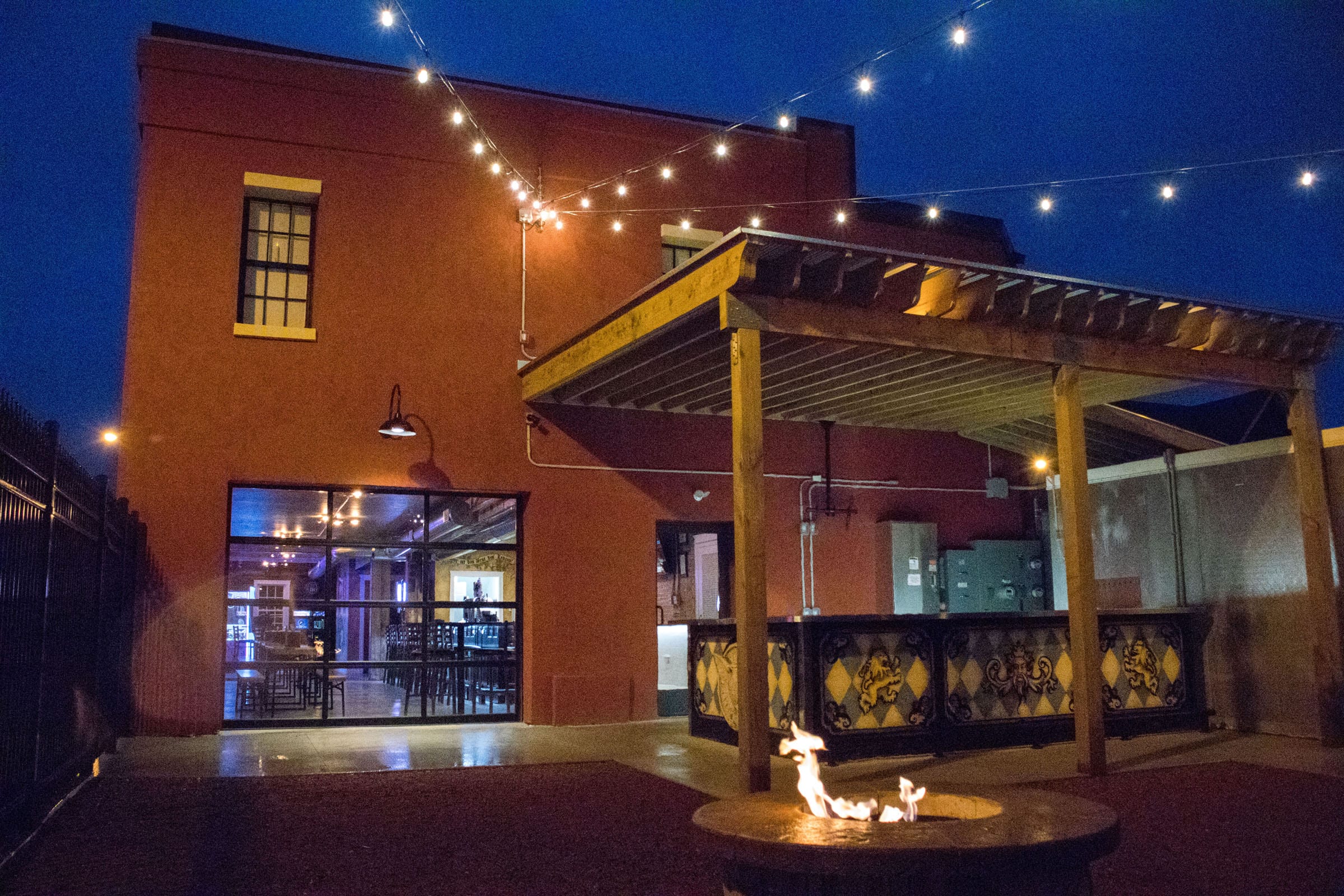 While all of the above-mentioned projects rehabilitated properties in need of an update, some properties need to be reborn to meet current business needs. One example is Zymurgy Brewing Co. in Menomonie, which transformed a former auto service garage into a brewery. The building offered some advantages, including an open floor plan to accommodate brewing equipment and ample outdoor space, but also required filling underground tanks, upgrading mechanicals and roof repairs. However, the end result is an iconic and enjoyable brewery experience. Former stables can also make great breweries, as demonstrated by the 18 Hands Ale Haus project in Fond du Lac. The former livery stable had housed more than a dozen different uses since its construction in 1880, resulting in few intact historic elements. With the help of historic photos, the property was transformed into a biergarten, converting a portion of the parking lot into a welcoming patio. The $450,000 project received funds from the Downtown Fond du Lac Building Improvement Grant as well as a CDI Grant from WEDC and TIF funds from the city.

A similar transformation occurred in La Crosse, where a historic factory vacant for 22 years underwent a $36 milllion conversion into a mixed-use development, including 64 apartments and commercial space, as part of the Landmark by the Rivers project. The iconic smokestack and riverfront location bode well for future demand. 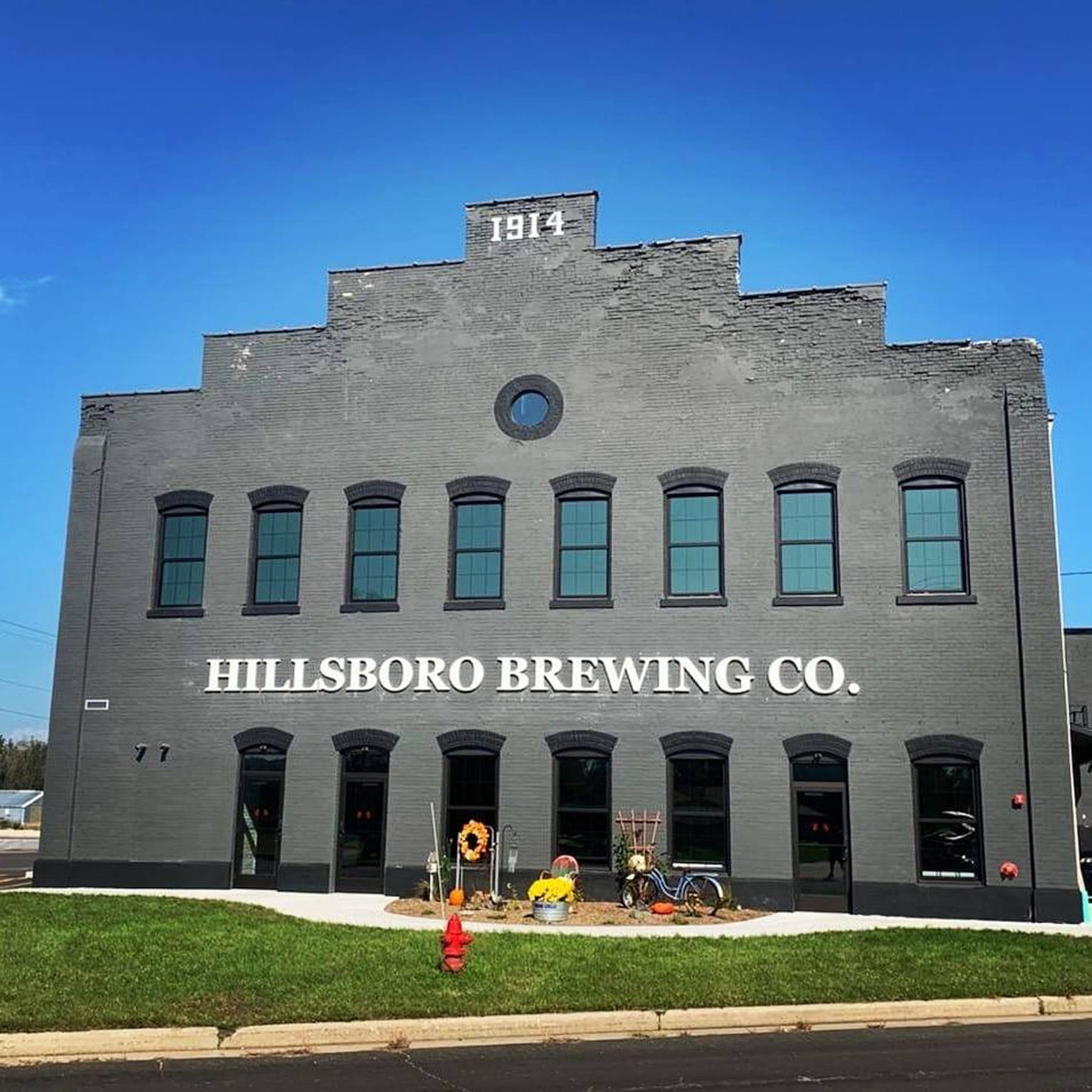 Last but not least, the former Carnation Milk Plant was transformed into the new home of Hillsboro Brewing. After outgrowing their original downtown venue, owners Kim and Snapper Verbsky took on the 28,000-square-foot property as an opportunity to house the brewery and pub under one roof while also expanding to offer additional seating and an event space. The venue hosted 27 weddings in its first year, and the site is large enough to accommodate other creative uses in the future.

Promoting downtown as a destination

Creating a welcoming environment is a critical element of establishing downtown as a destination. Planning and funding these initiatives takes creativity and perseverance, as illustrated by these diverse award winners. 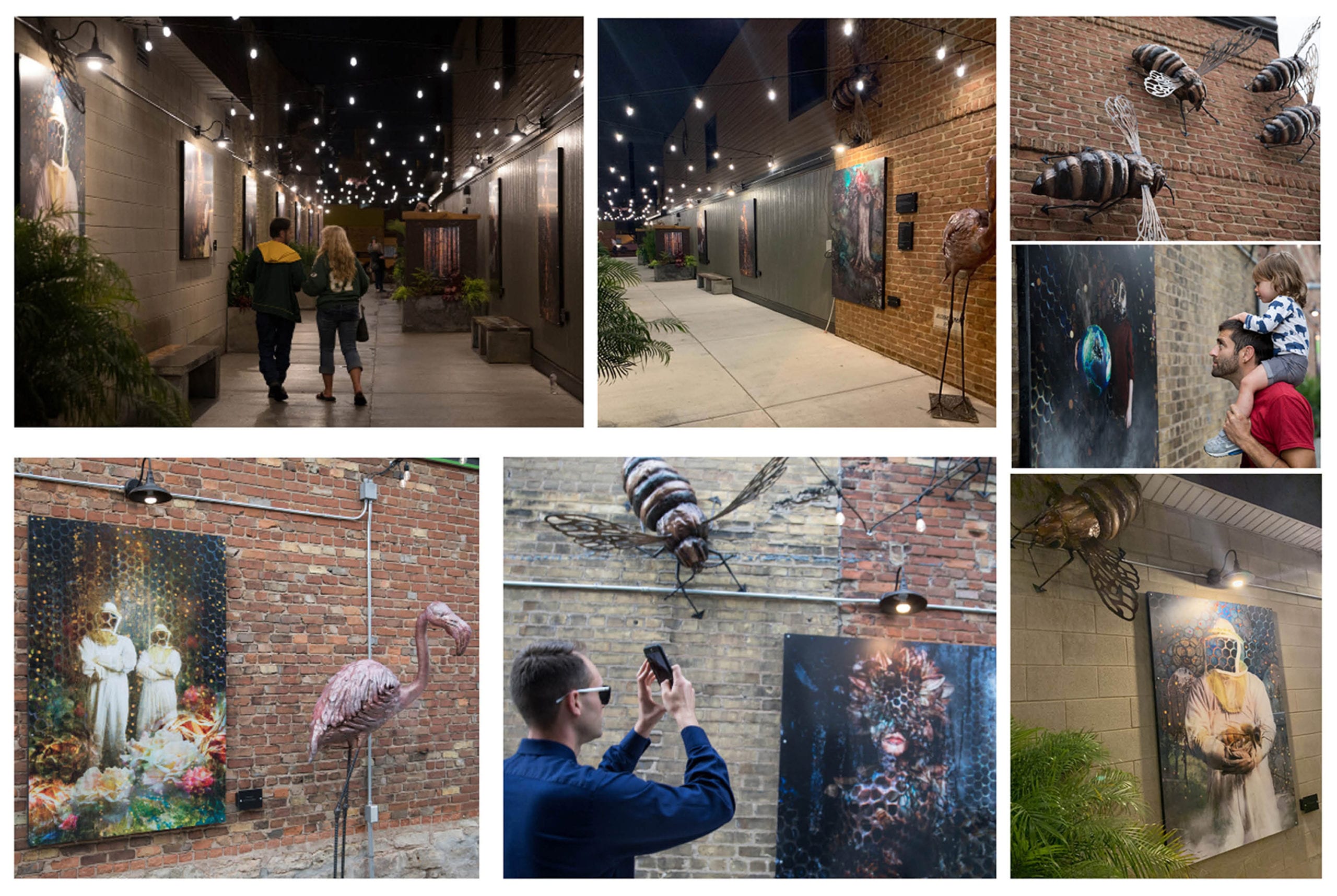 Definitely De Pere and the City of De Pere made a significant investment in their public art installations in 2019, utilizing excess stadium tax funds to complete multiple complementary initiatives, including an Art Alley, a sculpture walk and an art bench project. The projects will complement the Mulva Cultural Center, which is currently under development, and encourage visitors to explore the district—including underutilized spaces.

Downtown Ashland also maximized local partnerships to enhance the downtown aesthetics. Partnerships between the Chamber of Commerce, the city, the Workforce Investment Board, the Northwest Concentrated Employment Program, Bayfield County Jail and the Ashland School System resulted in numerous projects downtown—including park renovations featuring a lighted pergola, a downtown information kiosk and public streetscape amenities such as custom-fabricated mosaic art garbage cans. In the works is a Santa House/ice cream stand. The projects benefit the downtown with a cost-effective source of customized amenities and also offer work experience for local residents.

Watertown Main Street used a unique fundraising strategy to raise money for additional streetscape improvement. Its gift tin program featured a stocking-stuffer-friendly collectible tin that contained 27 ‘invitation to savings’ cards, each offering $10 off a one-time $30 purchase at a wide variety of local businesses. The limited-offer series of 280 tins sold out, netting $7,000 for downtown investments.

Wine and beer walks have become a popular pastime in many districts. Both Rice Lake and Green Bay’s On Broadway district were recognized for their unique twist on these events. Rice Lake recruited 160 attendees to their wine walk using primarily social media in only two weeks. The event featured wine tasting as well as a shopping passport program. Green Bay’s Broadway District has established an annual series of wine and beer walks including the Winter Wine & Beer Walk, April Broadway Beer Hop and Wildflower Wine Walk. Combined, the events attracted 2,500 attendees to stroll the district and sample both food and beverages. 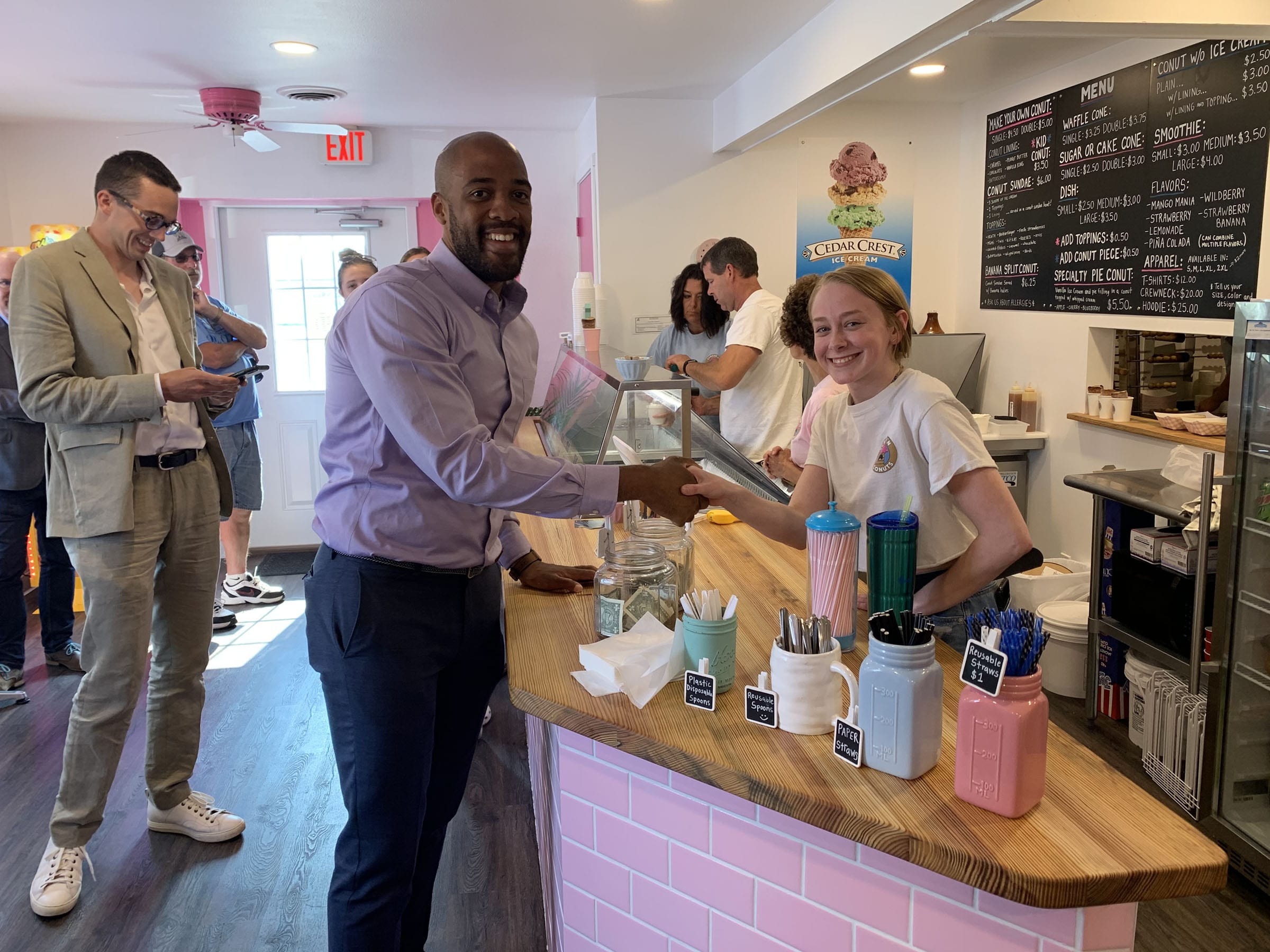 In 2019, Two Rivers welcomed a new innovative business as recent high school graduate Emilee Rysticken opened Scream’N Conuts in a bright pink storefront. Filling a gap in the market for ice cream (in the home of the ice cream sundae), the shop offers 16 flavors of Cedar Crest ice cream in their unique Conut, which is a cone made from a donut. Another new business recognized for meeting an identified local need is Food is Fuel in Orfordville. The project transformed a vacant property at a key intersection into a local food market while also allowing for expansion of the adjacent business. The renovated space created an inviting venue for locals to purchase food grown by area farmers while also employing five local residents. 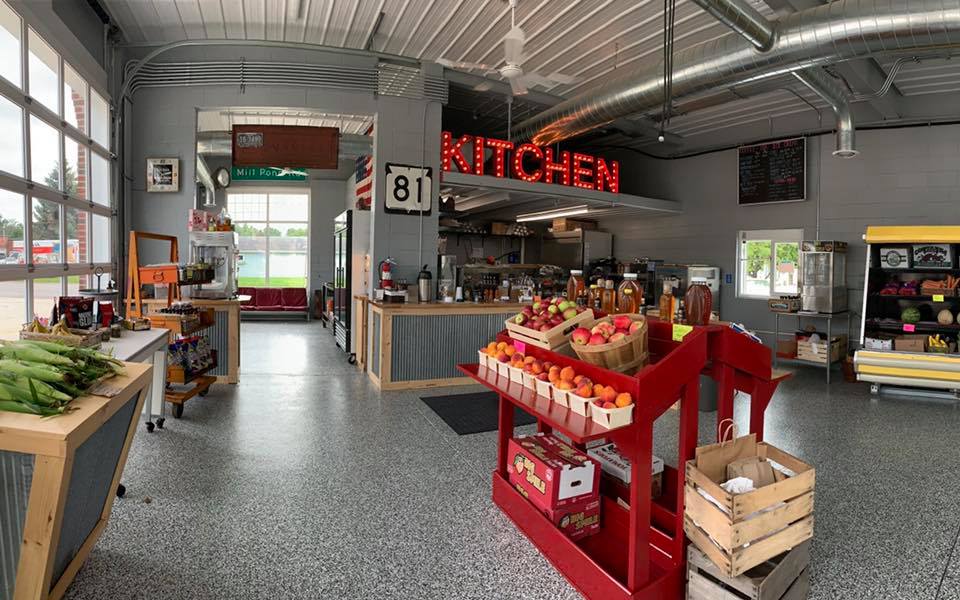 Many businesses continue to reinvent themselves and attract attention. Equinox Botanical Boutique in Kenosha does this through dramatic window merchandising. These eye-catching displays, curated with only a $1,000 annual budget, feature seasonal themes and creatively display the services and products offered by the spa.

The Wedding Tree, in La Crosse, has been a downtown staple since 1996. During the intervening years, it has continually expanded services, offering menswear, formalwear and an award-winning event venue – the Court Above Main. This success has attracted complementary businesses, which in turn support the annual La Crosse Bridal Expo. 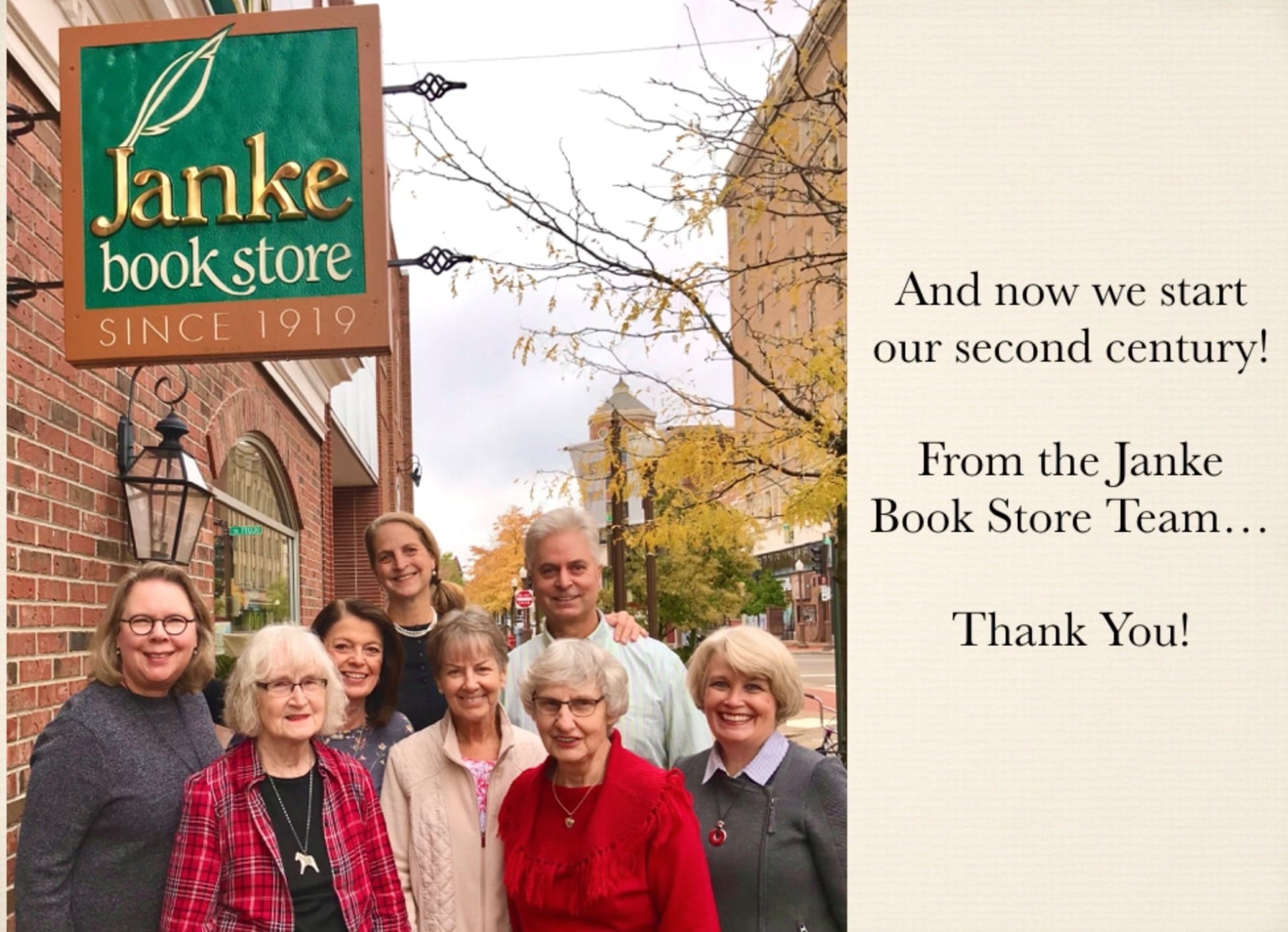 Janke bookstore in Wausau’s River District celebrated 100 years in business last year, making it the oldest bookstore in the state. The store has succeeded through four generations of owners in the Janke family and four different storefronts—always remaining downtown. The store is a destination not only for bibliophiles, but also for those seeking stationery, gifts, specialty cards and holiday window displays. It is also a popular stop on book signing and author talk tours, drawing people from all walks of life into the district.

Supporting the growth and expansion of businesses requires continual effort, which is why the Viroqua Chamber Main Street was recognized for its innovative retention programs, which include a multi-disciplinary training program featuring webinars, presentations and the 54665 podcast. Additionally, recognizing the limitations of small businesses to attract and retain workers, the group coordinated a member insurance pool, offering vision and dental insurance at affordable rates to members.